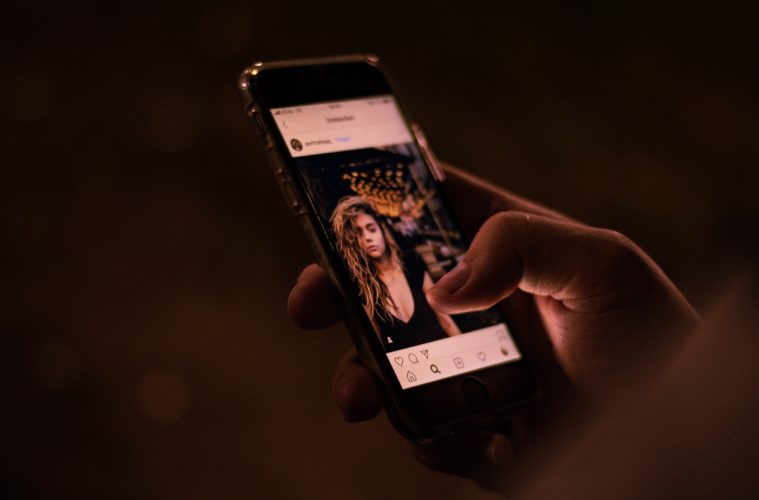 Photo by Leon Seibert on Unsplash

I post a picture of myself on Instagram. Smiling. Fit. Wearing only swimming shorts. I get a lot of likes. I check again. Even more. I check again and again. More and more likes. But it’s not satisfactory. I stop posting half-naked pictures of myself. I stop following people I hardly know, people mostly posting half-naked pictures of themselves. I post a quote by Buddha. Someone comments on it with a green heart. I tap on the profile name, one that includes ‘Yoga’. I imagine yet another typical Insta-yogi: Fit body in insanely difficult yoga position against spectacular natural background, accompanied by a few clichés about wisdom or love. But no, here’s something else. A person holding on to wall bars is bending his knees into a gentle squat. He writes about a knee injury, about the exercise he is doing, about patience as a practice. I scroll down and see that he can also do the insanely difficult yoga positions. And he is quite physically attractive. But next to a picture where he is doing an insanely difficult yoga position is a video in which he tries to do the same position but loses his balance and fails. He is real. I like the pictures. We start messaging. When I meet him in the park, Dan is lying down with his knee injury and crutches and a mantra of wisdom and love tattooed on the inside of his right arm. After a couple of hours of talking and a first tentative kiss, we say farewell for now. He takes the crutches and gets up to leave. He is shorter than I thought. But nobody can be everything I think I want. I delete Instagram, Grindr, Tinder, and some other apps from my phone. Dan and I meet regularly this summer. I start to like that he’s shorter than me. One day, while we are on the bus to go somewhere, he takes out his phone. It looks like he’s scrolling down Instagram. I feel uncomfortable. I reinstall Instagram and start scrolling as well. But then I decide to say something instead. I say that I don’t want to pretend. I say I felt less connected when he started scrolling while sitting next to me. Dan doesn’t start defending himself. He admits that it’s often quite unconscious and automatic when he starts scrolling. He says he wants to become more aware. I say that I often like how he uses social media to present himself and what he believes in. It’s how we first met, after all. He puts away his phone and takes my hand in his.

– Notice how you use social media and dating apps. Who do you follow? What do you like and comment on? What are you posting? What do you want? Do your actions create more connection and love, or do they create more separation and suffering?

– Have a day without using social media and dating apps and see what happens. What do you become aware of? Does your hand automatically grasp for the phone? What is happening at that moment? What are you feeling, thinking, and sensing? Is there boredom, loneliness, or something else? Can you sit with it for a little while?

This is an excerpt from Vikram’s latest book, Becoming Buddha, a book with meditations on everyday things like breathing, sitting, shitting, fucking, fighting, and more. Signed, exclusive copies are available in India from My Secret Bookshelf The book and podcast is also available via Mohini.no