For the First Time, LGBT Community Joins Celebration of Sikh Festival and Takes Part in Baisakhi Parade in Canada 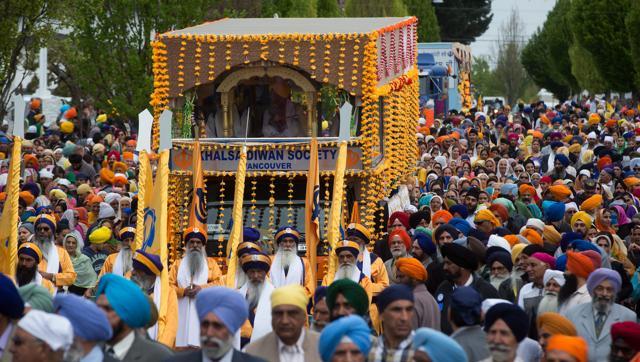 The LGBT Community in Vancouver, Canada, created history when it took part in the Baisakhi Parade taken out by the Sikh Community in Canada as part of the celebration of Sikh festival Baisakhi. Thousands marched in the parade, including Canada’s Defence Minister Harjit Sajjan.

Speaking to Hindustan Times, Pall Singh Beesla, who was the in-charge for floats that participated in the parade under the aegis of Khalsa Diwan Society, the oldest Sikh religious body in Canada, said, “Sikhism is a forward thinking religion that does not discriminate against anyone, so why discriminate against people on the basis of sexual orientation?”

Baisakhi holds a great significance in Sikh faith as the Khalsa Panth was formed on this day, and the participation of a LGBT contingent in Baisakhi celebrations is a significant way of extending support by the Sikh community in Canada to the LGBT community.

However, the Sikh leadership in India under the SGPC (Shiromani Gurdwara Parbandhak Committee) has been vehemently anti-homosexuality and has also issued edicts against same-sex marriages in the past. Most recently, there was a controversy when Indian newspapers reported that the SGPC might not honour a visiting Canadian Premier, who was lesbian, because of her support to same-sex marriages. Later on there were conflicting reports with some papers reporting that she wasn’t honoured with a Siropa, while a few others reporting that she was presented a Siropa in a private ceremony.