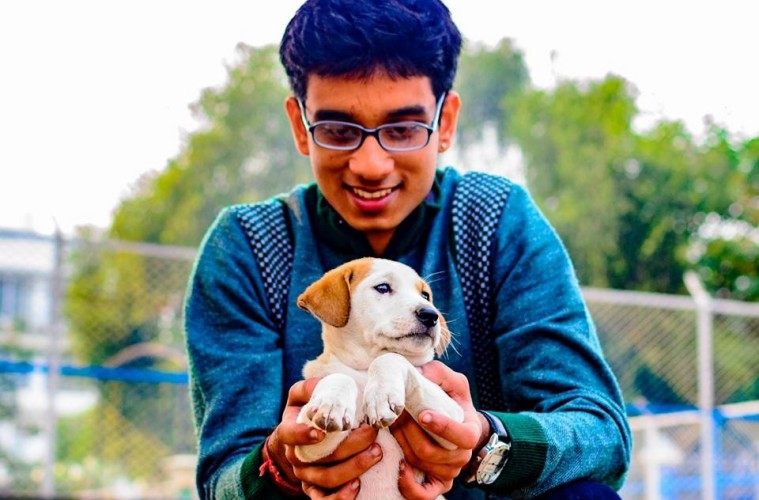 It was back in the mid of Class 12 when I was first diagnosed with it. Amongst multiple pressures like parental, peer and personal, I could never understand when did I start confusing pain as a means of escape, or confused a permanent trough in my mood as a phase of ‘intolerable mood swing’. I used to stay awake till 4:00 AM in the night, trying to find out a place on my upper arms and legs where there were no fresh cuts, corners which no one else could see except me. The day my mother caught me naughty with a rusted blade I had gathered from a corner of the house, I was dragged into a psychiatrist’s chamber. I tried to explain how I had sterilized the blade before using it for my purpose, and how I did not want to kill myself, but just give myself a certain amount of masochistic escape from the mental ache, but no one would listen. I finally gave up, and was diagnosed with Major Depressive Disorder with Suicidal Tendencies. I was put on Escitalopram, and had to bear the nasty side effects of it for the next six months, trying to collect bits of me which I thought I was losing.

Six months later, I thought it was done. Over. The acquaintances who knew about it expected me to now be an all-time happy person, who would smile at them and laugh with them, and had finally conquered ‘abnormality’ to become sane.

Now I am in my second year, and I do not know about my personality. Caught in irrational thoughts and an amicable introversion, I have been a thoughtful, dissecting, and academically inclined person, with idiosyncratic behavioral patterns which disturbs my friends, irritates those around me, and makes me barely tolerable to the ones around me. I used to think (and somewhere I still do) that this is the way I am, one different valence electron moving along margins no one comprehends. I have a partner for the last seven months, who loves me a lot, and has been trying his best to love me with these idiosyncratic upheavals and stressful behaviors, which, till about 2 months back, I used to think, were a part of my identity.

Two months back, with a head splitting migraine, I was forced to visit a Neurologist, who, on some preliminary conversation, suggested me to a Neuropsychiatrist. I knew where I was going to be stranded. Multiple tests, both medical and psychological confirmed the diagnosis. I am now a walking psychological mess, diagnosed with high Major Depressive Disorder, Early Stage non-Schizophrenic Atypical Psychosis, Cluster A and C Personality Disorders, Cluster B Personality Disorders except Anti-Social PD, insomnia, and Major Anxiety Disorder. I was shattered. Broken. Like the arrow from sometime back, which was supposed to have been conquered, had come back and hit me straight in the mind. And amygdal, frontal and temporal lobe aberration looked like the physiological cause of my psychosis.

I was worried if I would need to be sent to an asylum, but my therapist says it is not necessary yet. I have been put on a number of drugs, the number being so huge that I sometimes can’t keep a count.

Escitalopram, Clonazepam, Aripiprazole, Alprazolam and Zaleplon, Sodium Valproate I am having them all. I carry a prescription always in my bag, not knowing when I might need it. Abusing my body with multiple drugs just to fit into a label of sanity that I am apparently dissociated from. Being bowled over by side effects that I don’t even remember at times. Undergoing counselling and therapy every weekend with a hope of dealing with the psychological issues a sequin at a time, and to finally find peace.

As days progressed, I encountered verbal and physical abuse at my home. The next day, while entering the campus, my head went dizzy, things looked like monsters, and I was rushed to the HOD of the Department of Psychiatry at Calcutta Medical College. Adding Schizophrenia and Bipolar disorder to my list of diagnoses, he discharged me with a one month reporting time.

My social interactions, my general mode of functioning is being strangely hampered. Mood swings, depression, anxiety, all of these affect you in an invisible way, just like the astrologer’s stars and planets affect your life. I have recited Hamlet in one of my Psychotic moments, have had a nervous breakdown for which a high dosage of a sedative needed to be given, and have become socially reclusive. 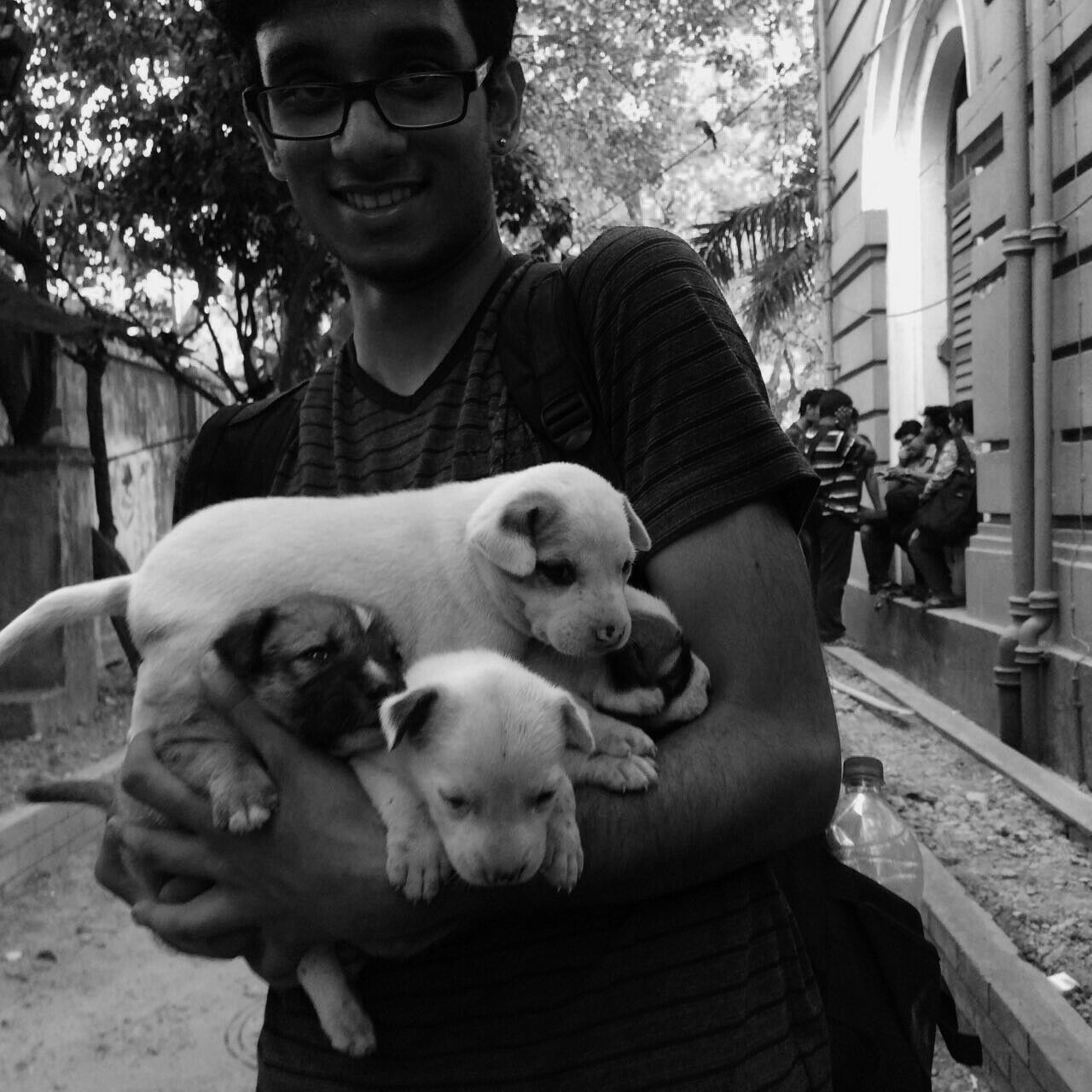 Very few people know about all of this. I am yet to accept myself this way, to be comfortable with being a psychologically ill patient requiring treatment. But yes, I am consciously trying. I have a supportive partner, a few other supportive people, who tell me from time to time that I am not my disorders. To those who know and are supportive, one day when these scratch marks disappear from my hands and my mind has its functions running smoothly, I will ensure that the effort you are putting is not going to waste. Those who don’t and yet are close to me, please do not be sad, hurt or angry; it took me so much of time to understand myself, the mess I am, and finally put it into words. To those I have irritated and disturbed, know that I probably don’t mean any of it. I am ‘mad’, ‘crazy’ and ‘crack’, and no, I do not need any sympathy for it. Many people have questioned my boyfriend of his tolerance about me, and a few have had the audacity to ask where did he get me from.

These hurt. These certainly hurt. But you know what, these are probably how things function. The sociopolitical spaces bring forth ‘jest’ as a weapon to attack, mock and molest things which don’t fit the ‘normal’ psychosocial framework, and gives the ‘jester’ an opportunity to shield themselves from what might come off as a harsh attack or an impolite rambling.

I do not know why I am writing this article. Just to let my feelings out? Yes. Because my therapist has asked me to do so? Yes. But beyond that, it is also about trying to tell all the other people who are suffering from such conditions to take their time to understand and accept themselves.

I have recently started contributing to a well known Personality Disorders Page on Facebook, which has given me the opportunity to interact with various people who deal with and suffer from the problems too. They all are wonderful people, just slightly broken at certain places.

And trust me, we can be healed. And we can be loved. Give us a chance, and let us give you a chance. And yes, let us be picked up by certain people who are ready to caress us, and not point fingers at their choice, for you never know, how people of my ‘clan’ might weave starry nights for themselves and the one, while you just disappear into some distant supernova.