June 27, 2017Blogs
Md Naeem was the last of four people to be beaten to death by villagers in Sobhapur, less than an hour’s drive from Jamshedpur, Jharkhand’s most populous city (Manoj Kumar/HT Photo)
Home
Blogs

Imagine yourself doing the most ordinary act! Something as ordinary as sitting in a train with your queer friends. And while you sit, perhaps, taking in the ordinary view of the countryside, from out of the ordinary, comes a gang of people who despise you for who are, and how you dress. They abuse you. Call you, ‘hijra,’ ‘gandu’ and then begin stabbing you with a knife! Gory, isn’t it? Especially, when you picture yourself!

Sadly, anecdotes, like these, are becoming increasingly ordinary. The reasons could be any, the way you dress, what you eat, your religion, or your political belief! This story also rings true of sixteen-year-old Hafiz Junaid who had gone to Delhi’s Sadar Bazar to shop for Eid and never returned home. 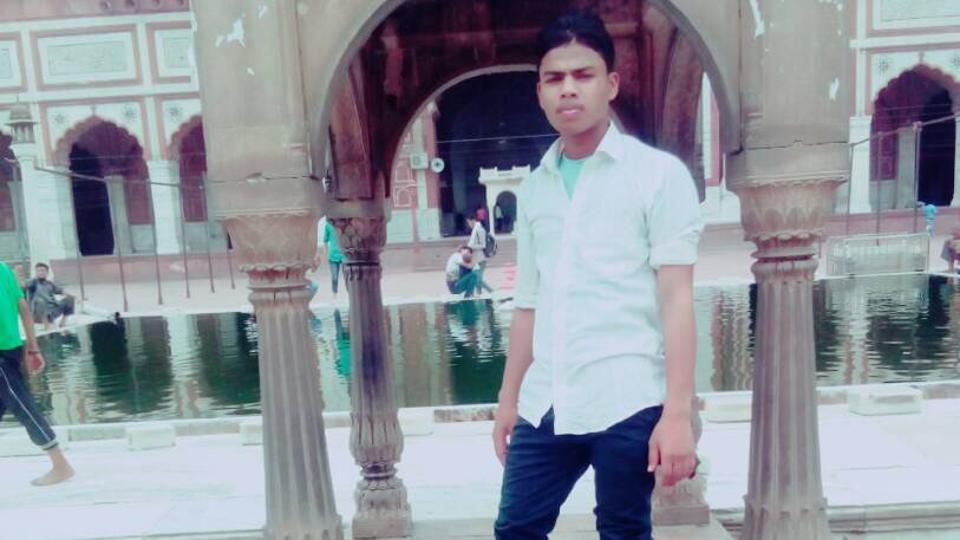 Hafiz Junaid, the 16 yr old who was lynched by the public in a train in Delhi

Those who wield power over others enjoy doing so by instilling fear in others. The language of shame and exclusion is the same. Whether it is the transgender woman who does not get a house to rent or the Muslim family that cooked beef and then got mercilessly beaten. When the voices of the majority prevail by shaming, punishing and stabbing those bodies that do not conform, then it reflects a much deeper reality that difference and diversity has no place in our society. This also marks the beginning of a disturbingly dangerous time ahead. Passivity, denial and indifference collaborate with those who wield power and inflict violence.

What we are experiencing now is reminiscent of Nazi Germany, where Hindutva forces strategically do not use indiscriminate power, but methodically single out a group of victims and lynch them in the name of nationalism or beef eating.

The journey of a number of gay/lesbian/bisexual/transgender/queer Indians began from a space of (a fear of) exclusion. Some are privileged to hide our differences, and suffer less. Some are not that fortunate. It is in the ordinariness of living our lives that we have to negotiate how our physical bodies and lived realities become vectors of power. The first step of courage begins with us, when we decide how we live our life. We lay down our own rules. When a person affirms one’s reality and acts, there leaves no room for passivity, or denial or indifference. Isn’t it time that gay/lesbian/bisexual/transgender/queer people not only queer spaces with our bodies and our sexualities, but also by what we eat and what we say? Every utterance of pride at what we eat and how we choose to dress our bodies and whom we love can also become an act of resistance. 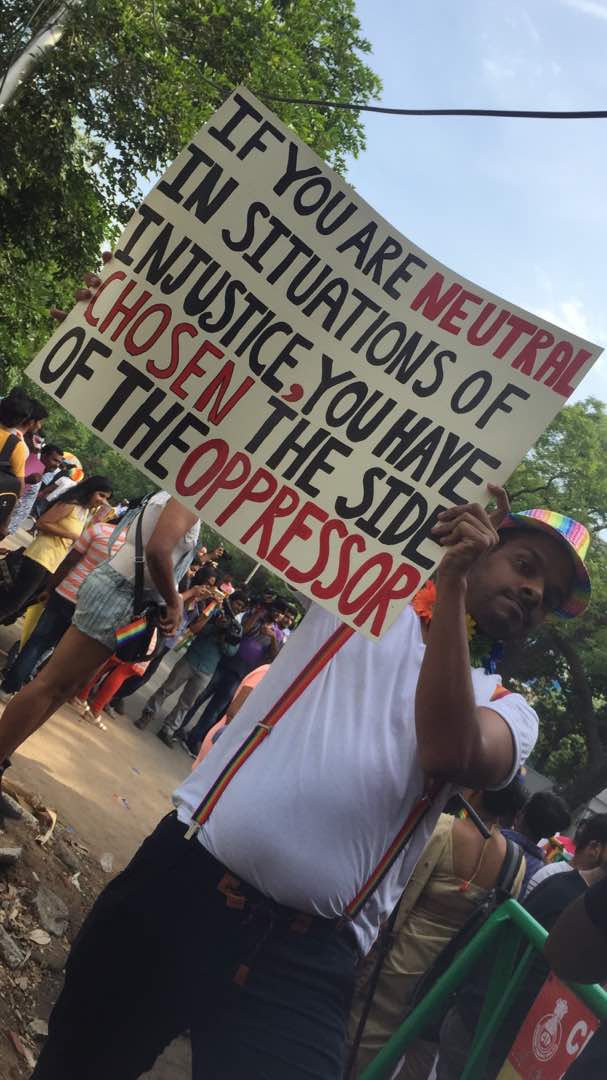 Growing in awareness of one’s own and other’s pain is also a call for lots of patience. Because every time we or someone calls out an injustice (maybe for the nth time), it might require us to also make ourselves vulnerable to understand that pain and violation (again, and maybe for the nth time). Sometimes, it requires humility to accept the hatred we have acquired culturally towards a particular group of people and forgive ourselves and those who instilled this hate.

Perhaps, it is time that as individuals, we allow ourselves to become extremely critical of the political groups that thrive on violating other minority groups. We cannot allow ourselves to be silent in the face of violence and hatred. We must call out the demons around us.

As one poster at the Chennai Rainbow Pride 2017 read: If you are neutral in situations of injustice, you have chosen the side of the oppressor (which, by the way, also had an alternate reading; Netural, Chosen Oppressor, which is tad easy to guess).