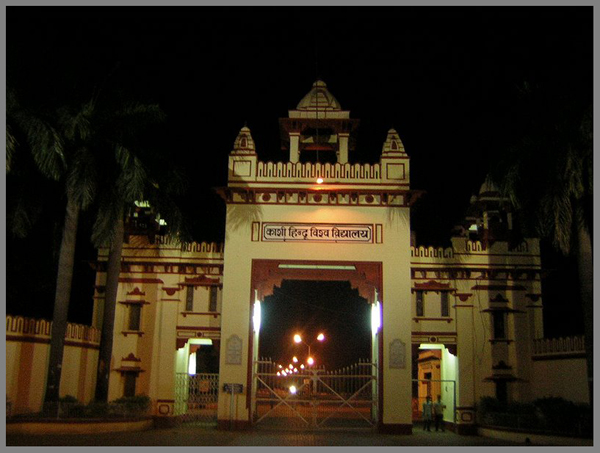 A 19 year old MA Hindi male student of BHU was gang raped by five men inside a car in the Benaras Hindu University campus on August 13. Despite 10 days having been passed, police is yet to take any action against the rapists.

The case was first reported by PatrikaNewsand according to reports in the media, Animesh (name changed) had gone in the evening to theMicrobiology Department of BHU’s Sir Sunderlal Hospital to fetch medical reports of his sister-in-law. He was accosted by a man named Dinesh in front of the Institute of Medical Sciences and was dragged inside the car, which carried the departmental logo of the university. Dinesh, along with his four accomplices, forced Animesh to drink liquor. He lost conciousness when the accused made him smell some drugged substance. They then took turns to rape him in the moving car and dumped his unconscious body on the open ground of the agriculture department.

Upon regaining consciousness, he dialled 100, but the police took four days to register the case. Despite the first medical examination having confirmed rape, he was made to undergo a second examination. The University too has not taking any action. Talking to Catch News, Satyendra Kumar Singh, the chief proctor of BHU, said: “We are aware of the incident. What can we do if the police is delaying the investigation?” He further said, “The vice-chancellor is out on a visit. We will constitute an inquiry committee when he comes back. The action would be taken based on the findings of the committee.”

Police and BHU administration are allegedly forcing Animesh to take back the case.