“There is nothing like gay and lesbian cinema and mainstream cinema. The audience wants to see all kinds of stories. They will come to see good films. We only need to market it correctly,” said Ravi Jadhav whose films Natrang, Balgandharva, Timepass have been big box office hits, as well as critically acclaimed. Jadhav was present along with Jagruti Jethe for the event.

“KASHISH Forward is a series of one-day festivals that would travel to campuses across India, aiming to reach out to and create awareness about issues of the LGBT community, both to students, and faculty members so that a discussion around LGBT issues and equal rights can be kick-started. We want this to be a year-round activity of engagement with colleges around India,’’ said Sridhar Rangayan, festival director of KASHISH. 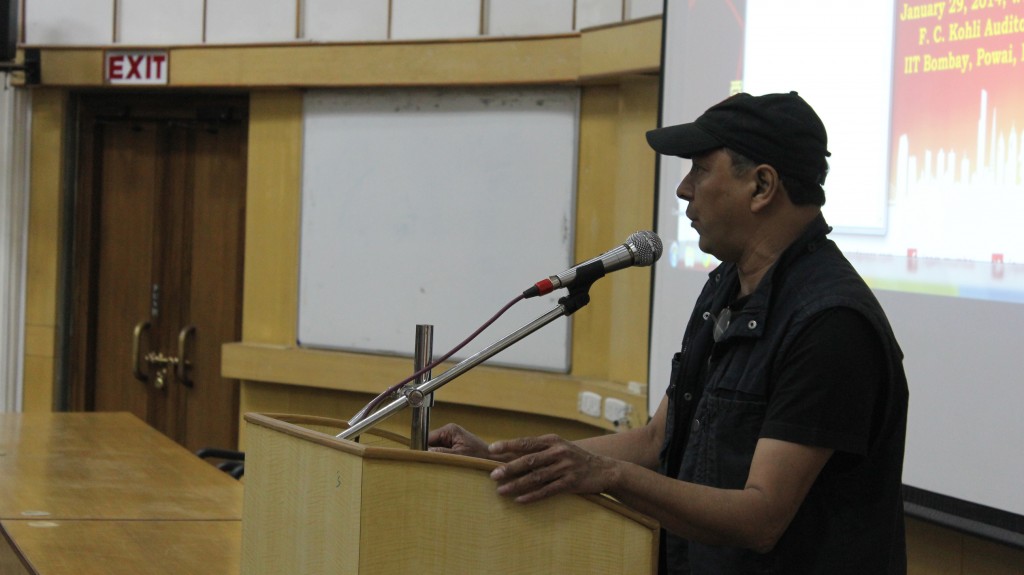 Sharing a common vision of connecting with mainstream audience, Saathi and KASHISH focused on creating an event that would appeal to everyone on the campus, complete with bilingual posters and email invites in English and Marathi. The free event was open for all, from and outside IIT-B campus.

Aditya Joshi, a student of IIT-B, and one of the organizers of Saathi, said: “It was heartening to see a full house with a 350+ strong audience. The cherry on the cake was that many in the audience were non-queer members of the IIT-B campus who had come to understand queer people.”

Based on a story written by the renowned writer Vijay Tendulkar, Mitraa is a short film about a strong girl with a different sexual orientation. Set in mid 1940s, her behaviour and feelings are looked down upon as unnatural by the society around her. The film concludes with India finally gaining Independence, however the LGBT community is still struggling to find their space even after more than 60 years of a free India.

Mitraa, which won the Best Indian Narrative Short award, carrying a cash award of Rs.20,000 sponsored by Anupam Kher’s Actor Prepares at this year’s KASHISH, has been nominated for a GBP 25,000 award at Iris Prize Festival, the highest award in the world for LGBT films.

“If my film wins the award, I will donate the money to KASHISH,” said Ravi Jadhav amidst thunderous applause.

Mitraa is also travelling to several festivals around the world, where the screenings have been facilitated by KASHISH with its partner festivals.