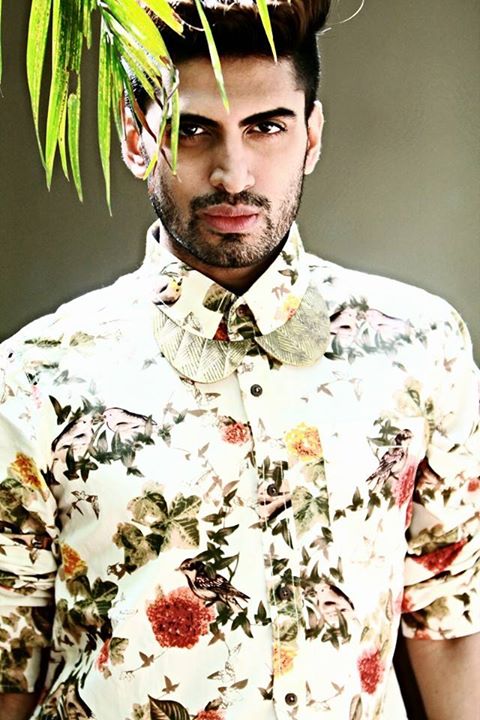 At the Mr Gay World pageant in Rome this year, India’s Sushant Divgikar packed in quite a powerful performance. He won four sub-awards at the contest, including People’s Choice Award, and was placed in the Top 10

How did you hear about the Mr Gay World competition and what motivated you to participate?

I heard about the Mr. Gay World pageant when I saw Nolan Lewis on the cover of Pink Pages magazine and I instantly knew I had to go for this. I was confident that with the resources I have in terms of support systems, what with being openly gay, accepted by everyone around me and being a public figure would prove helpful . My motivation was my intrinsic need and want to be heard and also be the voice for millions of people who are locked deep in the closets of shame in our country and cannot express themselves.

What were you expecting from the competition initially? Were you nervous?

I am never nervous because I know what I am and who I am. There are no facades. I won’t fake being butch to win a title ever. I have always been myself and very comfortable with it, and evidently the world loved it. Yes I was a tad apprehensive about not getting my visa, but then when I got that sorted I knew there was nothing that could stop me from giving it my best shot. My initial expectation from the competition was to atleast bag two sub awards and feature in the Top 3.

Did you have to undergo any kind of training to prepare? Did your experience as an anchor with UTV prove helpful?

I did not go through any particular training or grooming to prepare because at the Divgikar residence, I learn something new and improve everyday. I am groomed every other day, unintentionally, as a result of being my parents’ son. The pearls of wisdom they throw at me are beyond any formal training one can achieve. Yes my experience as a media personality, a live performer and someone who adores the stage did prove helpful, because it was like any other performance I have ever given. I’m not nervous in front of a crowd and have no inhibitions, which definitely proved to be a plus point for me… Who else could have done a Shakira belly dancing step, worn a sarong and stripped it in the swimsuit round, sang in three octaves in the talent round and made foreigners say an Indian name exactly the way it is supposed to be said?

How was your overall experience interacting with the other contestants?

It has been a complete pleasure to meet the other delegates, and we are now a family. I love each one of them and have plans on meeting everyone in Denmark for New Years’ Eve .

You won the Mr. Congeniality and Mr. Art awards, and made it to the Top 10. How does it feel?

Yes. I won 4 sub awards, the highest number of sub awards ever won in the history of the pageant by any delegate from any country—including the Mr. Congeniality, Mr. Arts and creativity, Mr. People’s Choice and the Team Sports award . I was on cloud 9 when I received each one of these awards. It feels splendid to be referred to as one of the 10 most beautiful gay men in the world this year. It is a complete honour.

What has been your biggest strength for participating in this international pageant?

My biggest strength, not only for this competition, but for everything I do, are my parents. I say this because not only am I thankful that they decided 24 years back to have me, but also because they raised me and my brother so well. We were made to believe that nothing is impossible if you work hard towards achieving the goals you set for yourself. If I am strong enough to accept myself it is because of such parents that I have been blessed to have, and who have accepted me just the way I am. I would love if every parent, whether their child is gay, straight, male, female, black, white, grey, pink, fat or thin, is able to accept their children for being unique and special .