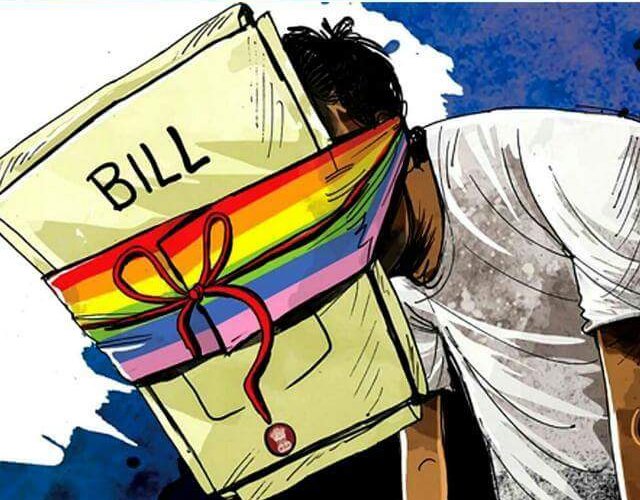 December 15 will witness a ‘Delhi Chalo’ protest against the central government’s decision to ignore all civil society inputs and table the much criticized Transgender Persons (Protection of Rights) Bill of August 2016 in the winter session of the Parliament. This decision is being seen as a stunning reversal and letdown by the Government of India after more than a year’s dialogue with transgender and intersex community groups on how to improve the Bill and make it more inclusive and respectful of gender diversity.

A series of events and other forms of protest have been lined up or already started by the transgender and intersex communities and their allies across the country in the run-up to the December 15 gathering in the capital. These include protest marches in several cities, an online signature campaign initiated by Sampoorna India, a postcard campaign started by community groups in Bengal and other states to flood the Prime Minister’s Office, twitter and other social media campaigns, and media interfaces demanding that the Bill not be tabled in its current form. Dialogue with MPs and MLAs of different political dispensations is also on the cards to create pressure on the government to drop its plans to table the Bill.

On November 19, 2017, The Indian Express carried a report that quoted Social Justice Minister Thawaar Chand Gehlot of the Union Ministry of Social Justice and Empowerment (MSJE) that they have rejected all the recommendations of the Parliamentary Standing Committee on the Transgender Bill. Instead, the ministry would be tabling their earlier, unamended version, the Transgender Persons (Protection of Rights) Bill 2016, in the upcoming winter session of Parliament. This news caused outrage among transgender and intersex communities and their allies.

The Bill if tabled in its current form, does not uphold the right to self-identify gender, proposes physical screenings by District Screening Committees to be used to certify trans, gender variant, and intersex people as transgender, offers token measures in the name of anti-discrimination, and refuses to recognize the distinct, even though sometimes overlapping, concerns of trans and gender variant individuals from intersex persons.

The Bill also criminalises begging, proposing six months to two years imprisonment with fine. This puts vulnerable trans and intersex women who beg on the streets of India, due to lack of any other livelihood options, at grave risk of further police and State violence. The Bill is simultaneously silent on any alternate livelihood schemes in addition to not addressing the issues of affirmative action in education, employment, and trans and intersex healthcare.

The Bill in its current form is a grave violation of the 2014 Indian Supreme Court’s NALSA judgment on trans, gender non-conforming individuals’ and intersex rights and is not in consonance with international precedents either that honour human rights. While many countries have made exemplary strides in trans and intersex rights, example Malta and Argentina, India will be stepping backwards in immeasurable ways, if this Bill is passed.