Suspecting Them To be a Gay Couple, UP Police Apprehend Uncle-Nephew Duo under “Anti-Romeo” Drive 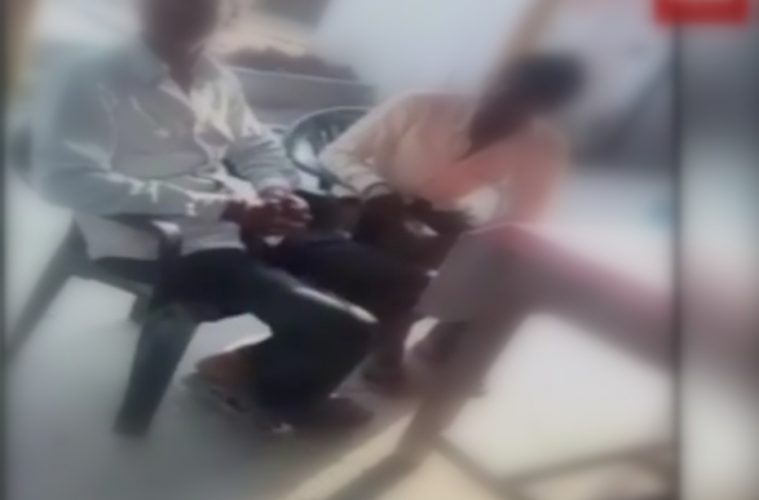 A screen grab from the video

An India Today TV report on the Anti-Romeo mission about Uttar Pradesh police under the new BJP government reveals that an Uncle and Nephew duo were picked up by the police from a bus stop at Rampur on the suspicion that they were a gay couple.

The report, which talks about how the so called anti-romeo squad and mission is fast turning into a moral police brigade, shows how Police is using this opportunity to harass people and couples, and make quick money out of them. The video shows an elderly man and a young man sitting in front of a police personnel, probably in a Thana, with the reporter telling that they were apprehended by the police men, because they suspected them to be a gay couple. The two had to pay a bribe of Rs 5000 to the police to be let go.

The report then shows another young man who narrates how he was hounded by the police, and despite his family coming to meet the police personnel, they had to pay a bribe of Rs 5000 to be released.

BJP, in its election manifesto prior to UP elections, had promised formation of anti-romeo squads to prevent harassment of girls from eve-teasers. It was also the first step that the Yogi Adityanath government took upon coming to power. However, the anti-romeo mission has fast turned into harassment of young couples, at times even cousins, in the hands of vigilantes and police personnel.