Fire In Our Eyes, Pride In Our Hearts : The Queer Superheroes Of Kolkata Pride

This year a few of us decided to ditch the traditional rainbow and walk the Kolkata Rainbow Pride Walk with our DC superhero themed costumes. Professional cosplayer, Romi Mondal, who was the brainchild behind this plan, decided to dress up as as Harley Quinn for the walk. A lover of superhero movies and an ardent admirer of cosplays, I was delighted to join her and my choice of character was Poison Ivy. A bunch of superhero lover queers and straight allies loved the idea and our little group grew. We chose the characters which were close to our hearts and finally we had a team of Harley Quinn, Poison Ivy, Catwoman and Batman, ready to join hands and hit the road to fight for our rights. Although more DC characters were planned, not everyone could turn up. But inspired by this idea, a shy straight ally came forward and wanted to dress like her idol, Princess Jasmine. We were also joined by a cute little ten year old, who dressed up as Cupid from Monster High whose mom happened to play the vigilante of Gotham, Batman. 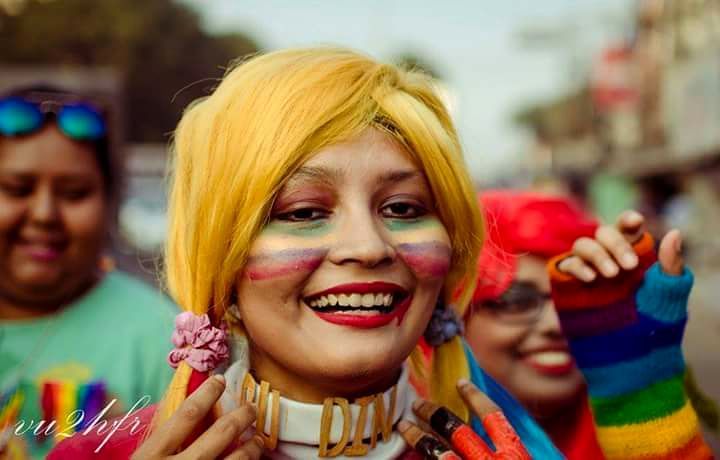 Meetings over costume ideas and coffee, sleepless nights of excited group texts and multiple shopping trips brought this little group of cosplayers closer than ever and we could not wait for the big day. Days of planning, sewing, painting, gluing and making posters, badges etc. came to an end as we joined the sea of rainbow! We shouted slogans, held up the rainbow flag, laughed, mingled and had the time of our lives. As hundreds of feet walked in unison with our heads held high brandishing love, our only weapon against the draconian laws. 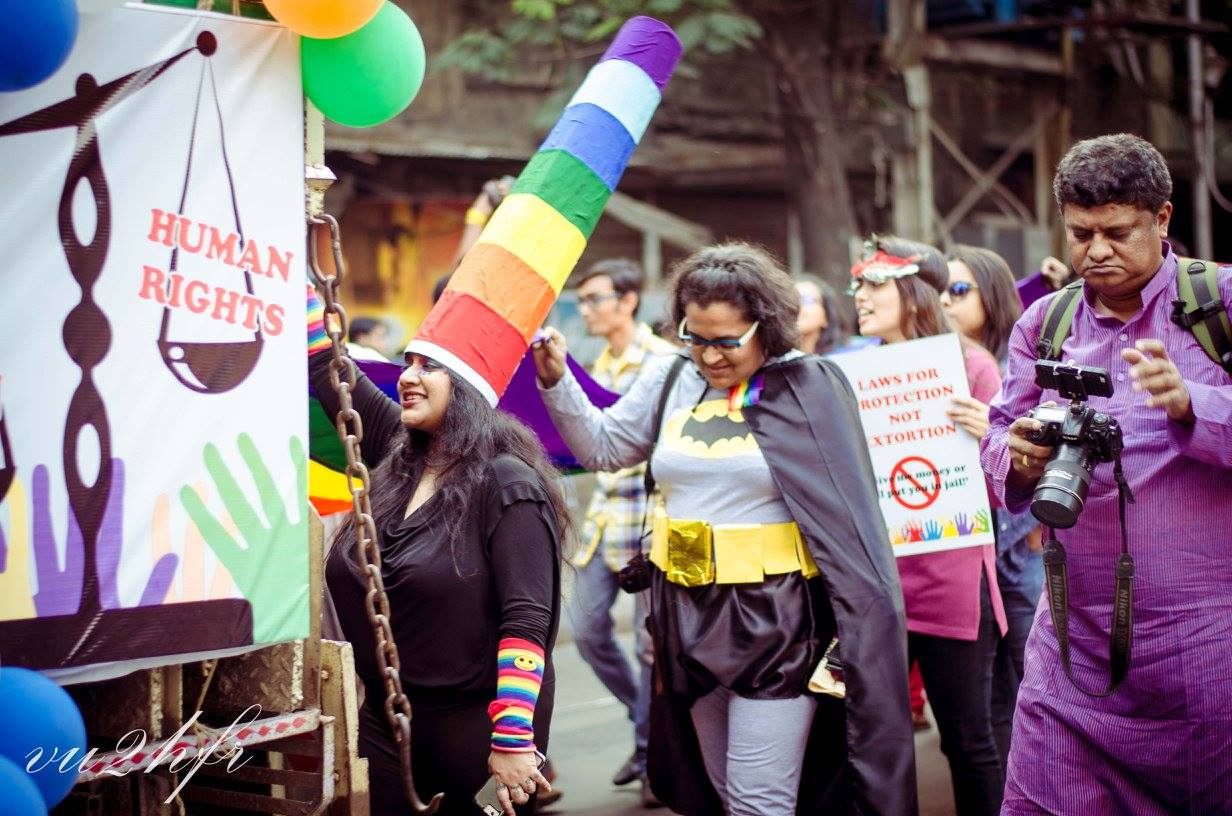 The stares and questioning eyes fuelled our zeal to carry on our fight because this is not the world we want to leave to our next generations. The fight will not stop till every individual, irrespective of gender and sexuality, gets equal rights. We will not cease until we have made the world a more accepting place. 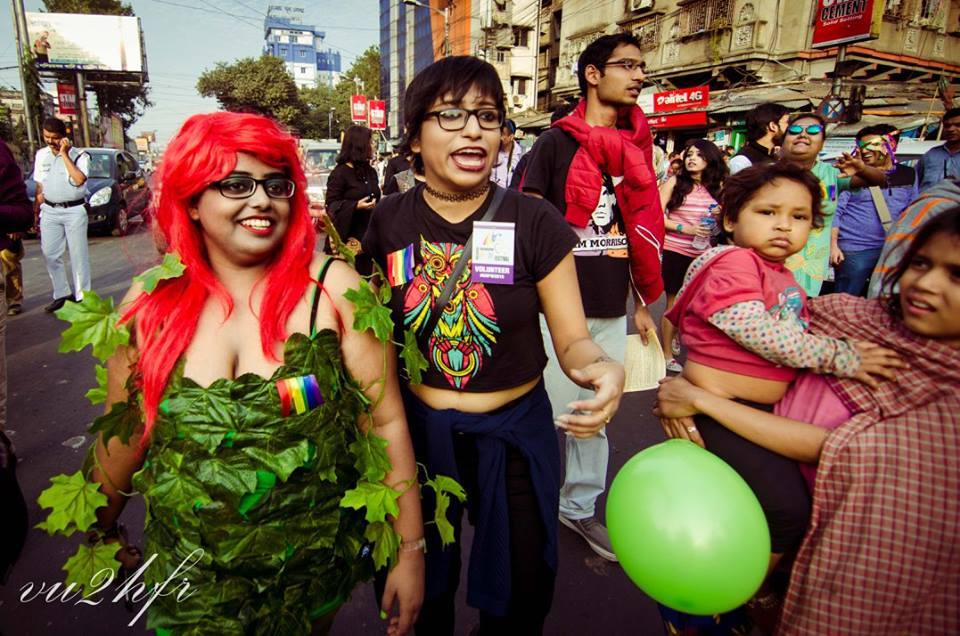 Latest posts by Rupsha (see all)