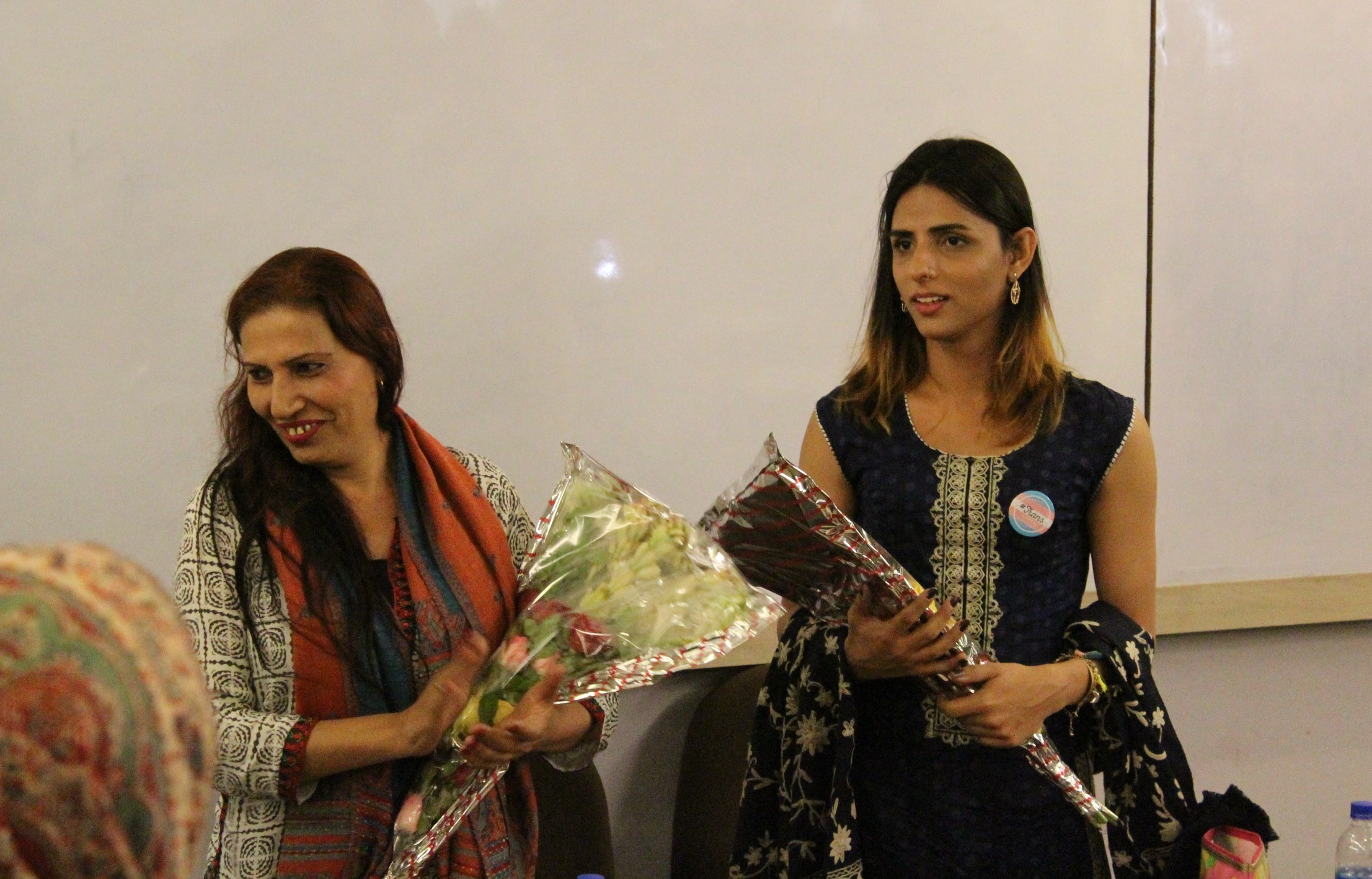 “Humanity is above every religion, we transgenders believe in that and that’s why we do not discriminate. For us everyone is equal whether they are Hindu, Christian, men, women or transgender, all are created.” These were the words of veteran transgender activist Bindiya Rana to a panel discussion of students and faculty at IBA Main Campus.

The panel discussion titled, “Transgender Community: Identity and Development” was organized by IBA Social Sciences Club to highlight identity and development issues of the transgender community in Pakistan and the issues that they face.

Speaking to the audience of young and passionate minds who were eager to explore and talk about such critical issues was the much acclaimed and enthusiastic transgender activist and model Kami Chouhdry alias Kami Sid who has risen to national and international fame after her recent debut as Pakistan’s first transgender model. 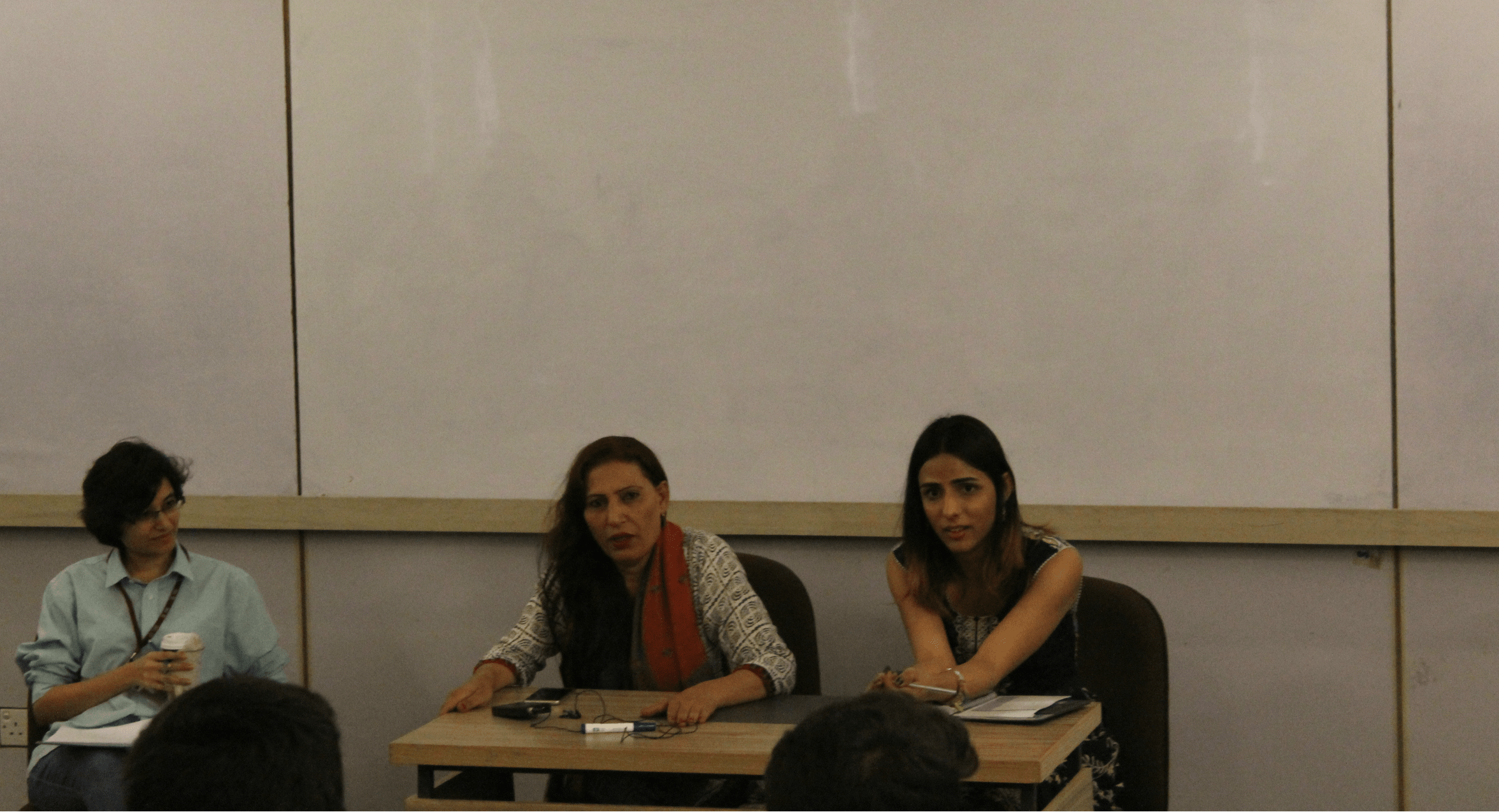 Kami began by explaining the misconceptions that surrounds transgender community. According to her, “When it comes to work being done on transgender rights, all that is being done is just talks being held behind closed doors. I see government officials and reporters just bickering over whether to call us Khawaja Siras, Hijra or even derogatory terms like Khusra or Shemale. I do not see much work being done to solve the issues which affects the community at large e.g. employment, education, health etc.”

She further adds, “Identifying yourself really matters a lot, it took me 7 years to discover who I really am, I am still on the journey to discover myself. I am quite content with what I have achieved so far, I have received much praise and fame for the recent modeling shoot I did. But I would like to add that I never did those modeling shoots for fame, I did it because I want to sensitize people and educate them about transgenders.”

Bindiya Rana, a transgender activist representing Gender Alliance Interactive (GIA) told the audience that she praises the former chief justice Iftikhar Muhammad Chaudhry for “empowering transgenders by granting us our NIC (national identity cards), but such progress can be of hindrance too because of these same NIC card her community now faces a ban to perform hajj and Umrah in Saudi Arabia.” 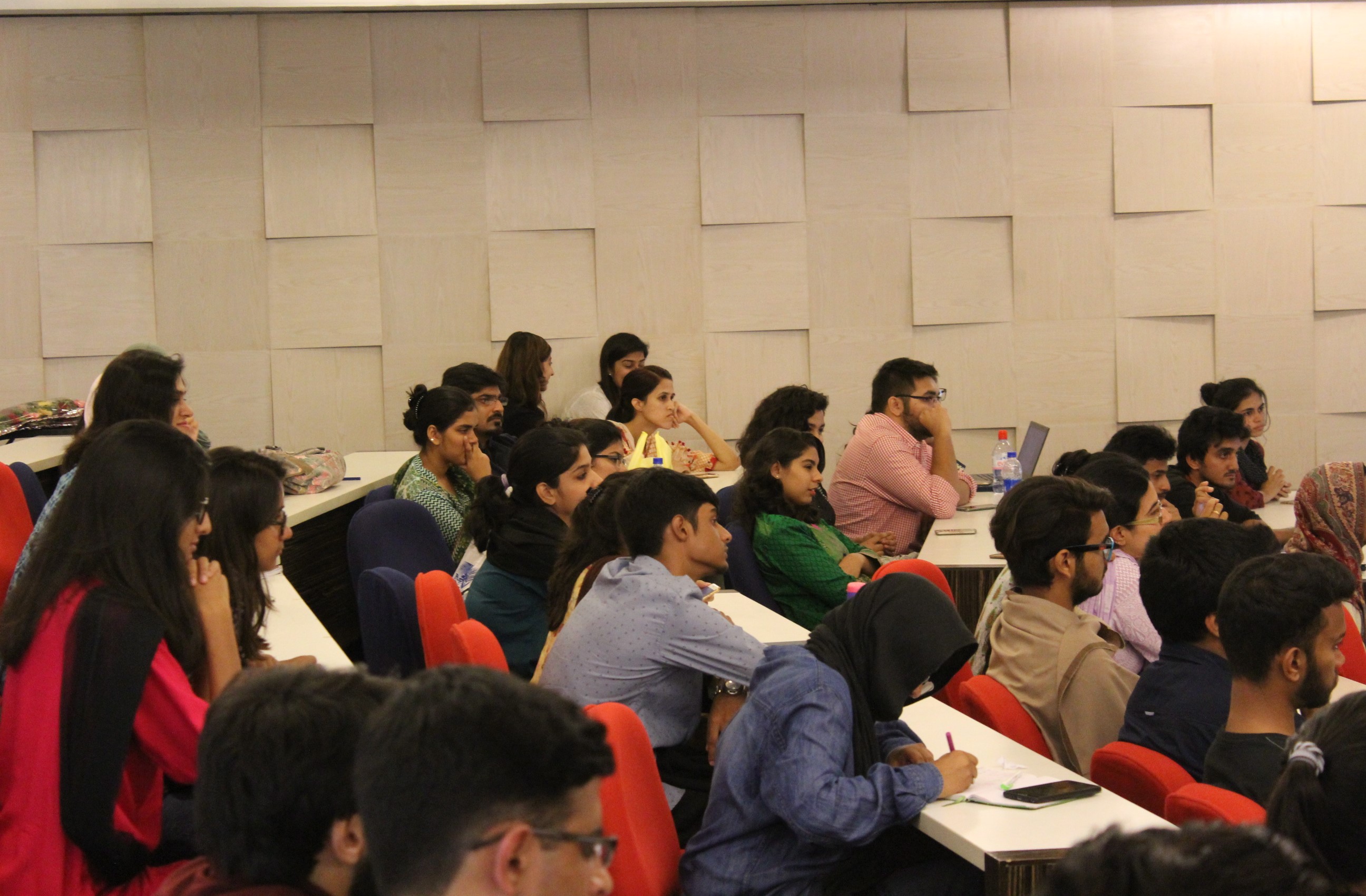 She went on to add, “Nadra (the national identity issuing authority) has never been kind to us, and despite the fact that the Supreme Court granted us the right to have a NIC. We were told to have a medical checkup in order to have them, we protested against such a law and then such discriminatory laws were removed. We believe there are many such discriminatory laws and there must be amended for our welfare.”

Dr. Naveen Minai, Assistant Professor at IBA Social Science department and moderator of this discussion was very proud of her students; she praised the efforts put forward by her students to talk about inclusion and support of gender and sexual minorities. She emphasized an increase in sensitization of universities and teachers over acceptance and counseling of students belonging to such vulnerable groups, for what she observes not much is being done to address this issue at universities.