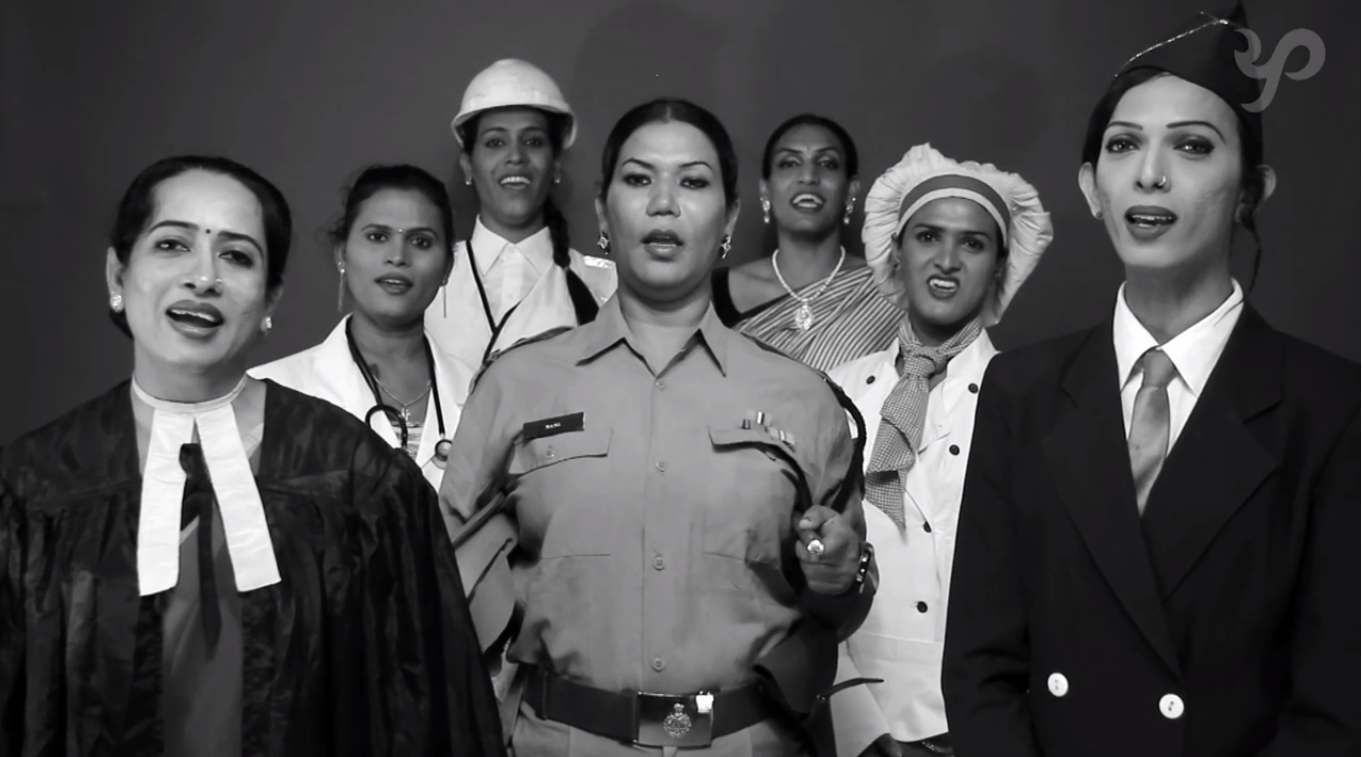 India is going to celebrate 69th Independence Day on 15th August, but for some (read LGBT), their lives are still ruled by British era laws. The Indian society has long looked down upon Hijras and transgender people, who have had to either beg on the streets, indulge in prostitution, or sing and dance at weddings. But in a landmark ruling in 2014, the Supreme Court recognised them as the Third gender and has asked the government to provide them with quotas in jobs and education. For many, this judgement is going to open the doors for future employment and help them achieve their dreams.

This video, featuring 7 Hijras, looks at what these people could be professionally, as they sing Jana Gana Mana proudly. “Many of us have degrees and qualifications. We should also be flight attendants or any other profession we choose. We are Indians, too,” Urmi, who features in the video, told Buzzfeed.