Transgender Woman in Pakistan Brutally Beaten Up By Criminal Gang 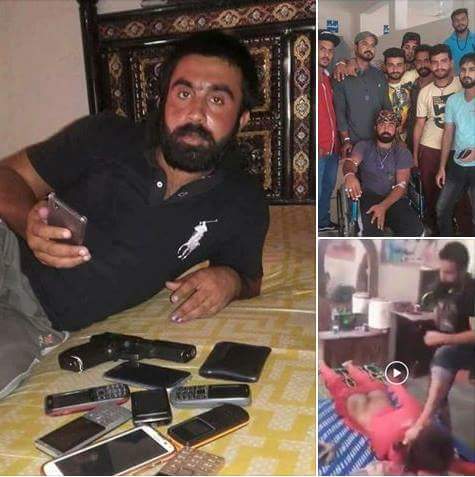 In a shocking video that has gone viral over social media in Pakistan, a transgender woman is being brutally beaten up by a man with a belt. Violence against transgender people in Pakistan is endemic in society, and they are often the target of criminal gangs, sexual exploiters and others.

The latest incidence of violence was committed by the member of one such criminal gang called Danda Group, and came to highlight when a video of the incidence was posted on the facebook page of a trans-rights group called Trans Action Khyber Pakhtunwala. The criminal gang Danda Group often targets transgender community in the city of Sialkot in Pakistan, and beats them for doing autonomous shows and not paying them extortion money. Jajja Butt, the man seen in the video beating the trans woman, is the leader of the group and has been involved in similar incidents earlier too.

Butt had demanded extortion money from a transgender group in Sialkot. Upon refusal, Butt and his gang picked up four transgender individuals -Adeeba, Dillagi, Hina and Adil – and beat them up mercilessly with belts, shaved their heads and recorded the video as well.

After the video of the incident went violent, Trans Action Khyber Pakhtunwala posted a video where Julie, another victim, narrates the horror story. Julie tells that Butt and his gang first beat up the trans woman (seen in the earlier video) at her home, and then brought all the transgender persons of Sialkot to the house of another transgender Azeem. There, all transgender women were beaten up ruthlessly throughout the night. They were even raped and the men pissed on them and spat on their faces, even hitting them with shoes. Julie tells that every city in Pakistan has such gangs that target the trans community, and such violence had become a part of their life.

After the two videos went viral, Tribune Pakistan reported that FIR against 13 people was lodged and Jajja Butt and four others were arrested. When news channels asked Butt about the atrocities that he committed, he brushed it off as a “private member” and claimed the trans woman was his lover and he beat up her because she was cheating on him.