‘Placards for Change’ gets the public talking 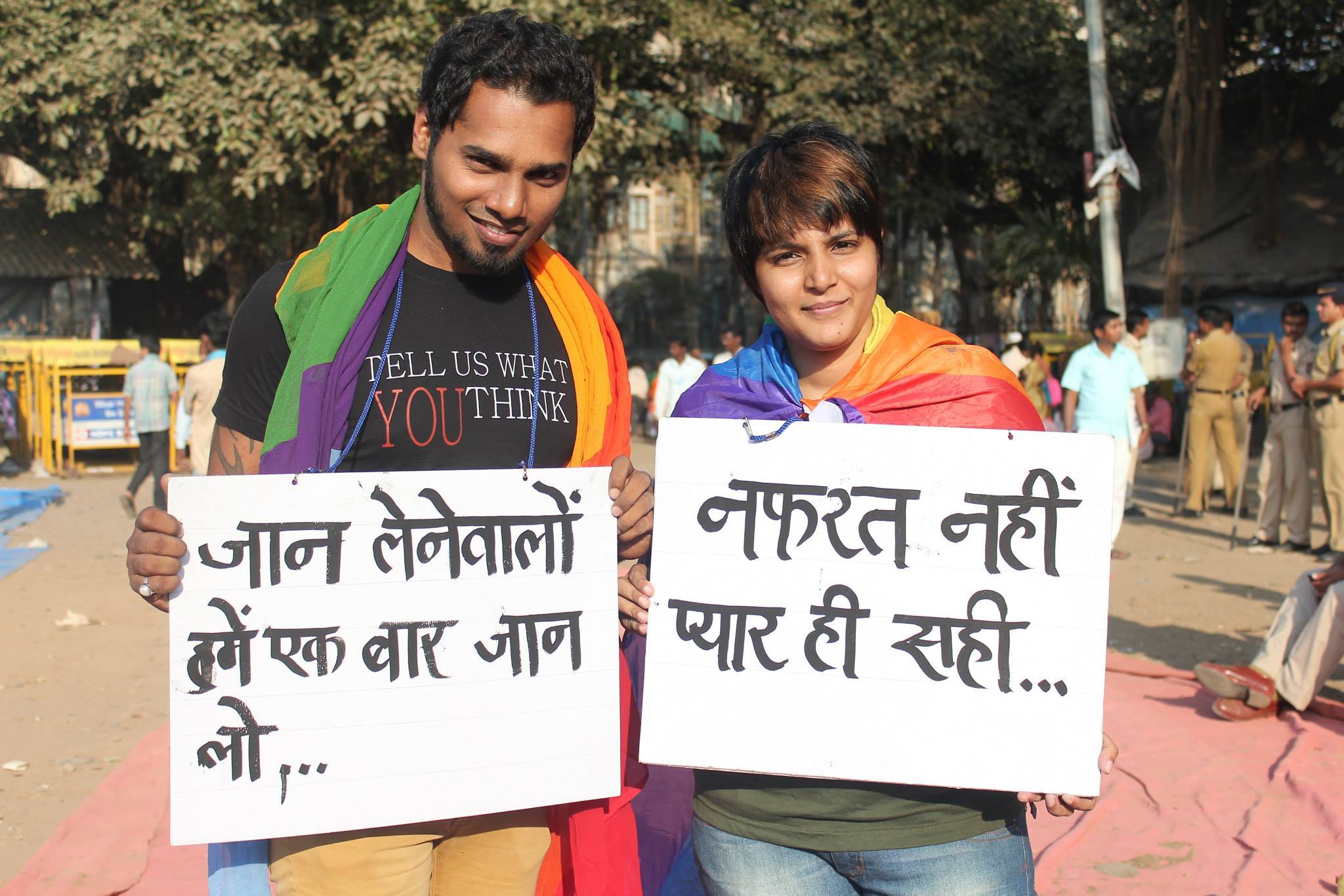 When Harish Iyer and Sonal Giani, two equal rights activists from Mumbai set out to show the world around them what they thought of the Supreme Court verdict on Section 377, they wanted their message to ring out loud and clear. No subtleties or muted whispers – a prominent message on a big placard was their choice of expression. Thus was born the ‘Placards for Change’ campaign, wherein members and supporters of the LGBT community would carry a placard through the day, at various public spaces in the city, while commuting to work, at the workplace or at other public places. These placards would carry a message about gay rights and highlighting the perils of Section 377, while seeking to debunk many of the myths and stereotypes surrounding the LGBT community.

Over 100 people have participated in the ‘Placards for Change’ campaign, which began on 3rd January this year. Many people have braved standing in public places with LGBTI themed messages, not knowing what reaction they would elicit. Hearteningly, responses to the placards, have however been surprisingly positive. Says Sonal, “I have had old women walk over to me and discuss 377 at length. While there has been the odd teenager pass by smirking, there have been many others, confused about 377, who have come and had the issue clarified with me.” Harish adds, “This campaign has initiated a much needed dialogue with one’s inner self, and that is in itself a genesis of a positive change”. Both Harish and Sonal have noticed that many older people have been very supportive of their efforts and empathize with them, thus in a way debunking the generational stereotype that only the younger generation is LGBTI-supportive. Harish has even had policemen come over and talk to him empathetically while he carries his placards.

A team from Humsafar Trust landed up with such placards at a rally supporting the 377 decision, organized by an organization Jamaat-e-Islami in Mumbai on January 9th at Azaad Maidan. The rally organizers, who were struggling to gather an audience that would listen to their views, were taken aback to find the placard bearing team turn up there. What surprised them further was that the Humsafar team was upfront about their views and boldly and respectfully projected them for all to see. What followed was a dialogue between the Jamaat members and the Humsafar team, and the placard team ended up sensitizing the rally organizers by clearing their misconceptions around Section 377.

The campaign has been steadily gathering support, with more people wanting to campaign in public spaces. The campaigners have also noticed that 377 is now a term which most people in Mumbai comprehend and often have a vocal opinion about. The Supreme Court decision has, in fact, brought the issue to the mainstream discourse and in most cases, the public reaction has been positive. The campaign has been mooted as part of the ‘Pride Month’ activities in January in Mumbai, which culminates with the Pride March on 1st February.