Q&A On Your Rights And Section 377 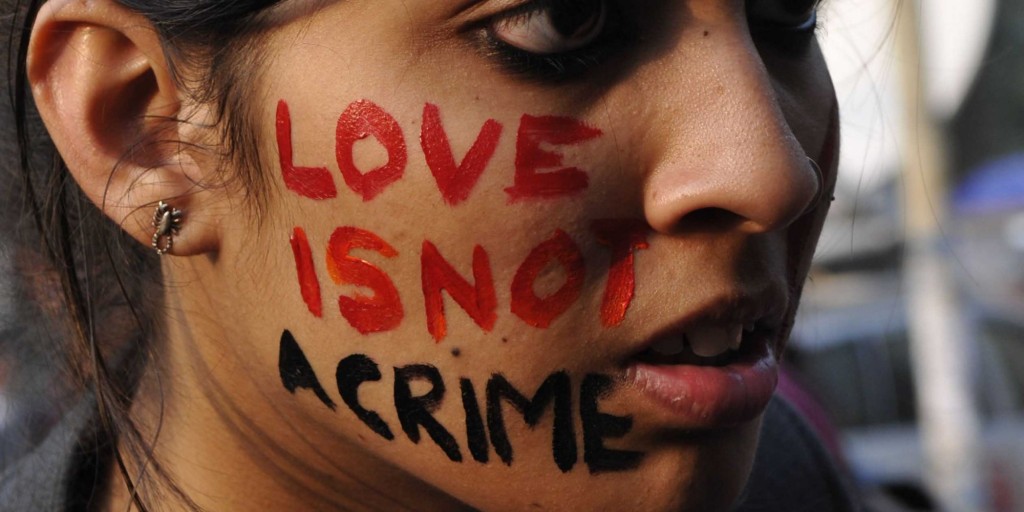 You can be out and be open about your sexual orientation and gender identity. You do not need to go back to the closet. The Supreme Court in Koushal (‘377 ruling’) does not restrict your freedom of expression in the Constitution.

2. Is ‘cruising’ illegal? Can one maintain profiles on gay dating platforms (Planet Romeo/Grindr)?

‘Cruising’ i.e. scouting for casual sexual encounters is illegal under Sec 377 since it may be construed as an attempt to perform “carnal intercourse against the order of nature”. However, maintaining profiles on gay dating platforms such as Planet Romeo or Grindr do not fall within the scope of Sec 377. Maintaining profiles is simply expressing your identity and not abetting/performing unnatural carnal intercourse.

3. Can I be in a relationship with a person of the same-sex?

4. Can I live with my same-sex partner?

Yes. You can live with your same-sex partner. Neither the Supreme Court in Koushal nor Sec 377 comes down upon same-sex relationships or cohabitation of two adults of the same sex. It only criminalises “carnal intercourse against the order of nature”.

5. Can I access material on safe same-sex sexual activities?

Yes. You have the right to access material on safe sex and avoid contracting STIs and HIV. Though there have been incidents previously where health workers have been detained for allegedly abetting carnal intercourse against the order of nature, we believe that such previous incidents will not deter any individual from knowing how to stay safe.

No. Such community initiatives are legal. The Supreme Court in Koushal and Sec 377 do not restrict your freedom of expression in Article 19 of the Constitution.

8. Why does it matter that we are a miniscule minority? Does that mean we aren’t entitled to rights? What kinds of sexual acts are included in the scope of Sec 377? What does “unnatural carnal intercourse against the order of nature” mean anyway?

You can be arrested by the police under Sec 377 only if you have indulged in or abetted or attempted “carnal intercourse against the order of nature”. Also, “mere” suspicion is not a ground for arrest, though “reasonable” suspicion is.

Since Sec 377 is a cognizable offence, the police are empowered to investigate and make arrests without a complaint or a court issued warrant.

11. What can I do if the police threaten me?

Consult a lawyer! And reach out to crisis intervention groups. In case you have been subjected to harassment by the police about a probable arrest, you have the right to approach the courts for an anticipatory bail (Read about anticipatory bail). Such a provision is applicable in all states, apart from Uttar Pradesh.

12. Can the police barge into my house and arrest me and my partner?

Since Sec 377 is a cognisable offence, the police can potentially arrest without a warrant by barging into your home. However, some points do need to be kept in mind about arrest and questioning by the police.

14. What are some questions that can be kept in mind if the police were to question me?

15. How do I respond to harassment that I am facing/ may face from parents or peers about my sexual orientation or sexual identity?

Know your rights – you have the right to be ‘out’ and declare your sexual orientation, no one can hurt you for your identity and expression. If the harassment that you’re facing is serious and grave enough to cause apprehensions of safety of yourself or your loved ones – such acts can be prosecuted under ss. 503-510 of the Indian Penal Code which target criminal intimidation. It is still recommended that you reach out to LGBT groups and organisations to address such issues properly.

16. What remedies do I have against harassment based on my sexual identity in the workplace or educational institution?

Harassment and intimidation based on one’s sexual orientation or gender identity should be tackled by organisation-specific policies which emphasise on greater sensitization and creation of safe-spaces within the institution. Do note that these policies may not exist in your institution or workplace. For further assistance on such matters, please do not hesitate to reach out to LGBT resource groups in your region.

17. To whom do I reach out to for more resources or help in crisis situations?

There are a number of LGBT resource groups in each state. Please click here.

DISCLAIMER – This factsheet on the rights of an individual under Sec 377 of the IPC after the Supreme Court decision in the 377 ruling is prepared for general information purposes only. The information herein is not legal advice, is not to be acted on as such, may not be up-to-date and is subject to change. Pertinently, this factsheet may not be able to eliminate the harassment that Sec 377 is usually used for, but may enable you to respond to it with full awareness of your rights. Please consult a legal practitioner to clarify any specific doubts.

This fact-sheet was compiled by Harshavardhan Goel and Jahnavi Sindhu, students of the National Law School of India University, Bangalore. SIPLA would like to thank Mr. Kunal Ambasta, Mr. Manish G. and Ms. Radhika Chitkara for reviewing drafts of this factsheet. SIPLA was conceived by the student body at NLS with an aim of taking the teaching of law beyond regular lectures in classrooms. With this objective, SIPLA undertakes independent research projects on contemporary issues and organises guest lectures, single credit and seminar courses by practitioners and legal academicians. Reach out to them at <sipla@nls.ac.in> or <nlsiu.sipla@gmail.com>