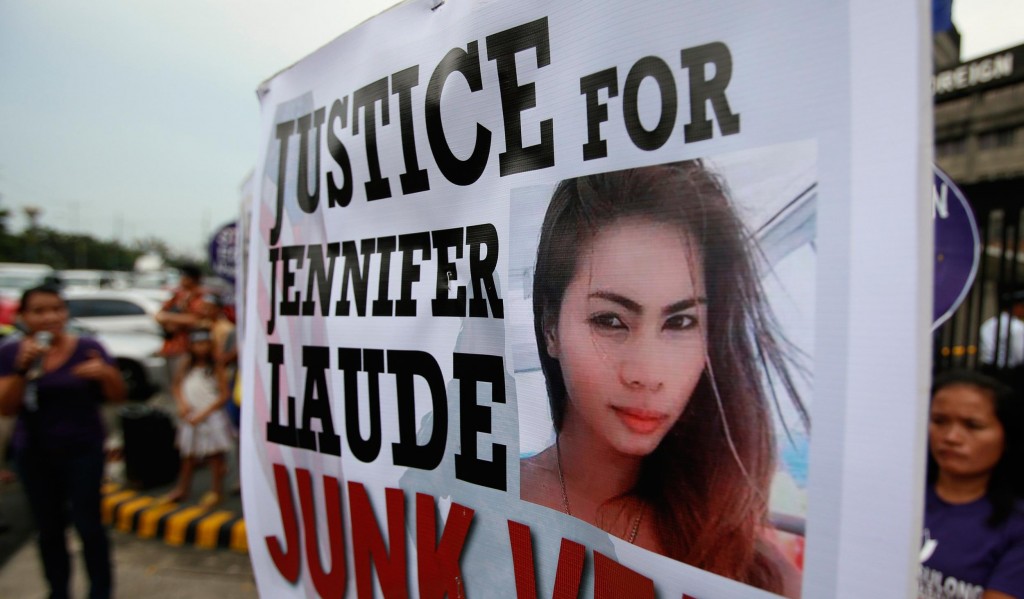 The murder of Jennifer Laude, a transgender woman in Philippines on October 11 this year by a US private first class Marine has brought focus onto hate crimes against transgender people and galvanized the LGBT community in Philippines into action, with global support groups joining the call for justice to the dead woman.

Joseph Scott Pemberton, 19, met Laude, 26 at a nightclub in Olongapo city. Pemberton was supposedly not aware of Laude being transgender. They subsequently went to a nearby hotel where he came to know of this fact, and reportedly killed Laude thereafter. Laude’s half naked body was later found in the hotel room, her head in a toilet bowl. Her death was certified to be caused by ‘asphyxiation due to drowning’, implying that she was drowned to death in the toilet bowl.

Pemberton, who was in Philippines as part of regular US military exercises, was later turned over by the US military to the Philippine authorities for trial. While Pemberton’s attorneys have reportedly pleaded for a reduced charge, the case has received international media attention with advocacy groups calling it a hate crime against a transgender woman and joining a global chorus of shouts for justice. Left wing activists in Philippines have decried ‘special treatment’ being offered to US troops convicted of crimes in the country. The US secretary of state John Kerry however stated that Washington sought no special privilege for the accused other than a protection of his rights.