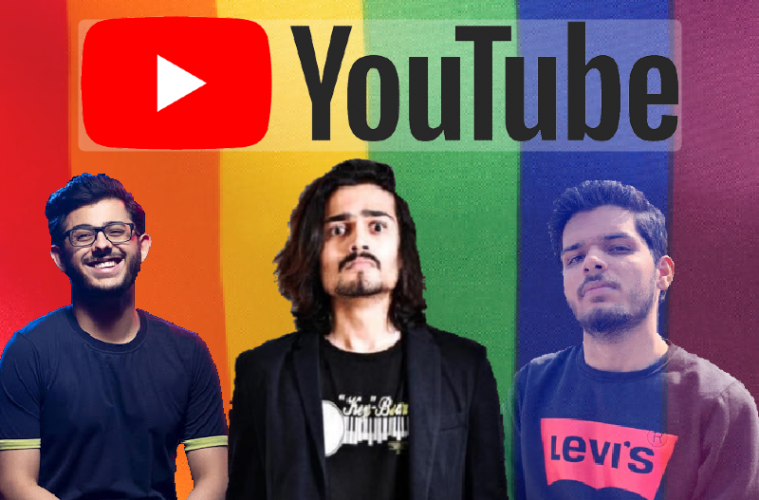 With the inception of YouTube, it has become a wonderful means for the world to learn new things, and it has empowered millions of people across the globe through the various videos that get uploaded on to your platform. From learning new skills, to watching movies, whether educational or for entertainment, YouTube has become the go to place for all. However, as with anything else in the world, the platform can also be used to sow seeds of hatred, discrimination and social disharmony among people. Unfortunately, a series of events in the last few weeks have brought to light the hate and derision being spread through your platform, and the woeful lack of response from your end. Through this letter we’d like to bring to your attention on how your platform is increasingly becoming a medium to spread hate against different communities.

While it is difficult to trace back to where it all began, here’s a quick recap of events from the past few weeks. A very popular Indian YouTuber named CarryMinati uploaded a “roast” of a TikTok user Amir Siddiqui. The video was replete with expletives and homophobic slurs, including threats of sexual violence. It constantly derided LGBT people, and used words like “meetha” to target Amir, words which have often been used to mock and bully queer people. Within less than a week, the video had gained over 70 million views. Much of the queer community felt shocked and angry at the level of brazen homophobia in the video, and how it was normalising such behaviour against us. After many people reported the video, and this website too published a piece against it, the video was finally taken down by your platform. But it took you almost 6 days to take down the video, by when irreparable damage had already been done. The same video was uploaded by different channels, and you have not taken any action against those.

To be honest, we and many others had not heard of CarryMinati or watched any of his videos before. But this episode brought to our notice many other videos by a myriad of such “YouTbe influencers” who have uploaded, or continue to upload similar videos with extremely homophobic content that directly or indirectly poke fun at gay, trans or gender non-conforming people. There are many other videos on CarryMinati’s channel itself that are similarly demeaning towards LGBTQ community members, and uses homophobic slurs and normalises such behaviour. To re-iterate, demeaning anyone using queer connotations, is demeaning the queer community itself.

Of course, this prompted us to write articles on how and why these videos and use of such homophobic slurs are harmful and the immense damage they cause to LGBTQ people. One would expect that after the massive controversy relating to their content, your “influencers” would have realised their mistake, or understood why they were being called out/criticised. However, very far from the point we’re trying to make here, both CarryMinati and Lakshay Chaudhary (two individuals whose videos you deleted) have recently come out with their response where they continue defending themselves. CarryMinati’s video titled STOP MAKING ASSUMPTIONS | YOUTUBE VS TIK TOK: THE END has him speak for 5 minutes, but all he does is say he read the articles but could not understand why his video was deleted. He keeps telling others to “understand the context” in which he said those words, that his slurs are now a part of a larger colloquial language and therefore mustn’t be deeply analysed, stating how such homophobic slurs or utterances are OK under certain scenarios or contexts. Lakshay’s video titled “REASON WHY OUR VIDEOS GOT REMOVED” is no good either. Both these individuals have shown little remorse for their actions, or any efforts at understanding their mistakes.

And it is not just CarryMinati or Lakshay Chaudhary or Elvish Yadav, but many of your very famous “influencers” like Bhuvan Bam and Ashish Chuchlani came out in support of Minati and his video. Countless other YouTubers, buoyed by the hype and rise in subscriber counts, jumped in and made similar videos, many of whom had probably made similar videos in the past too. There has been a rise of memes and comments that use homophobic slurs used in these videos to poke fun on others. The most disturbing trend to take note of in this fiasco is that many of the followers of these YouTubers in question are young teenagers, who have now internalised and normalised such behaviour. The comments’ section of these YouTube videos, or even our Instagram page, bears evidence of the same.

The whole controversy has made one thing very clear – all your YouTube influencers are in dire need of education on LGBTQ and gender issues. One would have thought that the plethora of resources present online would have helped these influencers to learn about LGBTQ issues, or sensitise them, but clearly that doesn’t seem to be the case. Hence, we urge you to call all your top YouTube creators for a Gender Sensitisation Workshop. These workshops should be held offline, and if needed, Gaylaxy would be happy to facilitate those.

YouTube spends lakhs (if not crores) in organising the YouTube Fanfest and calling all the popular content creators for the same. These workshops can be organised at a fraction of those costs. Each year, you take part in Pride marches in India and across the world, and your offices celebrate Pride month through various activities. What better way to celebrate Pride this year than sensitising your creators in India, and thus actually helping the Indian LGBTQ community.

The fact that the content of your influencers is consumed by millions of people in this country, especially the youth, puts a greater responsibility on YouTubers and on you to ensure that their videos do not harm a community, or lead to further harassment or bullying of individuals. As an organisation that prides itself in being inclusive and LGBTQ friendly, we hope that you will take our suggestion seriously and take steps to sensitise your top creators.

Note: Gaylaxy has launched a change.org petition asking Youtube to conduct a Gender Sensitisation Workshop for their Influencers. You can sign the petition here.