Bhubaneswar Gears Up for Pride on 1st September 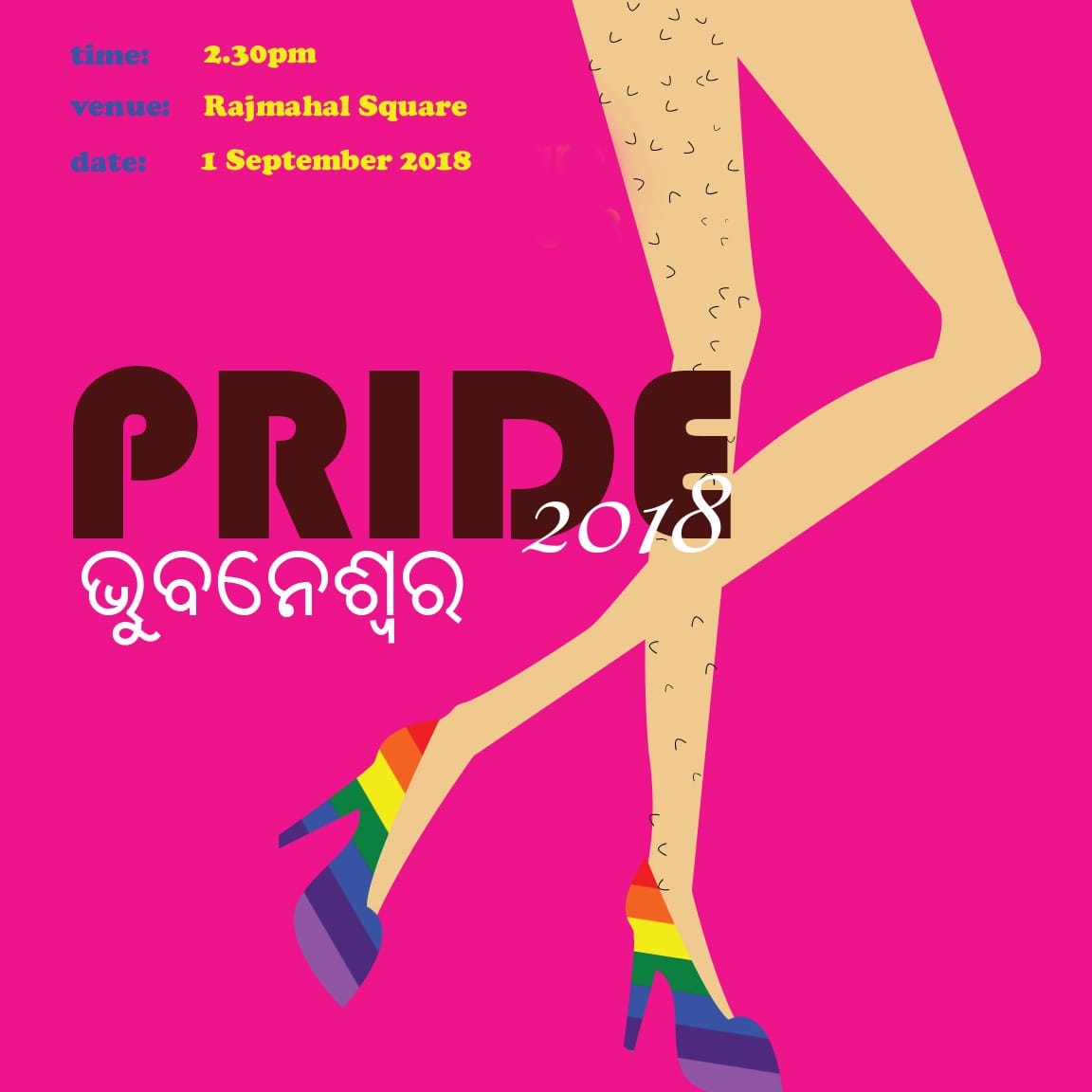 Bhubaneswar Pride is going to be held on 1st September. As part of pride festivities, various events like Film Screenings, Literature Readings and Queer Poetry and Storytelling have already been conducted. We talked to the organiser Bijaya Biswal for more details

Why did you decide to put these Pride events together?

My motive behind putting the Pre-Pride events together, was to build a community of people from the LGBTQ and allies, while also focusing on social education regarding the community. Too many people in Odisha suffer from mental health issues, bad marriages and stressful relationships with family members or workplace colleagues because of the burden of being a closeted individual. They are often isolated for being what they are, more prone to depression and sexual harassment, disowned by their families or discriminated at their workplaces and take years to convince themselves that it is a “phase” that will pass, or a disease, or something that needs meditation or medication. But by building a community, I wanted to facilitate that these people meet others like them and understand they are not alone; they have others who understand their tragedies and struggles because they have similar stories. Community gives an individual a power to feel at home and that’s exactly what these events have resulted in.

How many are on the team of organizers?

Bhubaneswar Pride is being co-organized by The Parichay Collective(LGBQ Community of Odisha, which is my group basically), Meera Parida’s NGO Sakha(an indigenous trans community which has been supported by the State government since a few years) and SAATHI NGO(working for the cause of HIV-AIDS since over a decade in the state). Representatives from these three organizations have got together to build a core team of 5 individuals.

Why is this event necessary in Bhubaneswar?

In the bigger cities, there are established organizations who are working for the LGBTQ. So if you are in Mumbai or Delhi, you know where to go to find people who empathize with you. In Bhubaneswar, this community seems missing because it’s invisible. This event will be a startup for the same, the growing and raising of a voice for the first time regarding the community, hence establishing that we are present here and we deserve to be visible.

How will your Pride differ from that of other cities?

Odisha is not a state where the majority is upper class. We are made up of tribals, construction workers who keep migrating, the displaced villages where industrialists have built their enterprises and the street vendors. For a state like this, LGBTQIA movements cannot exist in isolation, without being intersectional. I am addressing not only LGBTQIA specific problems in the Pride, but the general social constructs of “Shame”, “untouchability”, the majority deciding what is best for the minorities, class bias and sex discrimination within and outside the community, and the general idea about the freedom of love. Our trans community is constituted by a range of people in different disciplines- hard working sex workers and individuals who have made it to authoritative positions in academic institutes and administrative services of the State. We will be talking about inclusion in general, from every perspective. Pride is just a stepping stone for our far-fetched dream.

Who would you like to see attend the Pride events?

People from the community, people who are parents to children who identity as LGBTQIA+, the homophobes who have malleable mindsets, teenagers and school students who are still questioning their sexualities, lesbian women and gay men in heterosexual marriages, depression and suicide survivors who have a problem accepting themselves; our events are for all those who need an open discussion regarding this which is so stigmatized in India.