After Hibba came out to her parents, she was forcibly taken to a local faith healer to exorcise the spirit of homosexuality.

He chanted many Holy verses, burned sacred Rue seeds, and made patterns on her forehead with sacrosanct oil. This was happening in a very dramatic way in front of many people. It was a terrible experience, the ‘faith healer’ had hot sickle embossed on her body. He pulled her hair, violated, and tortured her in the most intimate ways.

“The devil won’t have a chance with you now,” He told Hibba. However, the ghosts never left her body, even though the faith healer boasted about recovering her.

She was taken to many other faith healers and finally to a psychiatrist. For two years, Hibba  received one-on-one counseling and aversion therapy to ‘fix’ what she was told was her ‘broken’ sexuality. She was also told this was necessary to live a ‘wholesome life’.

“My therapist was keen to find evidence that I was sexually abused in childhood. When he failed to find any, he asked if my mother had neglected me. Despite my insistence that my mother was never neglectful, he maintained that he could detect in me “a deep sense of shame.” “All you need to do,” he told me, “is to start thinking of yourself as perfectly ‘normal’– as heterosexual. The tactics used by him were about making me feel like there was something deeply flawed about me that needed fixing, and that I was unlovable and unworthy until I was “cured”.”

When Hibba was visiting the psychiatrist, she was aware of the fact that she was attending gay conversion therapy. She never even thought of refusing as she was made to equate heterosexuality with living a wholesome life. She was told her homosexual feelings came from problems with her upbringing. Isolated and deeply depressed, she was craving for acceptance.

“Several hours of being told I needed fixing, despite there being nothing damaged, took its toll– I became depressed, anxious and suicidal. I was taught that homosexuality was a sin. If you were gay, you’d go to hell, simple.”

For almost two years, the doctor prescribed near fatal dosages of various concomitant psychiatric medications. He even used aversion therapy, exposing her to a stimulus (mostly electric shock was administered) while simultaneously subjecting her to some form of discomfort, all in an effort to help her “flip over to the other side” to her supposed “innate heterosexuality.”

After years of exorcisms, reparative therapy and profuse torture, her family accepted she was not going to change; having met other members of LGBT community of Kashmir, she came out of the closet once again. This time she was accepted and provided support.

“Today, I’m nearly one year sober; my life is so much more meaningful and serene. I’m single but I want to find life partnership with another queer person of faith. My mom has changed. She’s apologized for what they did. Things with my dad have improved. But abuse causes trauma, and trauma doesn’t always go away when people say sorry. Many people don’t make it through conversion therapy. Suicide is common. I have always had someone in my life who loved me, whether it was a particular adult figure or a friend, and I know that’s something that so many people will never have.”

Conversion therapy is still practiced despite overwhelming clinical evidence that practices aimed at reorientation of LGBT people do not work and are both harmful and unethical. Virtually every leading health organization has denounced efforts to “change” sexual orientation, and reaffirmed that attempts to do so could result in serious health risks. The World Health Organization, for instance, wrote in a 2012 position statement that “‘reparative’ or ‘conversion therapies’ have no medical indication and represent a severe threat to the health and human rights of the affected persons. They constitute unjustifiable practices that should be denounced and subject to adequate sanctions and penalties.” There is an immense need to ban these detrimental practices to set the limits of a just and tolerant society.

The truth of the matter is that practitioners of conversion therapies—whether religious-based or, as in other case, secular—prey on the vulnerable and those in need of relief from suffering by turning the desire to ‘belong’ into a desire to ‘change one’s sexuality’. Sexuality and gender are complex issues deserving of serious consideration in any healthy therapeutic situation, but conversion therapy is not even therapy. Therapy, in its purest intent, seeks to help and to heal; “first do no harm.” Conversion therapy is nothing more than sexual abuse. LGBT people do not need any therapy but acceptance and unconditional love.. 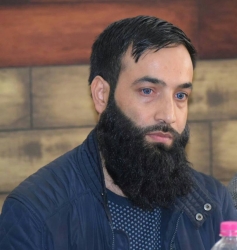