In 2011, the Ministry of Corporate Affairs which regulates affairs of all companies in India primarily through the Companies Act, released the “National Voluntary Guidelines on Social, Environmental and Economical Responsibilities of Business”, commonly known as the NVGs. These were the first set of home grown guidelines of its kind developed for India Inc. by India Inc. (developed through a consultative process involving a diverse set of other stakeholders as well). The guideline document was landmark in the sense that it defined for the first time in a holistic manner what it means to be a responsible business in India. According to the guideline:

“The Guidelines are designed to be used by all businesses irrespective of size, sector or location and therefore touch on the fundamental aspects – the ‘spirit’ – of an enterprise. It is expected that all businesses in India, including multi-national companies that operate in the country, would consciously work towards following the Guidelines.”

What was new about the NVGs was that it broadly covered all aspects of what it means to be a responsible business – how businesses should be run ethically, be socially and environmentally mindful, how they should love their customers and among other things how they should not differentiate between their employees irrespective of them being red, orange, green, blue, yellow, indigo and even violet!

Under one of the principles of the guidelines (Principle 3: Businesses should promote the wellbeing of all employees), it clearly said that:

“Businesses should provide and maintain equal opportunities at the time of   recruitment as well as during the course of employment irrespective of caste, creed, gender, race, religion, disability or sexual orientation.”

Why do NVGs matter (and why they don’t)?

When the NVGs came out (pun intended), SEBI, the market regulator for listed companies, in August 2012, issued a circular mandating the top 100 listed companies on the Bombay Stock Exchange and the National Stock Exchange to start reporting their performance on the NVGs in the form of a “Business Responsibility Report” every year starting 1st April 2013 along with their annual report. This was included as a clause in the listing agreement i.e. not publishing the report would constitute a violation of the listing agreement. Since this was the first time companies were being asked to report on this, the format of the report was kept simple in order to encourage more and more companies to take this up. Later in December 2015, SEBI issued another circular expanding the mandate to top 500 listed companies.

In a nutshell, the guidelines were important because companies were now accountable to at the least report on their performance against the NVGs, and many companies did report and some even followed the guidelines in both letter and spirit. 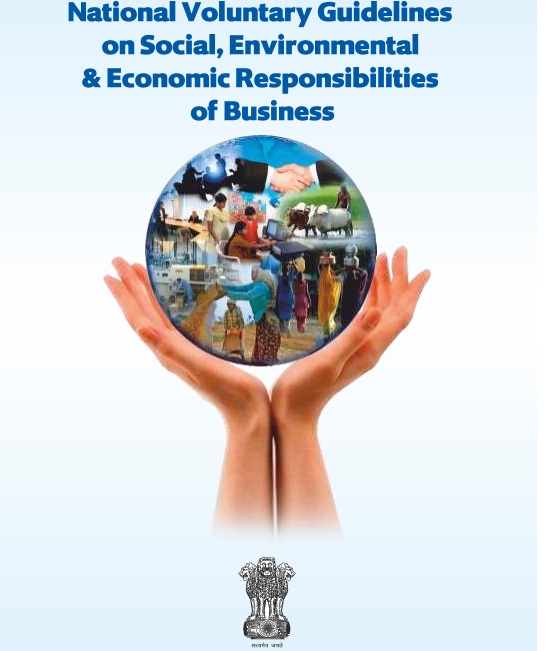 What Changed Now and Why We Should be Concerned

Earlier this month, the ministry published the draft of the second version of the guidelines on their website. There are many important changes in this version. It is way more demanding (for the better) of the companies and there are many positive changes as compared to the earlier version but I would like to highlight the following two:

On the first point, I am not suggesting any propaganda at play here nor am I asking to go back to the way it was articulated before. But as someone who has heard HR team representatives and people who run diversity and inclusion programs at leading companies say that they support LGBT rights at the workplace and “want” to institute policies and initiatives for their LGBT employees but on the advice of their legal teams – they cannot (because of Section 377). I am sure one can counter argue that what Section 377 deals with has no bearing on the workplace as such and even though this argument can have all the legal merit in the world, the fact is that mere presence of this section does discourage companies from supporting any such initiatives. While I only have anecdotal evidence from my friends at other leading companies experiencing similar setbacks on their efforts of trying to start LGBT centric programmes, but it is fairly self-evident that only a handful of companies in India have support systems for their LGBT employees (kudos to them). Also, let’s not forget the chronology of events – when the guidelines were released in 2011 and SEBI mandated the reporting in 2012, the 2010 High Court judgment was the prevailing legal stance on the matter. But soon after that, the Supreme Court judgment kicked-in in 2013 and those “two words” obviously didn’t stand a chance against this judgement.

Referring to the second point, this is where I see an opportunity to start a parallel battle outside the courts. While I am certain that in November when the Delhi pride happens, we will be celebrating the long due re-passing away of Section 377, we all know that the movement towards social transformation will continue –  in our homes, classrooms, public places and where we work. Imagine, if the guidelines that govern all companies in the country which are mandatory and not voluntary gave a clear indication that companies SHOULD offer a safer and an inclusive work environment to LGBT employees – what could that lead to? Well intended diversity teams may finally be able to look beyond their lawyers’ advice and institutionalize polices, support groups, “it gets better” programmes, LGBT anti-discrimination trainings, diversity centric mentorship programmes or anything they deem fit for themselves.

So let me get to the point now

The second draft of the guidelines is now open for public comments till 20th July. If you are an LGBT person or an ally or an advocacy group or a social media influencer, please first go this link and submit your comments and then share it with others to do so as well. I am not going to suggest what to comment but let’s make it clear to the Ministry that as LGBT employees living in the 21st century – what kind of workplace we deserve and expect when we work for a ‘responsible business’ and that any such guideline cannot be ambiguous or silent about LGBT issues. You can leave a comment as an individual or as an organization. Given these guidelines are for companies, it would be amazing if you can make your company submit a response.

Feel free to comment on any other aspects of the guidelines that are closer to you as well. Let’s face it, we all love commenting on random stuff online so don’t forget to comment this time when it really matters!

Ankit Gupta
Ankit is an almost tree-hugger, part-time vegetarian and a full time sustainability consultant, which basically means he makes a living by pretending to care about how businesses go about their business responsibly (socially, environmentally and the likes). He also works with social entrepreneurs in his spare time. You can spot him being nonchalant and discreetly judgmental at the Delhi pride every year (since 2016).
Latest posts by Ankit Gupta (see all)