Photographing the Queer : An Ordinary Life, an Extraordinary Project 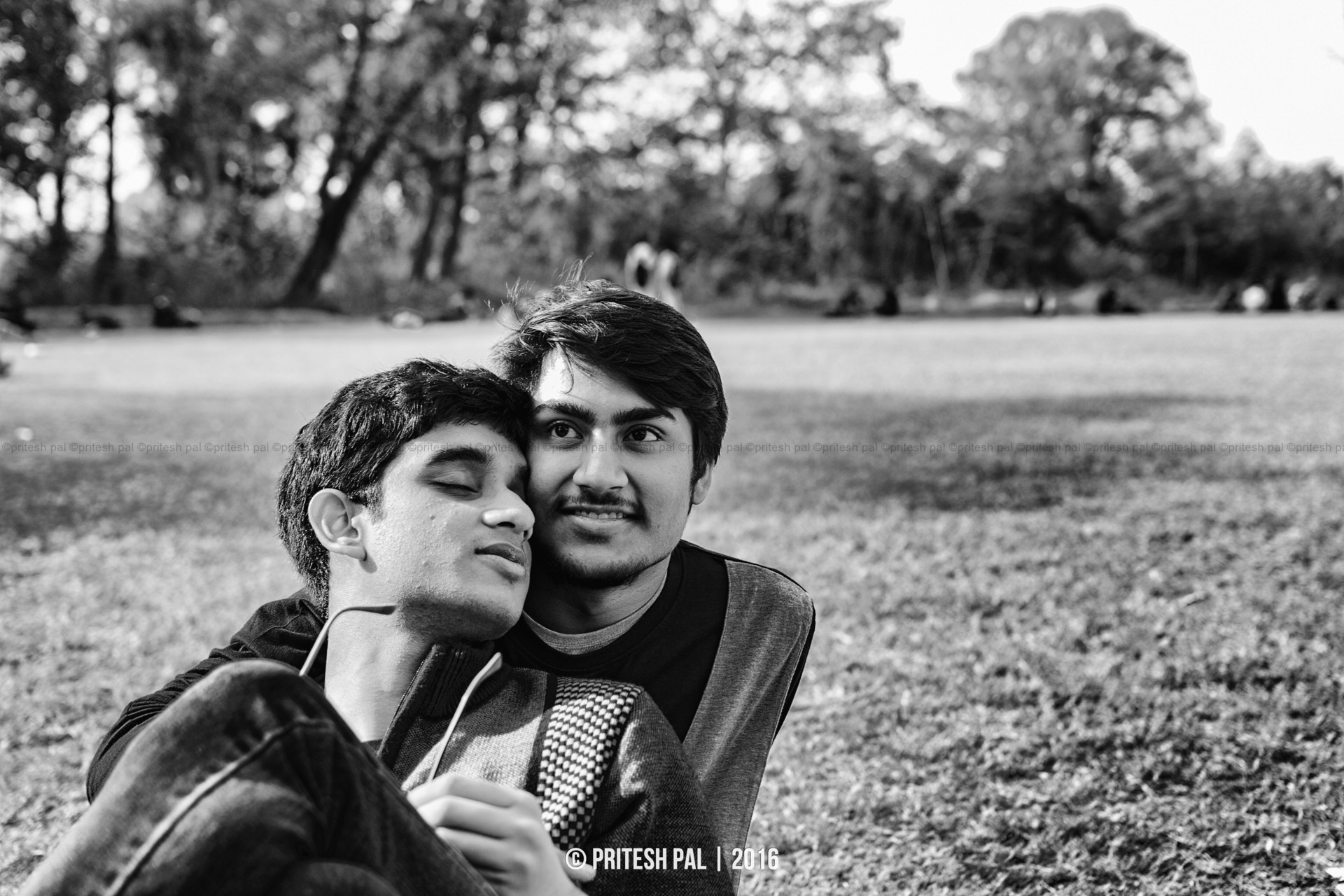 With the sale of DSLRs on the rise and the ease of opening a page at one’s will, many people are passing themselves off as photographers. These bunch of pseudo-artists have recently given in to the trend of photographing Queer Spaces, couples, persons, etc. trying to create ‘art’ through their lens, creating ‘revolution’ through their pictures. Seldom do we find work that expresses the words, and impacts the view of the society, and something unique is even rare. But, hope comes handy, not only because it tells us that people are thinking and working with queer persons and issues increasingly, but also because a variety of expressions is made available through the lenses of these photographers, giving us new insight into queer issues which activist or academic spaces might not come across easily.

Not all photography of the queer space needs to be splashed with a rainbow, or needs to be rebellious, or deal with the nuances of bodies, as is the observable stereotype of the scene. 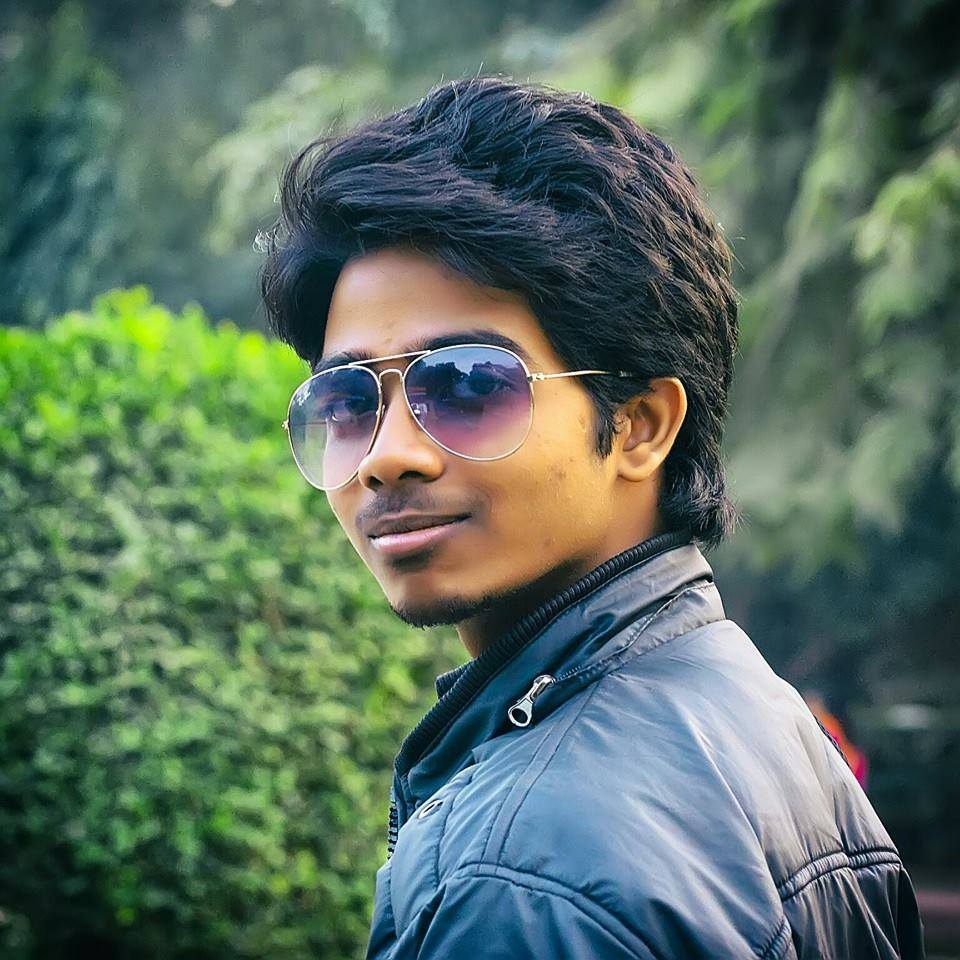 Pritesh Pal, a young photographer studying Psychology at Ashutosh College, Kolkata, has recently started working on a project which attempts to capture two homosexual persons in their day to day activities. The work is majorly in black and white, and involves two gay persons involved intimately in their day to day activities, right from spending their time at home together, to visiting places, and simply, hanging out together. What makes this work different from other works is the simplicity and lucidity of expressions, and the theme of the scenes, which deal with very basic day to day involvement of two people in a relationship, and the way their lives function. It means to breakdown the stereotypes surrounding the hetero-normative life, suggesting that a queer couple is no different from a straight couple when it comes to regular activities and their expressions of love, and hence, the discrimination against the queer community is uncalled and unexplained for. 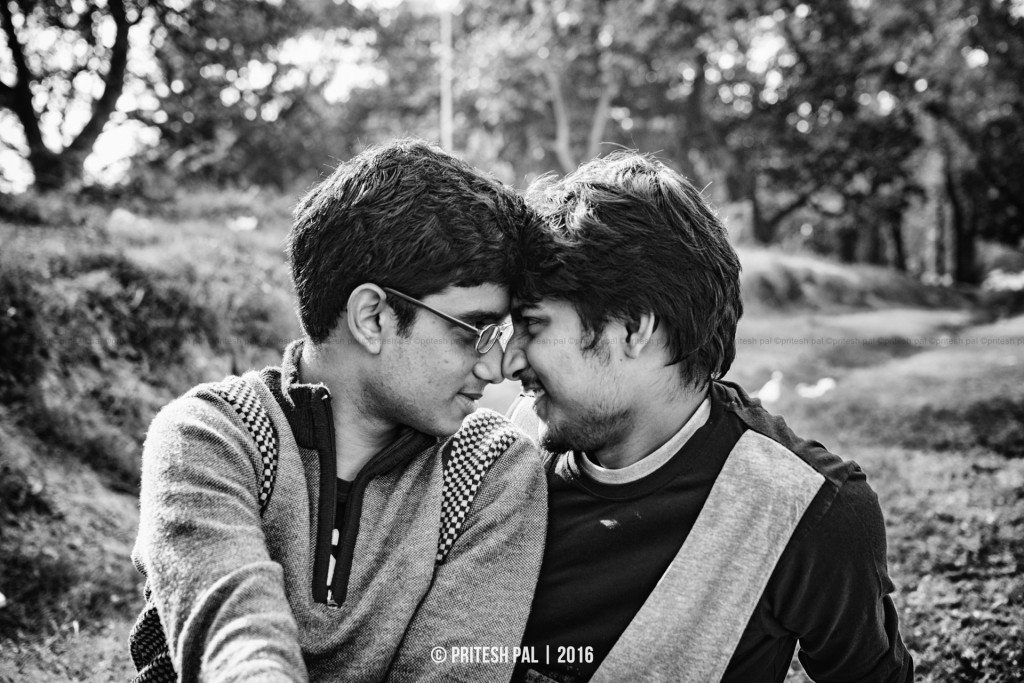 The project also comes off as interesting because the people involved are not professionals, right from the ones to be captured in the frame, to the ones who have been setting up the scene. As an amateur work, the project shows a lot of promise, given that most of the snaps have been taken candidly. The work also attempts to show the external manifestation of a gaze, where the eyes of the lovers talk amongst themselves, and give the pictures the aura they have. This is a serious departure from the usual expression of the ongoing work on Queer issues, which either highlight the sufferings, or moments of intimate physicality. 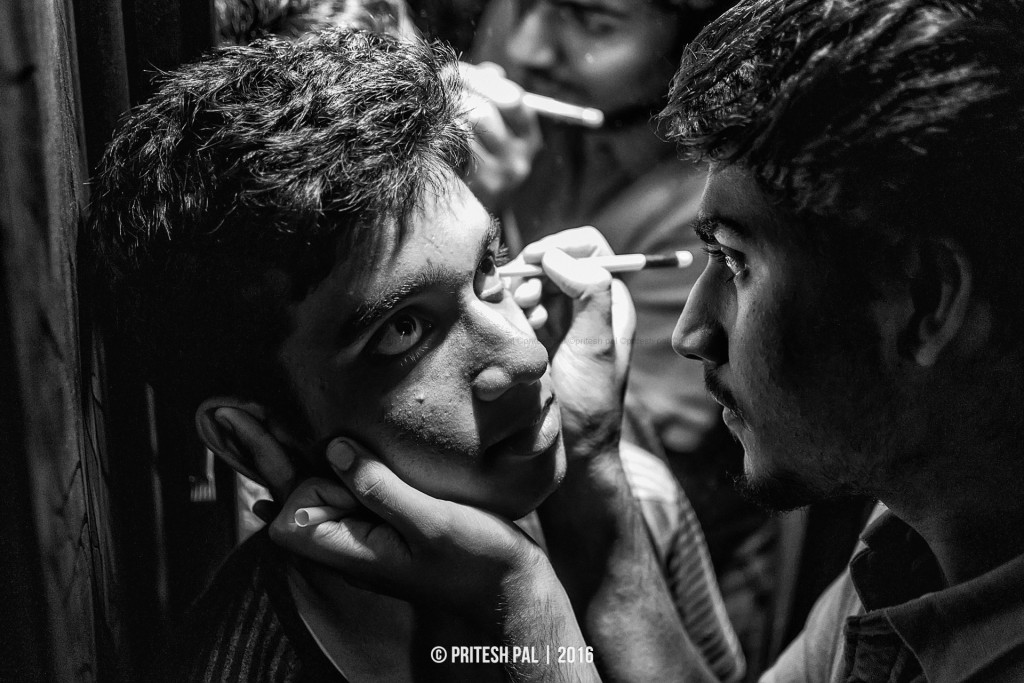 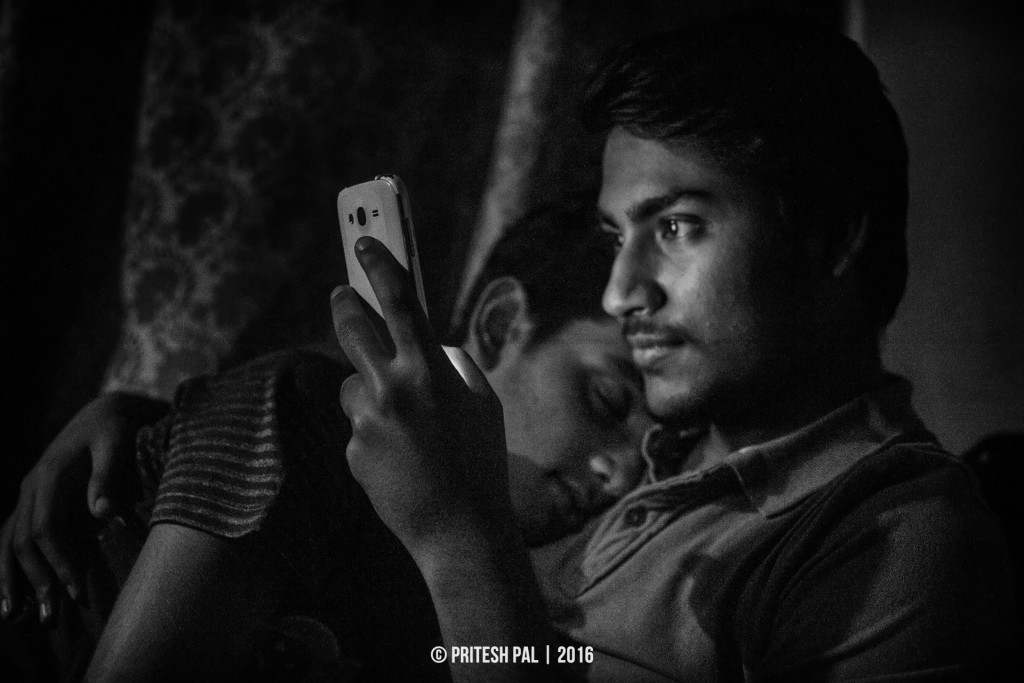 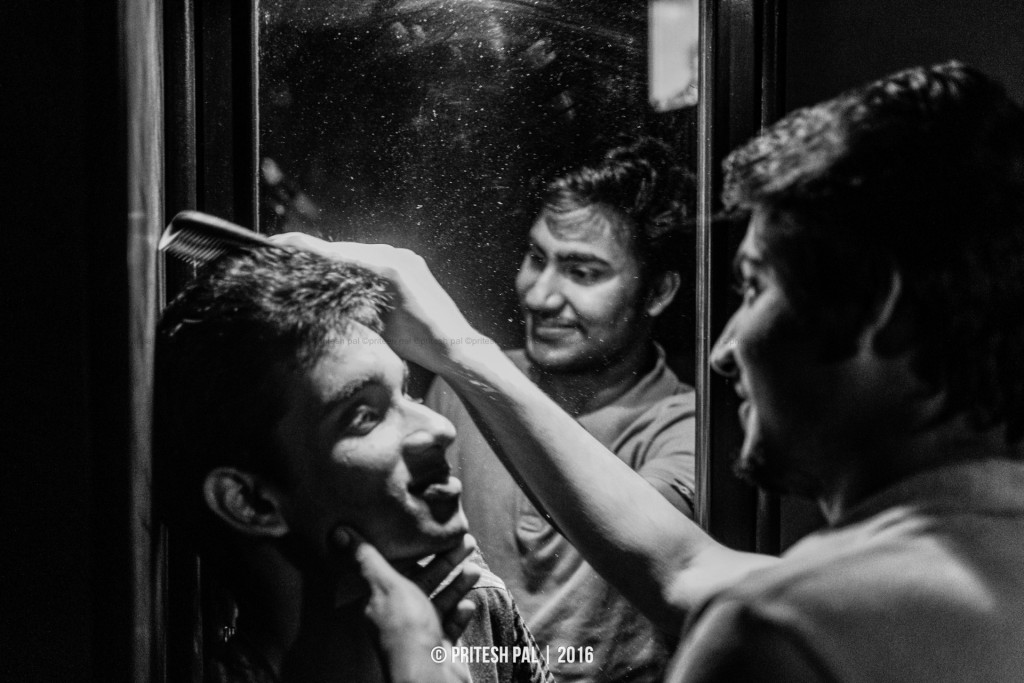 Born on the 13th of December 1996, this young photographer is balancing his college and his skill to express the way he looks upon the queer space. He started photography back in class 8, and this is his first full length series that he has worked on. When asked about his work, he says, “Most of the projects around the queer issues focus on either the grievances or biasing of a view. With this series, I tried to present a homosexual couple engaged in their regular day to day activities, which are no less different from the way a heterosexual couple behaves. This is my blow to hetero-normativity. I believe that my work shows them in their own light, in their very basic self, and hence, becomes fundamental to understanding the concept of equality irrespective of the sexual identity. I come from a very homophobic environment where homosexuality is still looked upon as an issue worth mocking. This is my way of showing the warmth that exists in love, be it between people of any sex, gender or persona.”

The work was conceptualized and completed in a period of a week, with a friend’s home, Maidan and the Zoological Garden in Kolkata setting the background. Aritra Chatterjee, one of the people featured in the series describes his experience of working with Pritesh, saying, “The ease with which Pritesh conducts his shoot is admiring. With him, you never feel that you are being restrained in expression. And while he relaxes you, he also captures the perfect shot. A regular life scene captures the intricate daily nuances and celebrates the extraordinary in the ordinary. Moreover it is in such scenes that the on goings of life are reflected in the most unbiased form.” 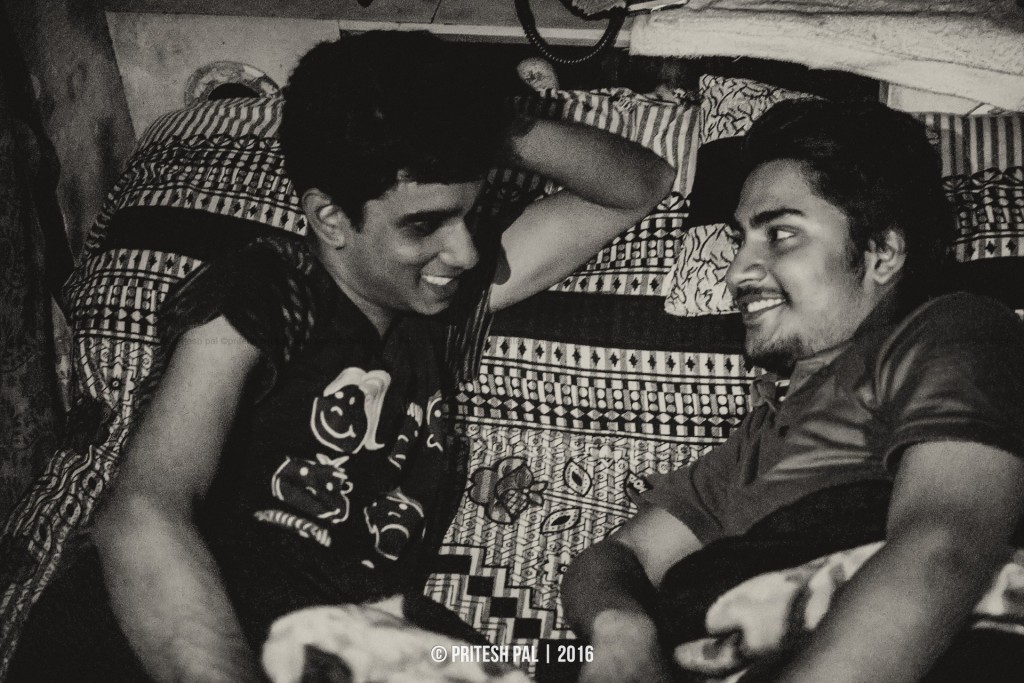 The striking feature of this work is the candidness of the pictures, which have been snapped at natural moments. The gaze is also an intriguing one, and creates an aura of warmth and love. He plans to follow up this series with a few more ideas, which are still on their way to getting conceptualized. We at Gaylaxy wish him all the best for his work, and really hope that he gets all the encouragement he needs as a skilled amateur. We also understand the need for more such base level art, not just photography, which delves from the usual slash of a rainbow and brings to the forefront LGBTIQ lives in their regular fashion. It makes the issue more presentable to the hetero-normative Indian audience beyond the borders of the community, who are disturbed by something very valiantly rainbow, and hence, this cannot be ignored. You can view the complete album here. 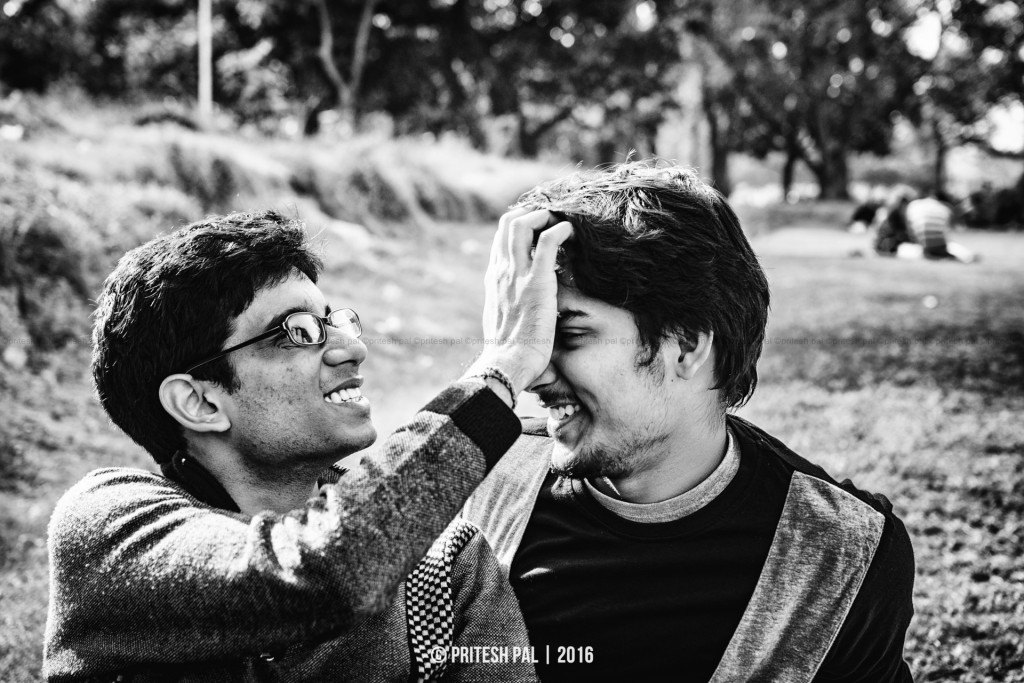