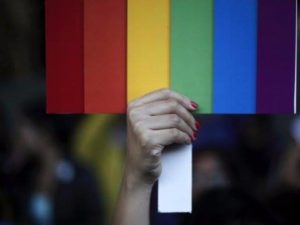 I have just completed my BBM. I am currently preparing for CAT exam and spend most of my time doing that. I am passionate about dance and I love exploring new things.

My childhood was awful! My father left us and never supported us financially, even for food, clothes or toys. I spent a major part of my childhood witnessing my mother getting physically assaulted by my father since I was a baby. My father came back when I was in the sixth standard. He used to pressurize me to study all day without breaks. I went into depression because of this. I also never opened up to anyone about me being a victim of child sexual abuse. I never spoke up about what bothered me and my parents took me to a psychiatrist. I was in grave distress for two years because of which I started bed wetting which continued till I was in the tenth standard. The psychiatrist just gave me some tablets and said it will all be okay. I was not cured. I think it is very important to choose a good psychiatrist. The whole education and medical system must be more responsible in this regard. Hospitals should take feedbacks from patients about their doctors.

The bed wetting stopped when I spoke to friends about it. My friends got me out of depression then. My gender identity issues started since I was only three or four. I always wanted to dress up like a boy. I identified myself as a male person. My mother never understood me and thought something was wrong with me. She tells me, “Had I known before, I’d have kept you in control.”

I got into a relationship with a girl when I was sixteen. My mother checked my text messages and thought I was a lesbian. She told me, “Transforming from female to male isn’t possible. If you want I will take you to a psychiatrist. Even they will tell you the same thing.” I asked her to get lost! After that day, relations between my mother and me have become strained and I feel ashamed of myself. I hate my parents for bringing me into this world. It is so, so difficult to pretend that you’re just like everyone else. It is SO difficult!

I am living with a hundred doubts. I wonder why I am like this, why I am gender dysphoric and if there is a solution. Doubts are so many that to people I might have been in love with, I never said I was gender dysphoric. I was in a relationship with a woman to whom I said I was intersex and that’s how she accepted me. I feel very, very guilty. She eventually left me. I fell in love once again with another woman. I made sure I told her the truth about myself. However, after doing so I couldn’t be with her anymore as I was neither willing to explain to her the whole situation nor would I lie to her.

Like many other parents, mine too think that there’s something wrong with my head and that with age I’ll be ‘fine’. I really don’t know how to explain to people that there is nothing wrong with me and that ‘different’ isn’t ‘wrong’. However, I will never forget the fact that some people have really tried to help me. A ‘thank you’ isn’t enough to tell them how grateful I am to them.

Things are so difficult because there’s lack of awareness and easily available information in this regard. Kids should be taught in school about stuff related to gender and sexuality. They need to be told that there’s nothing wrong with us. Only then will these things be talked about. Only then will people not be scared. I also think that medical and psychological assistance services for LGBTQ+ people must be more easily available so that we easily know where to go to, who to talk to when we are suffering.