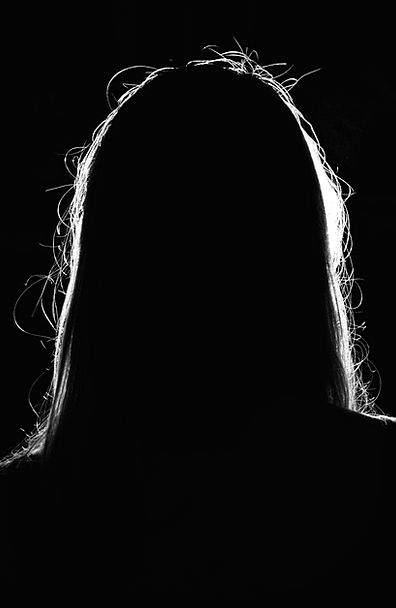 This is how the story goes:

There is a man living under your skin, looking through the windows of your eyes. He has been living there for as long as you remember, perhaps from the very moment you opened your eyes.

You are the vessel and he is the soul, and you perceive it all through the filter of his memories.

You don’t see him in the mirror often, but what you see strikes you like a hammer, and realization comes like a flash even before you fully understand what it is: he would always have to stay hidden, trapped within the walls of your flesh.

When you are three, your parents dress you up in skirts and bunch up your hair in ribbons over countless cries of protest. This is how it should be, you are told, and you know for sure they are wrong. You are a girl, they tell you over and over again, and that you should not wear shorts to school. You are a girl, they say, and girls are demure little creatures that never cause trouble, never run out in the wild and toss themselves in the dust. You are a girl, and girls always choose pink over blue, Barbie over Batman, play indoors instead of wreaking havoc out in the streets. After the thousandth time, you can feel their patience stretching thin and you flinch every time they lash out at you. Slowly it spills over the little circle of your parents and relatives to the neighbors, and you start to see the same knowing look in the eyes of the teachers and all the other faces at school. They stand you up in front of full classrooms when you’re in second grade and make sure to point out all your little quirks, branding each of them as faults. For seven years, they lurk around in the corridors, wearing stern faces and disapproving glares, looking for excuses to throw you out of the class. You learn to watch out, you learn to stay invisible and out of sight, you learn hate and regret and loneliness and the art of repression.

You start to wonder what you are. You wonder why it is so obvious to you but invisible to them.

You wonder what is missing; what is so different between you and that favorite cousin who looks just like you but goes to an all-boys school. You start living under a cloud of dread, with anxiety pulsing like a heart, always on the edge, always weary, always wary of signs that may or may not exist, like a sailor who crouches at the first graying cloud.

When you’re ten, you decide you are not like other girls. So you try and try harder and harder to be different, no matter what you were before. You don’t like pink, no, even though it’s a pretty color and you just bought a pink schoolbag the other day. You’re not like other girls. You start to distance yourself from your friends – girls with grace and poise and enviable ease at their visible lack of boyness – but the boys don’t include you in their games anyway. So you watch from the sides, staring hungrily at cricket matches played on the streets, wishing you could just be swallowed up by the concrete under your feet in a puff of anguish and hot tears, not being able to figure out why. During holidays, you feel a cloud of bitterness creeping up your heart when you slowly open your gifts and look down at the mass of frills and beads and glitters. Deep inside, you long for that pair of denim shorts your cousin got for his birthday and those blue sneakers you saw at the mall.

Maybe it’s gender-roles, you convince yourself when you are thirteen. Maybe you just don’t like how most women act and present themselves. But women can do anything they put their minds to, your bank-manager of a mother reminds you, and you can’t quite disagree. And yet, a part of you keeps on groping away at the darkness in the cracks of your mind, like that writer who is always on the hunt for the perfect word. It’s not what you can do, but it’s what you are. You keep looking at women around you, so sharp under that glow of confidence, and you wonder how they do it without the persisting sense of claustrophobia that drags you down every day, an empty feeling of being trapped and lost.

You hate yourself when your teacher stands you up in the hallway after your twelfth birthday and whispers to you about wearing a bra. When your mother tries to help you into one, you scream and cry and try to scratch her skin right off. She doesn’t understand, but neither do you. That night you desperately try to tear the growing nipples off of you like a bad old rash, only to wake up the next morning in a hospital. The bleeding, the doctor says, was bad. They leave scars that you can touch; reminding you again and again of the unwanted lumps growing like a tumor that won’t ever, ever go away. All you can do is watch as they shape and mould your body into deep curves.

After that, you sort of break down and give in, withdrawing deep inside your head in shame and guilt and pity and anger and a thousand other shades of emotion your little head can’t understand and doesn’t even want to.

You come across the term “tomboy” soon after. It doesn’t quite fit (like an old, patched up shirt that has long lost its color), but at least you have something: a term, a name, a label, an explanation. But they say it is all supposed to be a phase, and you are going to grow out of it in a blink like that horrible dress you liked as a kid.

This is how it should be, you chant like a mantra, as you walk through life mechanically, under heavy lids of sleeplessness, trying on short skirts and dresses and everything else your father tells you that you look pretty in. This is how it should be. You rummage through a thousand different color palettes with identical names and finally learn what fits your lips or your eyelashes, you figure out the art of being pretty, like a doll, and you wonder what it is that girls are supposed to do. You start watching girls, trying to learn the art of being a girl, but it feels like an old, ill-fitting costume, too heavy to breathe in or to move, or sagging skin you are disgusted of. You pretend you’re an actress on stage.

Men stare at you like they do a woman and it makes you want to throw-up. All you can think is how they look at those ugly, ugly, scarred lumps of flesh that wouldn’t let you be like all those androgynous creatures from bands and fashion magazines.This is how it shouldn’t be. You are supposed to be strong; you’re supposed to be obedient.

When you’re fifteen, you find a name to call yourself one night when you’re turning through the pages in some forgotten forum on the internet, and you come across a word that is the lifeboat you have been clamoring for all your life. Transgender, transsexual, non-binary, gender-queer. A simple word no one around you has heard before, a word that opens up a whole new world and a whole new promise, and a great many people you couldn’t even imagine before.

It is that night you try to hang yourself.