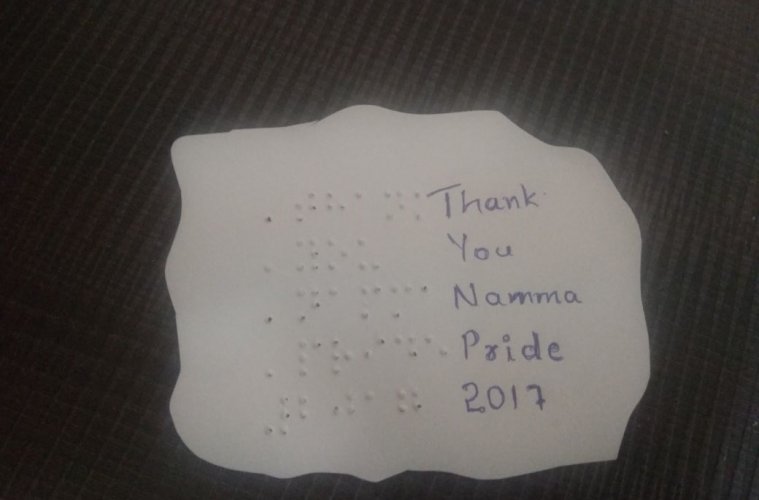 Anu identifies herself as a lesbian and has been attending such events to express solidarity with people with disability (PwD). 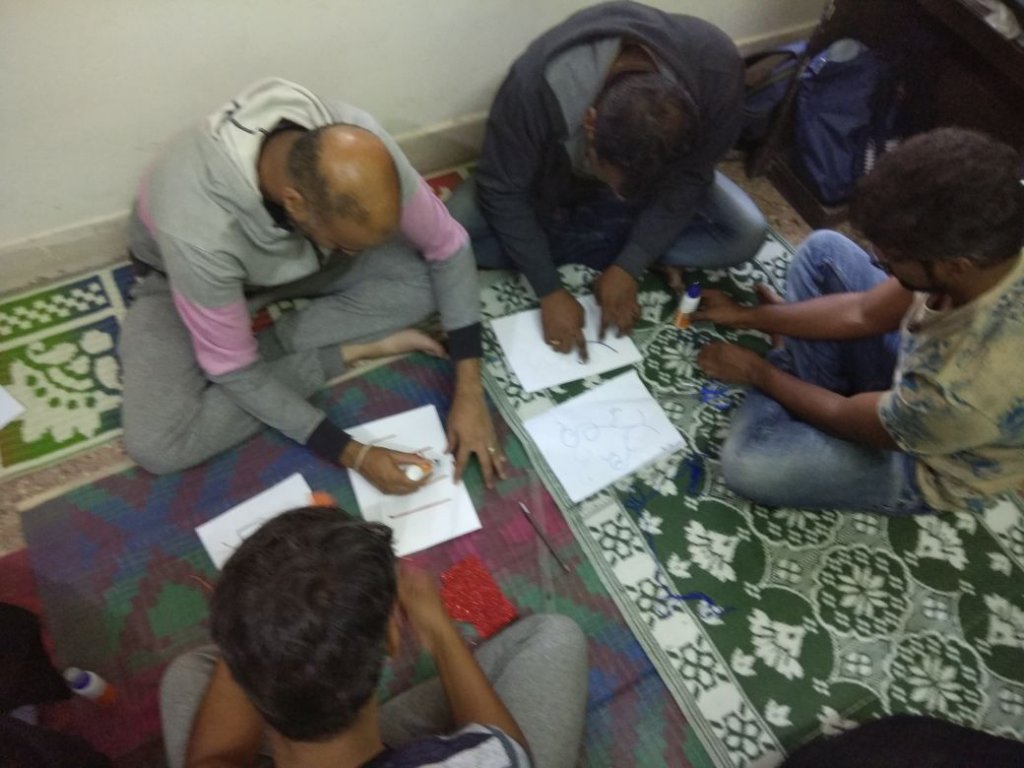 Like Anu, there were other individuals from LGBTQIA+ community and disability space, as well as allies of both communities who had gathered to attend the ‘See The World Through Touch’ event organised as part of Namma Pride 2017 in collaboration with Giftabled Foundation on Saturday, 4th Nov, at Koramangala. This event focused on bringing together the two communities, making them feel the joys, the pains, the similarities yet the differences which united them. 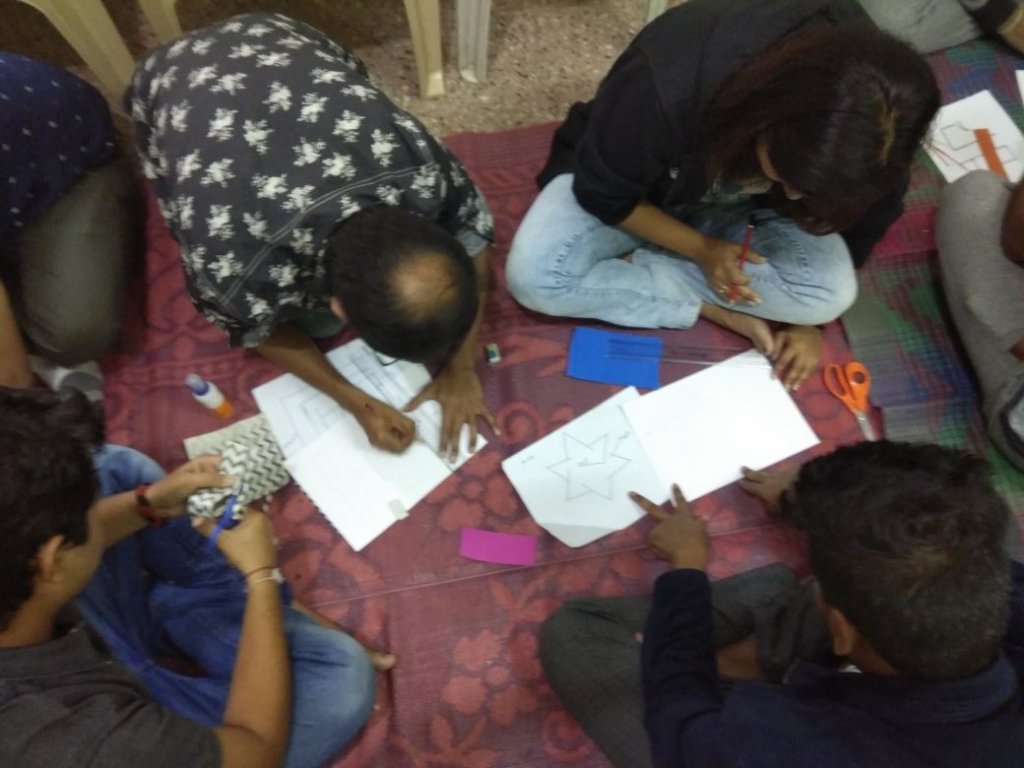 “We all have to learn to understand, love, care and respect every individual. We have decided to make this pride march not only accessible to the community but have also organised a series of events to know the community a little better – a platform to learn from each other,” said Deekshitha, who works as a Project Manager with GiftAbled Foundation.

The Namma Pride accessibility Team along with Giftabled Foundation had organised numerous activities that day that simulated the lives of persons with disability. These activities gave most people, who gathered there, an opportunity to educate themselves and know more about the pains, struggles and joys of being a person with disability .

“I know how it feels to be visually impaired as I have limited visibility. This event gave me an opportunity to meet and interact with people like me. At the same time I enjoyed learning braille and sign language,” said Sonali, an ally, who has limited visibility since birth.

Some believe that people with disabilities are somewhat neglected. They are marginalised in India just like the queer community. 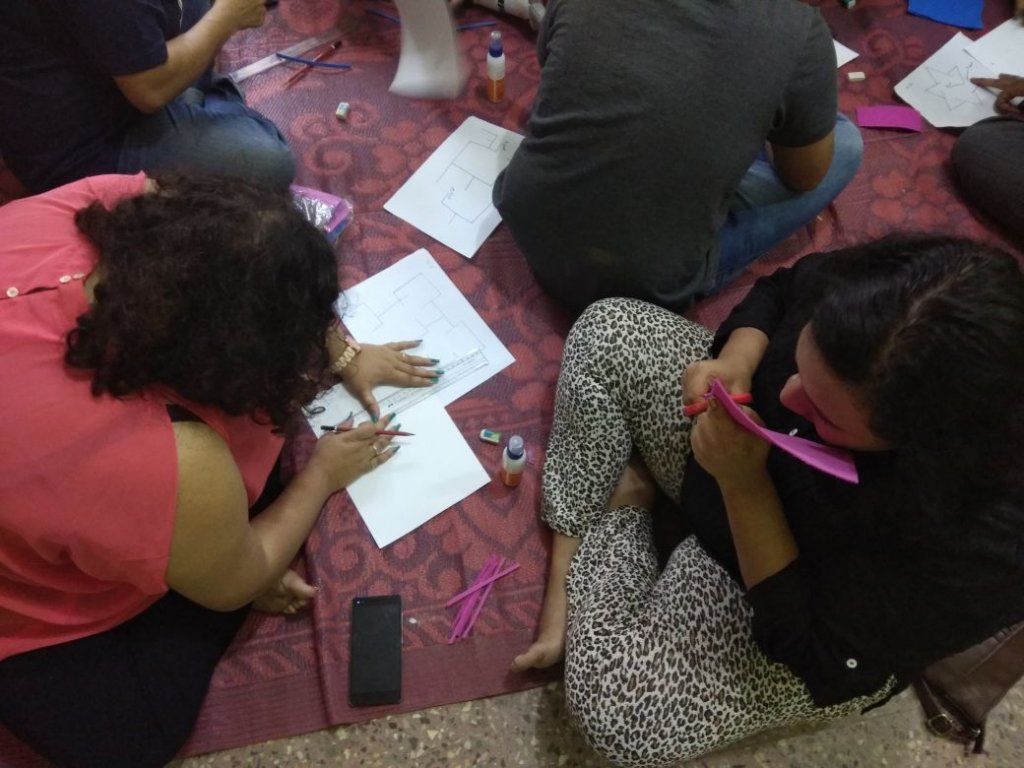 “The needs and wants of people with disabilities are often neglected in a country like India. I came here to express solidarity with the community. It helped me find a common ground and be there to experience the problems of the community – both queer and persons with disability,” said Anu.

“I realised how hard life is for persons with disability and participating in such activities organised by GiftAbled and Namma Pride brought me real close to them,” Anu added.

During the event, people crafted tactile 3D mazes and puzzles with strings, beads and colourful sponge paper. The goal was to make tactile 3D figures for the visually impaired, which can be sensed only through touch. The team also organised sessions on sign language and braille.

“I have always wanted to learn the sign language, this event gave me an opportunity to learn it. I feel it is necessary to learn such a language as it will help me to communicate with corporates who have persons with disability,” said Alister, 27, who identifies himself as bisexual and works with a social enterprise.

Besides, GiftAbled Foundation has also put in efforts to convert poems and stories into tactile 3D versions. “Visually impaired children will never have an idea about how the real world feels. Tactile library is an initiative that brings stories and rhymes to life. We are happy to be associated with Namma Pride this year,” Deekshitha noted.

With each passing year, Namma Pride Bengaluru has always been inclusive and diverse its events. “This is a great initiative by Namma Pride Bengaluru. I am looking forward to being a part of more such events in the future as I get a chance to voice my concerns and meet diverse people,” Sonali added. 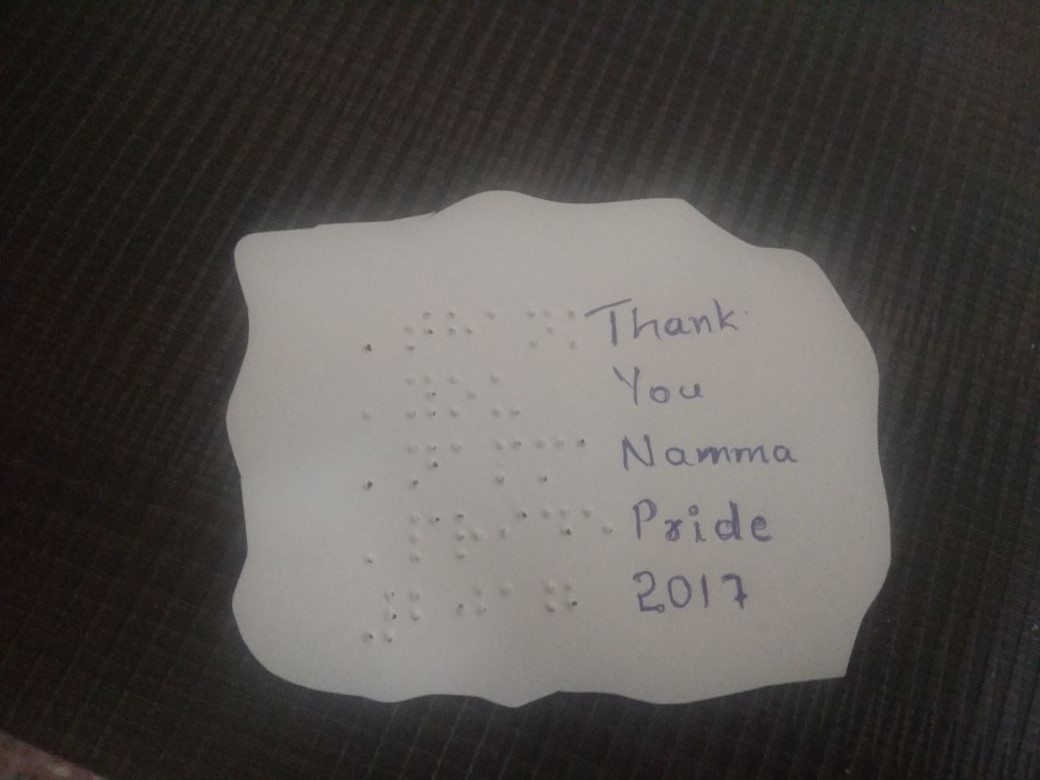 “Apart from making pride and pride events accessible to persons with disabilities, this year, the team wanted to go one step further and have a unique event where members of the queer community can learn and contribute in some way, and vice-versa. This is an attempt at intersectionality. We also have people who are both queer and disabled (or ageing). It was rewarding to see the attendees learn and also have fun. Hopefully, such efforts will help create a more accepting, accessible and inclusive world for everyone” said Ritesh a co-organizer of this event.

In 2016, Namma Pride Bengaluru held its first disability-friendly march. The organisers had arranged for a sign interpreter and had collaborated with KickStart cabs — a cab service specifically for wheel chair users and senior citizens — which made commuting easy for people with disability. The initiative was a great start and indeed successful.

The accessibility team has created videos to educate both the communities about the world of the other. Contiuning last year’s committment, Namma Pride 2017 continues to be accesssible to persons with disabilities.

If you require more information about this endaveor or require assistance to participate in Namma Pride 2017, please reach out to nammapride.accesibility2017@gmail.com.

Abhishek Kamat is a marketing professional during the day and writer at night. He is currently based out of Bengaluru. He loves pizzas, chaats and samosas. His hobbies are to write, read, and binge watch old Bollywood movies and English soap operas.