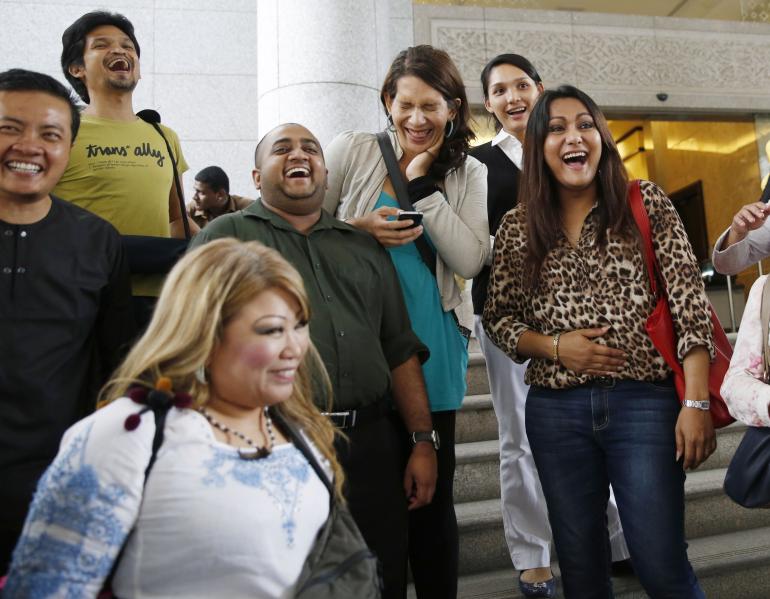 Transgender rights activists celebrate the ruling outside the court in Putrajaya. Picture: Reuters

Transpeople in Malaysia won a landmark victory last week with a court striking down a ban on cross dressing in the country, calling it ‘degrading, oppressive and inhuman’.

The case was filed by transgender women in Malaysia who challenged the Sharia law that is used often to arrest transpeople, most recently in a mass arrest of 16 transwomen in June, Human Rights Watch reported. The law prohibits any man from wearing women’s attire in public or posing as a woman.

The case was reminiscent of the 2009 Delhi high court judgment that decriminalized homosexuality, with the Malaysia appeals court repeating the words human dignity many times in the judgment.

The New York Times, however, reported that the judges said that the case had nothing to do with homosexuality, which is illegal in the country. Transpeople had had a presence historically in Malaysia and the local culture is replete with such imagery and literature but in recent times they have come under heavy scrutiny and oppression with Sharia strictures.