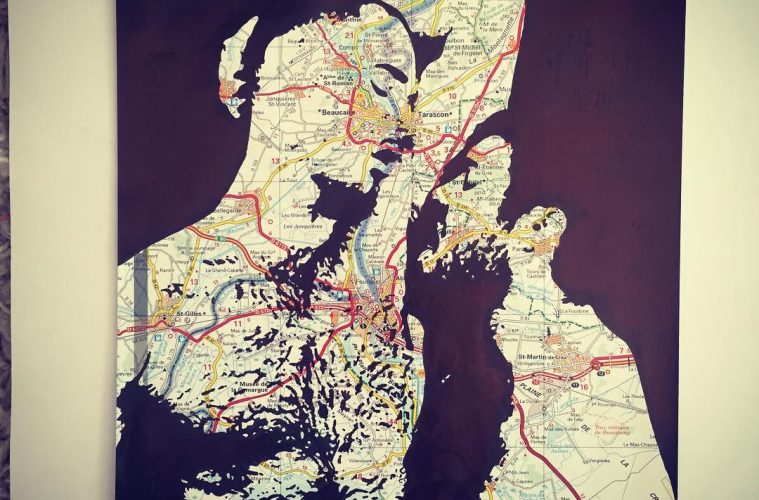 It is almost 50 years since Great Britain decriminalized male homosexual acts in England and Wales, and now, like many other countries in the west, is in the middle of a blossoming of queer art and culture.

Niall Kirby, 30, a remarkable artist from the region, has “a great passion for recycling and saving the planet.” His unique art forms on road atlases and used newspapers set him apart from the rest of the artists I have ever met before. But what is more fascinating about his art form is his profound interest in nudism and eroticism; themes that only a few choose to accept or simply turn their backs on.

While there are several instruments to express one’s feelings, thoughts, sexuality, and fantasies, for Niall, used newspapers and old atlases offer him a perfect platform to sketch his innate desires into absolute reality.

When I came across Niall’s sketches, I knew it was something I had to share.

While it is breathtaking that a lot of conventional media focuses on mainstream events happening in major conurbations of London and New York, there is far too little attention paid to the smaller communities, many of which are still struggling to make a significant impact in the society.

Gaylaxy caught up with Niall for tête-à-tête and here is what Niall had to say about his exclusive form of art, and how his circumstances have contributed to him growing up as an artist: 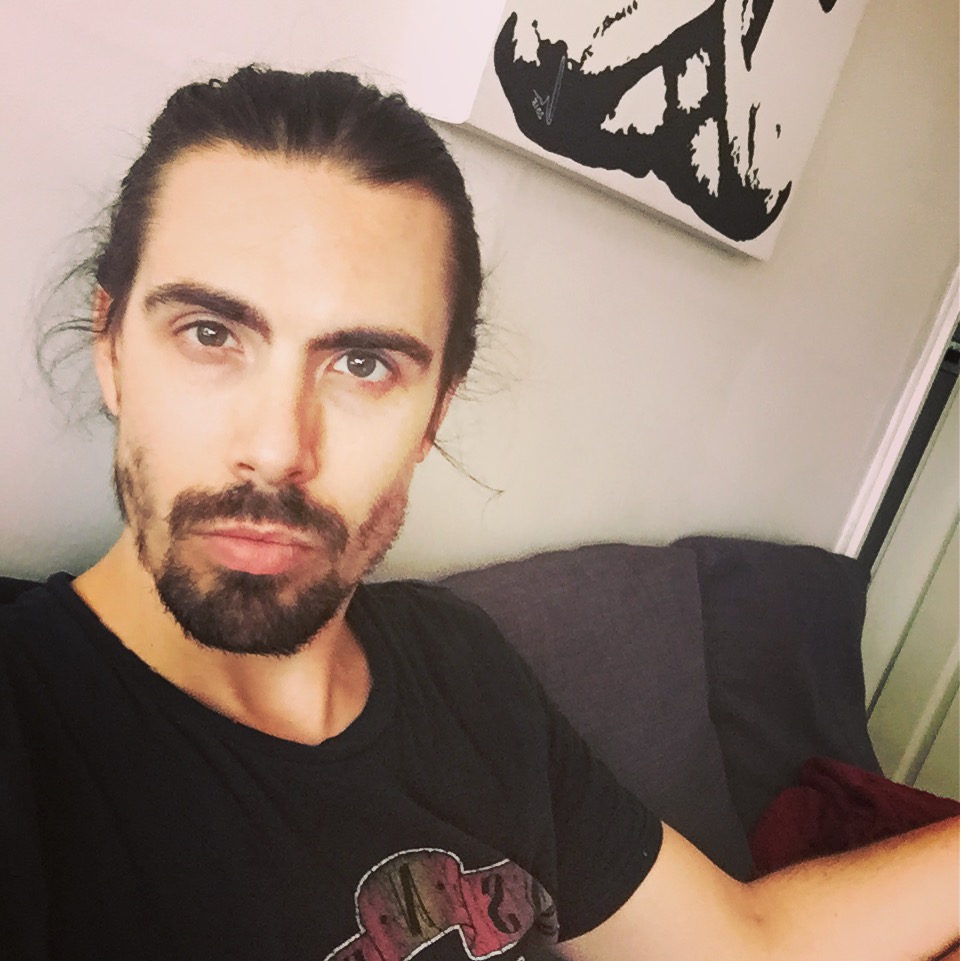 What prompts you to sketch on used newspapers and road atlases?

NIALL KIRBY: When I first started showing my work I originally did draw them on white paper. However, I felt that it really didn’t do much, how it was so generic and similar to everything else being drawn around me. I have a great passion for recycling and trying to save the planet.

One day I happened to stumble across a road atlas and thought I would give it a try. Failing with other types of mediums, I finally found something that could work well. I mean why use crisp white paper and cut down more trees to create endless work when we have beautiful papers of many colour already available to be up-cycled. 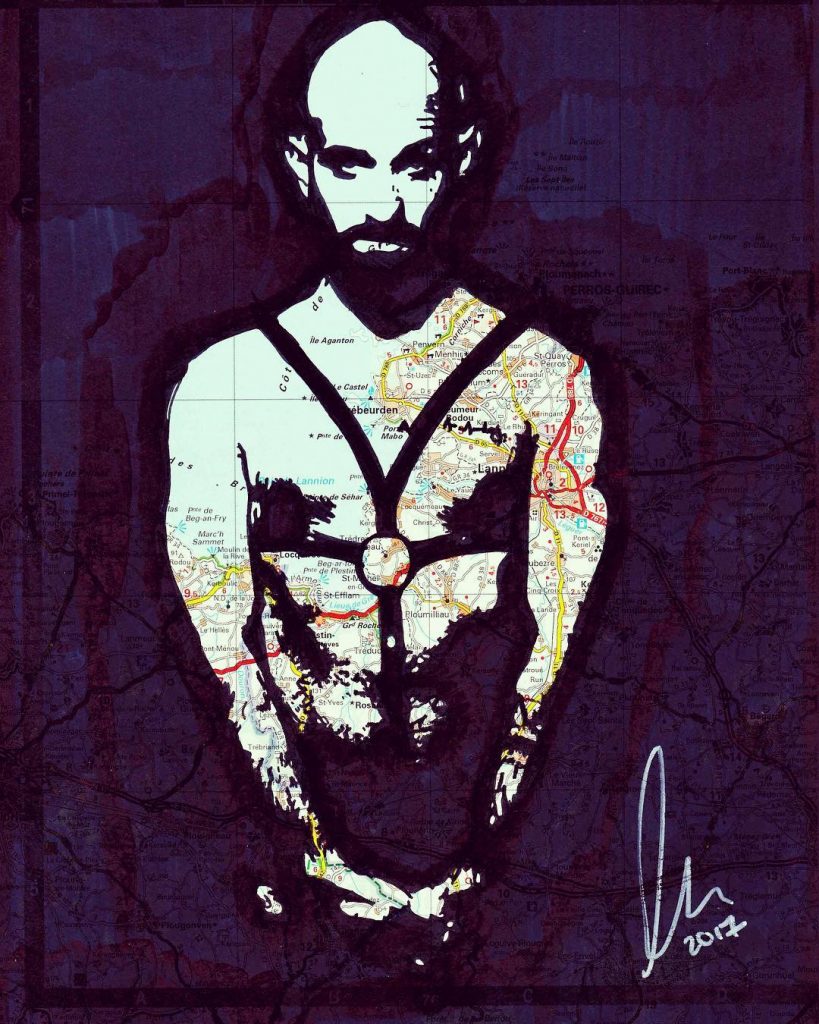 Your sketches are mostly nude bodies of men in their most intimate moments; it is very intense, what is it that you are exploring?

NK: I have always been interested in the human body, since starting college and studying fashion. I have always been obsessed with bodies rather than what goes on them (clothes). I also have a fascination with light and how it playfully dances on a body.

I just find something fascinating about the muscles and the light that plays with it, the way that the veins, hairs and other body parts have their own life in the image. It is seen as sexual, yes; but it’s also how we came into the world, we are able to control the way our body looks as we age and this is beauty in itself. 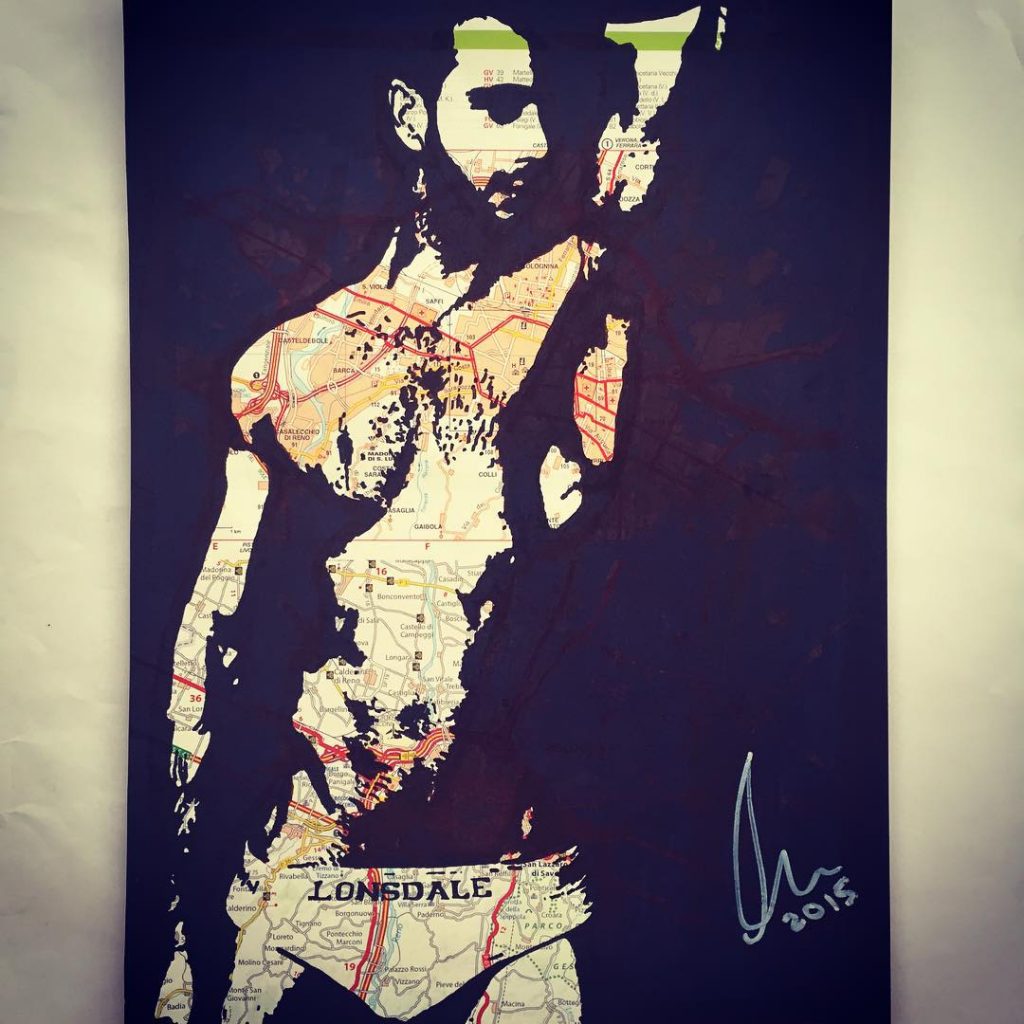 Lastly, I like to show one extreme to another, from romantic single images of men to something a little more hardcore that could shock many but also please others. 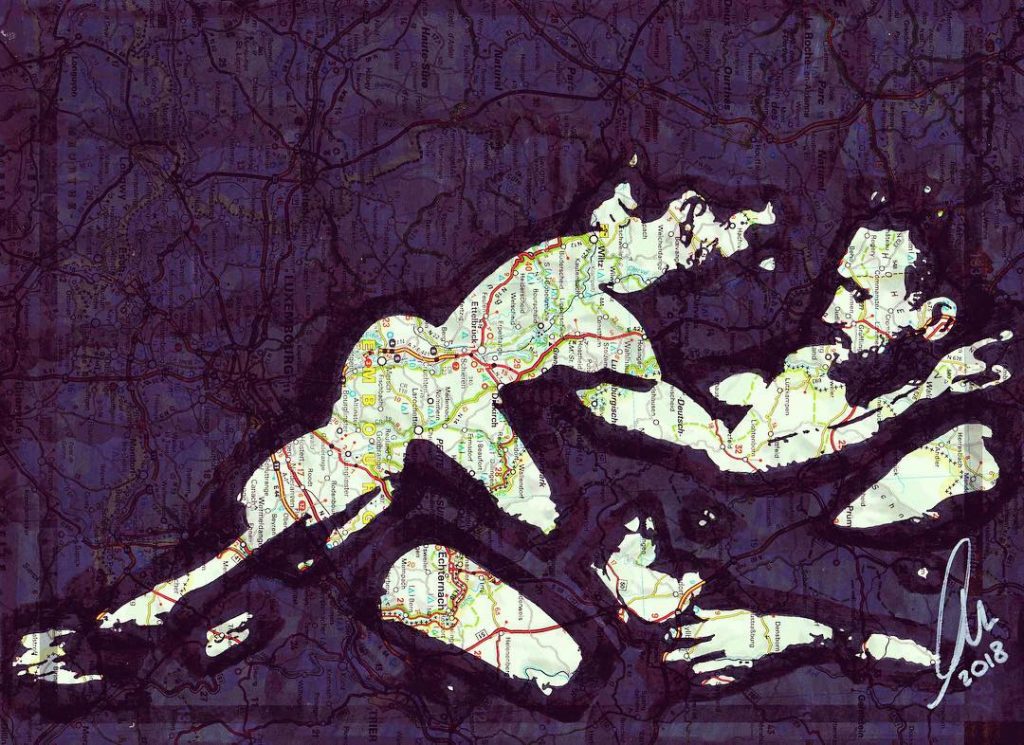 Since most of your sketches adhere to the theme of eroticism and nudism, how have people in Britain received your work?

NK: I feel that the people here in Britain don’t really understand it; I don’t have many buyers or fans here in Britain. It’s mostly in the US, Canada, Australia, and Japan. I don’t think British people really get it or want to admit they get it.

I believe that the British politeness is still very much alive and so if anything is out of the ordinary they will just choose to ignore it. That being said I have a couple of clients that support me and come back for more. 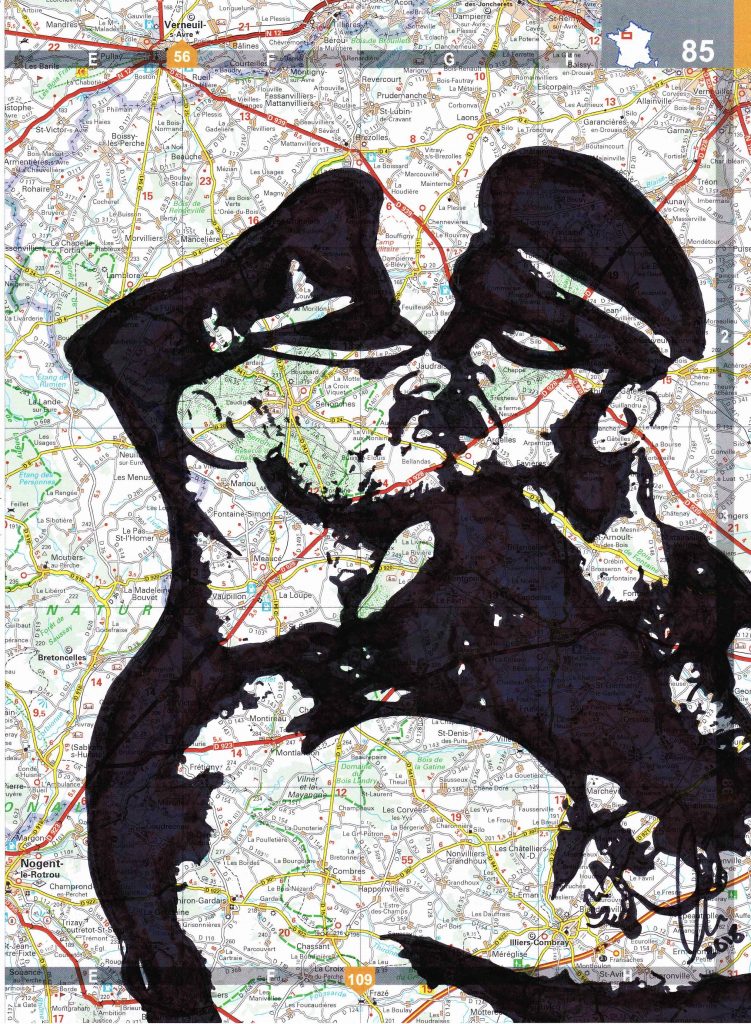 One man in the north of England told me that he buys my work because he feels it will one day add in value. On the other hand, I had someone tell me how amazing my work is but would never have a piece because he wouldn’t be able to frame it in his house where his mother could see it. 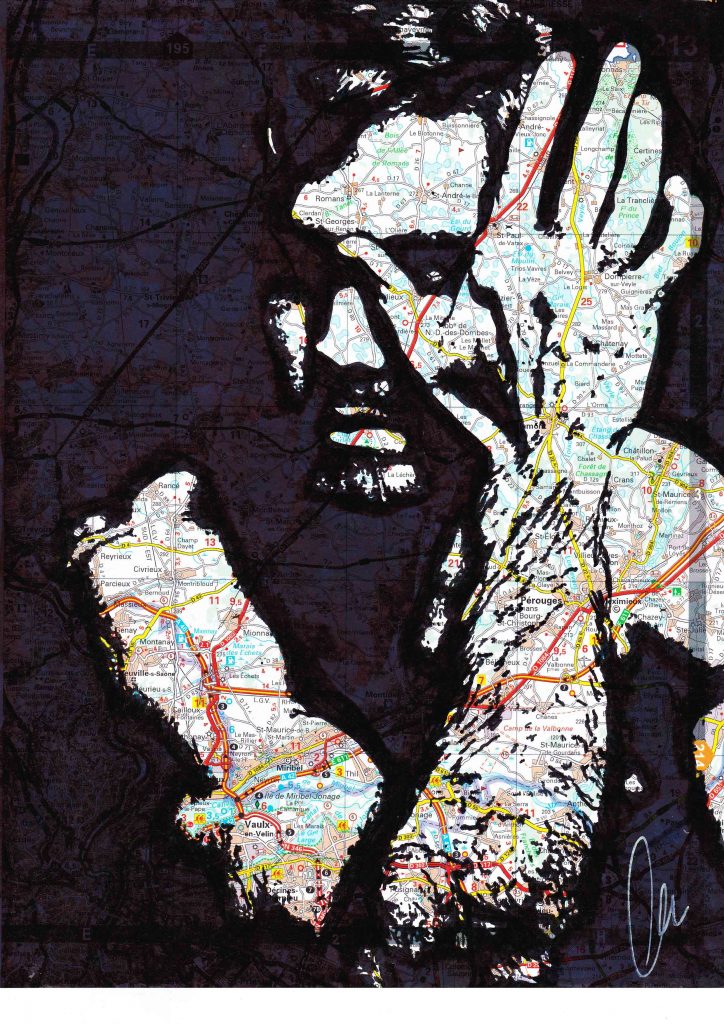 For more about Niall, check out his Instagram page or visit  https://www.etsy.com/shop/nlmkart