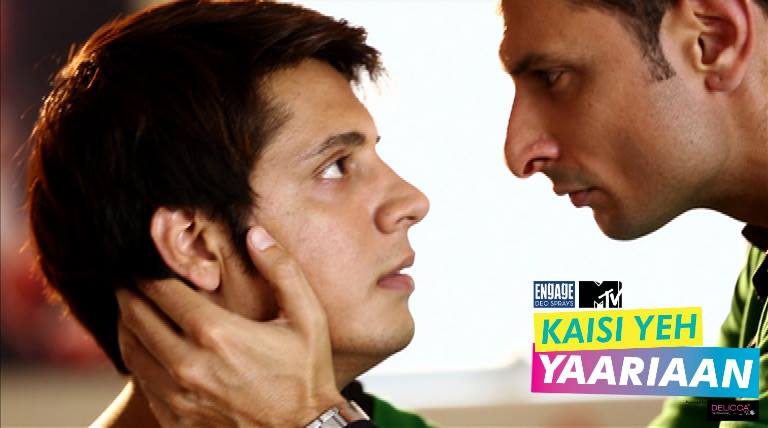 MTV’s TV series Kaisi Yeh Yaariyan that shows the life of five friends who are part of a college music band, has brought in a gay subplot to its story line. The character Cabir (played by Ayaz Ahmed) who is part of the band and is shown as a flirtatious ladies’ man, comes out as gay after a friend catches him kissing another man. The plot shows the friend being supportive of Cabir’s orientation and encouraging Cabir to be accepting of himself when he reveals that his insecurities were the reason for his being in the closet.

Ayaz says that he looks forward to playing the new character.

While Hindi TV serials have in the past depicted gay characters, they have predominantly been caricatures or used as comic interludes. There have been a few exceptions, with ‘Maryada Lekin Kab Tak’ which aired from 2010 to 2012 on Star Plus having dealt with a gay subplot. Daksh Ajit Singh and Karan Singh played a couple whose love continues even after one of them is forcibly married to a woman . Another show ‘Pyar ki Ek Kahani’, a supernatural series by Ekta Kapoor which ran from 2010 to 2011, had Gautam Gulati playing a gay character in a love triangle. Both serials however, let the gay subplots fizzle out midway into their season. Interestingly, the protagonists playing gay in both the serials quit after their roles were canned, citing creative roadblocks.