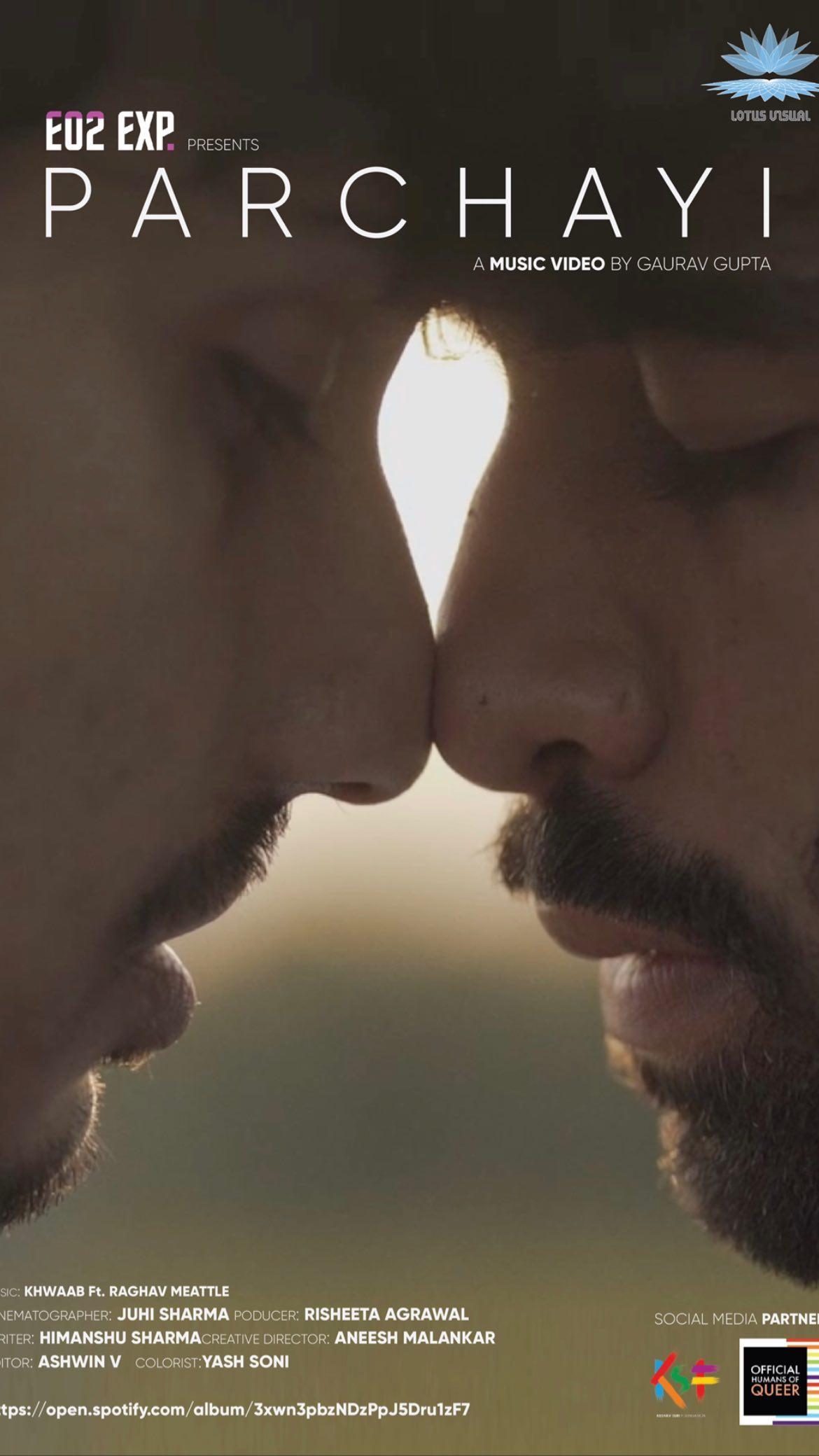 As the queer community and its allies celebrate 3 years since same-sex relations were decriminalized, the conversation hasn’t progressed since. For over a year now, members of the community have been making the rounds of our courts to get equal marriage rights, and every time all they get is another date.

Music has always been a weapon that has brought about and supported change in the society and that’s what some wonderful artists are doing to get the needle moving. Producer/Songwriter Nishant Nagar aka Khwaab’s mesmerizing song Parchayi, sung by the wonderfully talented indie artist Raghav Meattle has been reimagined by Director Gaurav Gupta as a bitter-sweet love story in a small village.

The soothing instrumentation and the dreamy vocals are the perfect backdrop to a blossoming romance that tries to hide itself in the shadows, afraid of the society and its judgement. Unlike most music videos on queer community, Gaurav wanted to show a story that he identified with, the kind of world he grew up in. As Gaurav says, “I wanted to shine a light on love stories that happen in the other India, after all love isn’t just for people in big cities.” The music video is rustic, raw, and beautifully captures the pain of love and longing.

Khwaab and Raghav who collaborated to bring this transcendent composition to life last year are pleased with Parchayi’s evolution. As Raghav said “It’s now a collaboration of different artforms coming together for a cause. Super proud to create something so beautiful with Gaurav and Khwaab.”

“When Parchayi was conceived, the idea was different, but it always came from a place of absolute love. And that’s the beauty of love, it’s the purest emotion and it needs to be recognized and accepted. And I’m glad to share it with Raghav & Gaurav and the entire queer community,” says Khwaab.

Sponsored by Lotus Visual Productions and produced by EO2 Exp., the music video is a work of art that seeks to answer the question of what’s next. Keshav Suri Foundation and Humans of Queer are social media partners supporting the artists to promote the video.

While queer love stories may no longer be criminalized, a happily ever after is still forbidden. And Parchayi’s music video seeks to get Indian queer community’s right to Equal Marriage Rights out of the shadows and into the light.