Oye Didi! The Tale of Two Young Boys from Punjab

I have always wondered! What if Van Gogh had painted the Starry Night with dominating pink rather masculine blue colour, stars sparkling like some precious gems rather than a pile of pale-yellow corn seeds? What if the law of wearing high heels among men hadn’t been abolished after Louis XIV? What if women had not left the chores of the public sphere when men returned from War. What if we had given space to all those people at the margins, all those minor identities, suffering from our ignorance, suppressed in the name of protecting culture, custom, value or identity of false superior race, community, or gender. The question is, what if? And that what if holds the immense possibilities of what could have been. It seems concepts like homosexuality, considering other sexual orientation than the binaries of male-female, toxic or non-toxic masculinities, transgender or LGBTQA etc., are not even introduced to the mass as most people have accepted binarism as a default mode. For example, even most so-called literate people consider gender studies as a synonym for women’s studies.

I was exploring the plurality concept of masculinities in remote villages of Punjab. I was in the midst of a group discussion, telling young school children about the gender-based role-stereotyping that how sometimes a human mind with certain biological genitals feels trapped in its body and follows the role of the opposite gender. The school children mentioned that such characteristics echo with two boys in their village. When asked further, they mentioned the name ‘Didi’, and that’s how I met these two young Punjabi boys, Harbakhsh (a student of 12th standard) and Manveer (a student of 10th standard).[1] I requested the principal of the school to arrange these students for small talk, but only if they are willing to do so and not give a direct order. Fortunately, they self-volunteered for an interview, and that’s how it goes:

Harbaksh wants to become a primary school teacher because he believes that everything that helps make society a better place begins from the kind of education one gets. After a formal introduction of who I am, what I do, and why I do what I do, I asked him why people in this village or school children call you ‘Didi’? He smiled at first and said that there were two things. First, I have a thin voice, and as usual, people associate other people with females if they have feminine traits, but that’s not the entire reason to blame as many people have a thin voice. Second and most importantly, people find it a little odd that he has a natural tendency to like feminine affairs; his likeness towards the feminine dance; his interests in work that most females do, whether it is taking care of themselves, indulging himself in the feminine sphere like working in boutique, like to hang out with girls, etc.

He said that earlier, he used to live with his aunt in another village. He had some female friends over there who taught him things like threading, nail-polishing, dance etc. But when his father found out about him, he was brought back to his paternal home. His father is a small farmer, illiterate and a typical father with a patriarchal and heterosexual mindset. His father strongly advised him not to follow such things or think about such ideas. He threatened him to leave all these things behind and start from the beginning. Harbaksh told me that he was strictly advised to follow the icons and idols of masculine, martial Punjabi race, be a man, and be a Singh, but he felt trapped when he started this journey of accepting something that seemed a little fake to him. He felt like living someone else’s life when he has to learn certain roles and behaviour like walking like a boy, talking, dressing, which was not the case when he was living with his aunt as she never cared about such things. He further mentioned how he used to restrict himself by staying away from all the things he liked so much. But it’s not like something you can control forever. He mentioned running away from the school events or any other functions because he never felt that he belonged to that identity as a boy.

He mentioned that he decided to break all the rules and participated in a school dance event. He wore a traditional Punjabi women’s attire and got a medal for that. That was the day, and he never looked back. At first, school children teased him by calling him ‘Didi’, but later on, it spread to other villagers. Earlier his friends used to cut him off from their company for his feminine behaviour. They used to tell him that he was ruining his Singh identity. His classmates tease him by passing vulgar comments and ask him to sit with them as they make fun of his feminine behaviour. He works at a shop (which sells women’s beauty products) as a part-time worker, covering his expenses and school fees. He further mentioned cheerfully that now people appreciate his choice of products for them when it comes to the customers visiting his shop. He said that he often feels sad that people still don’t accept him as he wanted them to. Some villagers and school friends still used to call him ‘Didi’, but things have changed a little at the request of few teachers. There are some good people around who take a stand for him and protects him from being bullied. Harbaksh mentions that he desires no worldly treasures but only one thing: people calling him by his name, accepting him for what he is.

Manveer wants to pursue his career in fashion designing. He mentioned that here in this village, people see fashion as a domain of women and perceive that fashion designing is all about making short and vulgar clothes. In short, fashion designing is a threat to Punjabi culture. Manveer is on this quest to prove people wrong about their false perception of his behaviour or about his choice of work. He mentioned that people have always criticized him for his non-masculine behaviour and specific characteristics that defy the sex-role ideology. He further explains how his grandmother wanted him to pursue his career in the medical stream or pursue a manly career. He mentioned that he had suffered a lot of mental issues as people and his classmates use to tease him for his feminine traits, use to bully him a lot, pass vulgar comments, used to call him by many names, and ‘Didi’, ‘Kudi’, ‘Janani’ are just a few of them. Now, these things seem petty to bother about as he has learned the ways to ignore them.

Manveer believes that he finds himself satisfied and content when he works in a place where he belongs. His parents’ support was all he had when he started doing work at his mother’s boutique. Earlier, he used to run small errands for his mother, but he has mastered the art of designing, block painting, and now he designs for his mother and his mother stitches clothes. Things have changed recently as his grandmother has stopped taunting him or telling him to pursue another career as their clients appreciate their work and his designs. “But it hurts when they (villagers, neighbours, clients) don’t want their children to mingle with people like us; they still see us abnormal or different,” said Manveer. Manveer is two years elder to Harbaksh. When I asked him about Harbaksh, he nodded his head in affirmation of knowing him but also said that he has no interaction with Harbaksh because it will further increase the problem for them, and people will get more things to say about both of them.

Few people in history have been constantly suppressed, tormented, and exploited for their so-called different perception of their sexuality (apart from binarism of heterosexuality) by narrow-minded heterosexuals or homophobic people and labelled them as sick, deviant or an illness for society. Based on these false premises, these identities have been persecuted, deprived of basic human rights, and pushed to the margins for a long time. But after a long time, these identities at the margins have taken a stand. They have fought for their rights to be treated equally, claiming rights of their body, sexuality, individuality, and, most importantly, dignity. Things have changed recently as few sections of society have realized the blunder they were committing intentionally and unintentionally. So, to overcome the mistakes, few people at the powerful positions support the idea of providing equal rights. To compensate for the historical errors, they assign some powers (in the form of reservations, incentives, etc.) to these historically deprived identities.

A lot has changed: the mind, thought process and conscience itself but only of victims and not the oppressor. The oppressor has the same old greed to control power and beings, the same old conservative thought-process, and no conscience being treated differently or discriminately. They never realized the psychological discrimination these people have to face in every other moment of their lives. These people highlight the value of culture, take honour in their community surnames (labelling themselves as a pure race); these people will never claim heterosexuality as a supreme way of life; they propound the idea of their strength and superiority. The demand to bring in gender equality is a good idea to propose, but when it comes to the implementation part, they are the first to oppose it. They want to discard all the social inequalities but on the expense of others. The concepts of the right of sexuality, individuality, the dignity of a human being are alien to this lobby of narrow-minded people.

But this wasn’t the case always. Not only our past, as we still live in a country where both patriarchy and matriarchy co-reside, and this is proof in itself that sex roles are as inevitably fluid as litmus paper changing colour when dipped into acidic or alkaline solutions. Sex roles can be changed and are unquestionably non-static. As we mentioned before, there are myriad possibilities of what if. The sexual orientation of human beings can be located in various forms. The mysteries of life are beyond the black and white, right or wrong, good or bad, moral or immoral etc. Instead of locating it within the range of male-female binarism, one must understand it within the rainbow spectrum and locate the plurality aspect as it varies from person to person and place to place. For example, as per the latest Australian Sex Survey, the Queensland University of Technology (QUT) researchers have listed 33 gender identities that citizens can locate their sexual orientation to (see Table below).

[1] Fictitious names have been used to maintain the anonymity of the respondents. 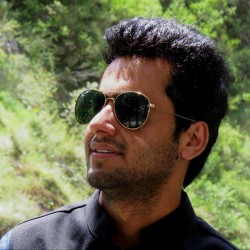