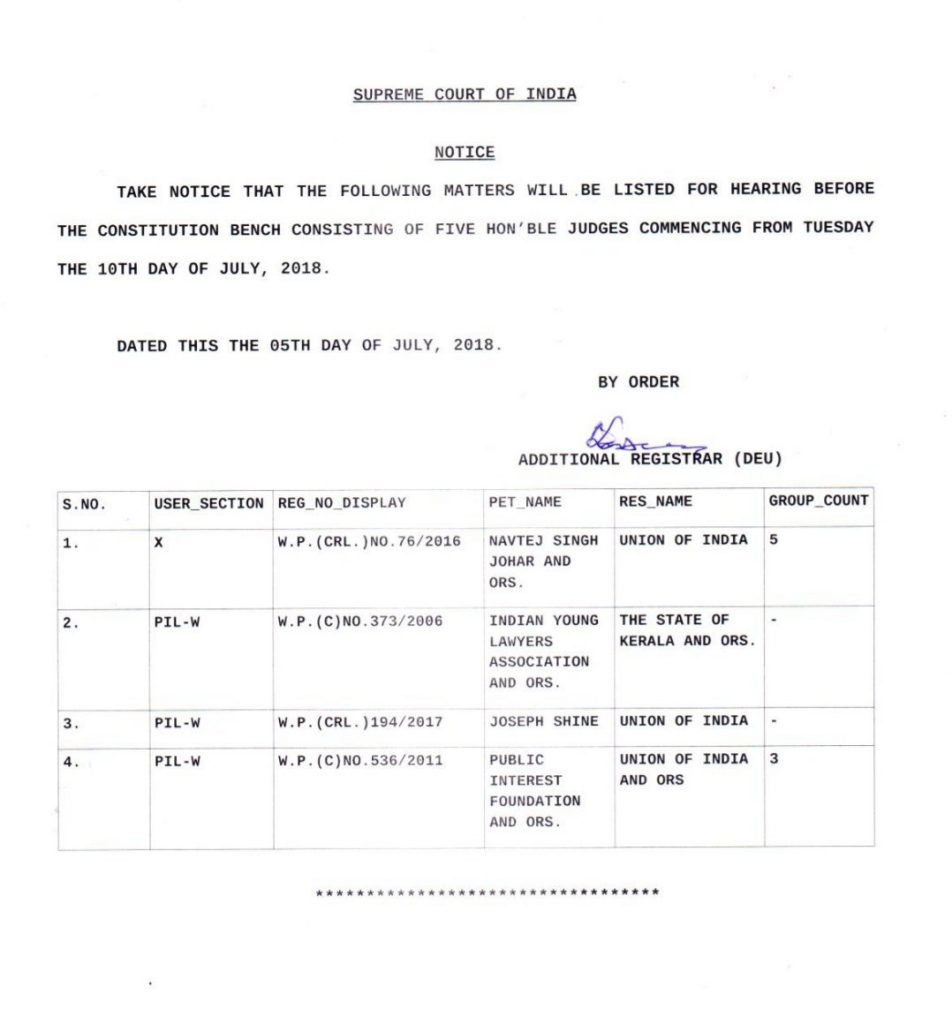 Other petitions too were filed in the Supreme Court, including by hotelier Keshav Suri, Humsafar Trust, Arif Jafar, a group of LGBT IITians.

(Also Read:From a Silver Lining To a Sunny Future – Queers, Section 377 and Hope)

The notice posted by the Supreme Court reads: “The following matters will be listed for hearing before the constitution bench consisting of five hon’ble judges commencing from Tuesday the 10th day of July, 2018.”Apart from Section 377, the court will start hearing challenges to denial of menstruating women to Sabrimala Temple, validity of adultery law, and disqualification of legislator upon filing of chargesheet.