Is It A Gay Gene Or Epigene? 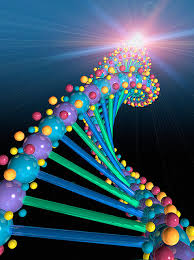 Last December one of the research focused on finding the basis of homosexuality proposed a new model based on Epigenetics. Genes are responsible for passing on favourable traits to the future generations according to Darwin. The search for gay gene has confounded many scientists for years and the results have not been conclusive. Now this new theory focuses on something called epigenetics.

Epigenetics are actually a part of the human makeover. Think of them as a switch which turns on or off a specific expression of genes. Now according to this theory, when there is a foetus (male or female) inside the womb and the opposite sex hormone levels are very high, these epi markers protect the foetus from over exposure to their opposite sex hormone. If the male sex hormone testosterone is present in high concentrations and there is a female foetus in the womb, these epimarkers protect the girl baby from over exposure to testosterone. But once the baby is delivered, these epimarkers should actually disappear or are switched off as they have no further function to do and that is what happens in a majority of situations. Sometimes they may not switch off and are then passed on to the next generation in an ‘on’ position. If the grown up girl passes on these epimarkers to her son, these markers which were supposed to protect her from overexposure of testosterone is now actually stopping the male son not to adequately react to testosterone. These epimarkers, which have been passed to him from his mother in an ‘on’ position, may now contribute to him being gay. The same way a girl may get the switched on epimarkers from her father and might prevent her from reacting normally to female sex hormone estrogen. What makes these epimarkers to remain ‘on’ may be due to environmental factors, thus it might be nature and nurture which might make a person gay.

In simple words, mothers may pass some enzymes to their sons that might make them gay and fathers might pass some enzymes to their daughters which might make them lesbians. This theory is yet to be tested on human model, but scientists are confident that it might be feasible as the mathematical model looks promising. Until there is concrete proof, the debate whether being gay is nature or nurture will go on for a long time.