Here’s To The Ladies In Drag! 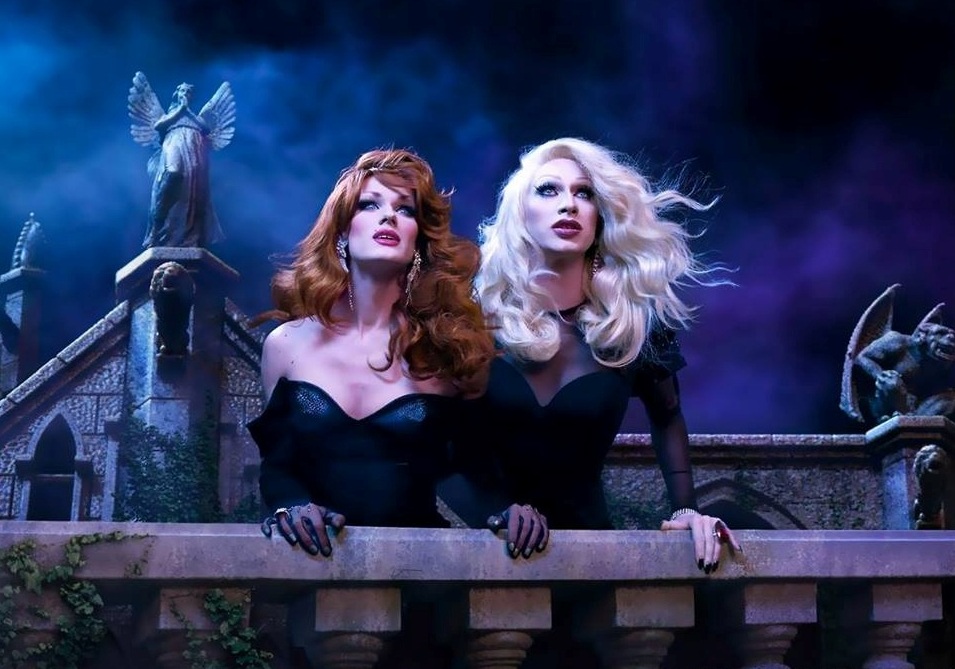 Drag queens have now slowly begun to make their mark in the spotlight, all because of RuPaul. RuPaul, the most famous Drag queen ever, has now made a trademark in the gay scene and is considered the epitome of Drag realness. What started off as a go-go dancer in the underground gay clubs has now made her an ever popular emcee, actress, singer-songwriter, model and a reality TV host.

Her one of a kind Drag race series, “RuPaul’s Drag Race” is considered a sophomore entry to launch Drag Queens in the mainstream. Such is her credit, that she has been successful in producing 61 Drag Queens in the U.S as well as the world over in a span of six seasons including an All Stars season. Her series deals with Drag Queens vying for custom made supply of MAC Cosmetics and a whopping cash prize of $ 100,000. Queens have to face a main challenge every week wherein they are judged, based on their credibility in portraying themselves as versatile, beautiful, charismatic and ever shockingly adept at lip synching for saving oneself from elimination. This is one such series wherein the contestants have to sew, design, model and perform in their main challenges all at the same time – bringing any Tyra Banks’ model to shame. Ranging from pageantry, campy to comedy – you have it all. The drama is so sickening it has taken the primetime slot in LogoTV for its usual airings not to mention a behind-the-scenes of the contestants when they un-tuck.

Watching RuPaul’s Drag Race has only made me realize that perhaps, us (the brown folk), ignore and consider the gender labelling as queer as sheer mockery. Gay men displaying flamboyance is shunned and considered a disgrace to manhood. Expressive men with gender bender mannerisms are derided and bullied. They consider being in drag, a form of art, an ability to become a painted canvas ready to explore and channel some fishiness. Their thick white makeup, outrageous handmade costumes are perhaps an example of their anxieties, moral in acceptance and gothic transcendental beauty. Trying to cover their social apprehensions with sky high heels, five inches long hair wigs and faux breastplates – they have made their hooker chic wicked avatar a downright damnation to your orthodoxy.

They strongly dislodge themselves from society belonging to cross dressers. Cross dressers are just men donning the female physical appearance just trying to blend in the normalcy. However, drag queens deliberately paint themselves to leave a mark through their stage shows, singles, and performances, or solely by their personas. They offer a panoramic view of their internal caricature to portray a character they have been trying to relate with from so long.

They do not associate themselves with females. They are not confused. They are just women with penises. Unafraid of any moral insult, they are here to exactly do what we expect – laugh at themselves. From the social policing to the breaking news on primetime, they are here to carve a niche for themselves. By constantly reinventing their looks, they no longer seem the typical high fashioned damsels in distress. By their unique talent and passion to call a spade a spade they are here to remind the society of the blasphemous laws and corruption occurring in the very minds of our own. A vintage example of weirdness – they are alive and yet forever dead. Their dream of being extreme, famous and desire to take a place no one ever could is the reason behind their ignorance to the flak they have to tender every single day. From being a pale white ghost to a woman of everyone’s seduction – she prances effortlessly in shapes and sizes armed with her ample truck loads of brushes, paint, wigs, dicks and glossy born to kill high shoes.

Such is the open exhibitionism of distaste; effeminate men tend to be more suppressed and closeted. An era where the world knows only rainbows and freedom has now being reduced to a Diaspora of shame and unofficial forbiddance. Do the tall claims of Article 377 imperialism hold any justice and change to the minds of ever rigid sodomized India? Today, the third gender, males having sex with males, undeclared sexual males or transgenders have all ruthlessly been prohibited in one category – uncouth. Does resorting to alms on the inhumane traffic lights and offering one’s anus solve this problem? The answer has always been realized yet ignored. Merely, staging protests does little help to the rising tide of confusion and ostracism.