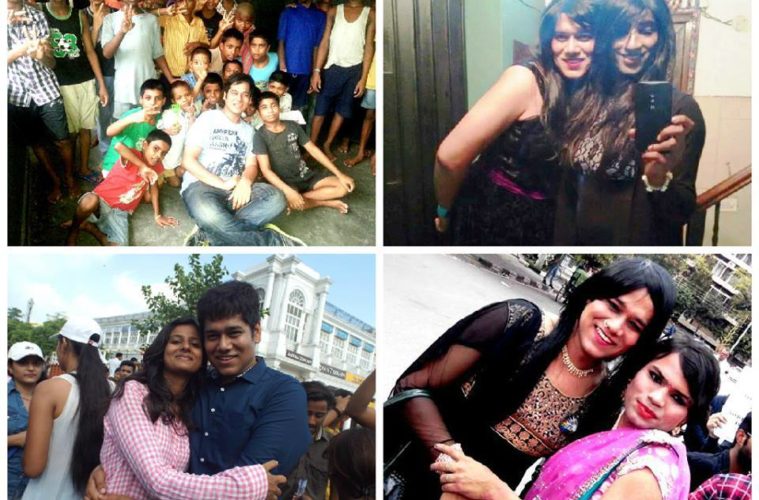 I am basically from Allahabad but have been living in Delhi since the past 10 years. I went to Amity University, Noida and have been practicing as a lawyer in the Supreme Court of India for three years. Being gender-fluid, I can go both ‘feminine’ and ‘manly’ as and when I want.

When I came out to my group of friends who knew me as straight, one or two of them stopped being in touch with me. But I must say I have really good friends who actually have supported me throughout. I am out to almost all my friends in Delhi and to all my colleagues. When I came out to my friends, a guy with whom I was on really bad terms also got to know about it. He showed up at my house on February 14. I thought we’d again get into a fight with each other. Instead he had brought me a box of chocolates and said, “Samantha, let’s be friends.”

So, I think visibility definitely gives you better acceptance. If the world knows that we are everywhere and that we co-exist just like everyone else, it might be more accepting. When I came out to my friends, they were shocked to know that a gender-fluid person had been living among them for years! Visibility is very, very important. I am not very much in support of Pride Parades but I do agree that they have an impact in terms of Visibility for the LGBTQ community. I believe that many other things, be it Bollywood and advertisements or company policies, should also be LGBT-friendly. We are not mere objects to be made fun of. We are individuals with strengths of character and weaknesses, just like everyone else.