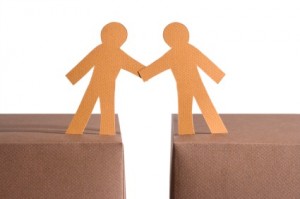 As long as a relation makes you happy, go for it without caring to limit yourself to the labels of gay, straight or bisexual; writes Karan Sood

“I have been straight all my life until you came to me as my lover,” he said. What would you call it? A lie, a tacky trick, or ignorance? To me it’s a mystery. Sexuality had been a mystery to me, and still is. We have no scale to measure few things, and sexuality lands up in the same list.

Few years back, when I made my (fake) profile on Orkut, and I mentioned my sexuality as bisexual, a friend of mine told me to change it to gay. I didn’t reason with him, rather changed it, and gradually found the reason. May be it was my immaturity, people actually did not prefer befriending bisexuals, inevitably making it morally down. Being gay was fine, being straight obviously fine, but bisexuality was in close proximity to something wrong.

To this, as many people would, I too disagreed.

Few days back, I was at work when one of my friends, who had been in a heterosexual relationship for past three years and had broken up just a few months back, called me and told that he has a boyfriend now. To me, to be true, first it seemed to be a joke, something indigestible. And, then I realized things aren’t vulgar anyway, but the sharp boundaries are.

I have found straight guys falling for gays, gays falling for girls; no trick involved, no lust dominated, no love deceived, and that too when they had a great heterosexual/ homosexual relationship (respectively) in their past. Some may say it’s out of boredom, or it’s out of frustration, but the mystery remains.

Sex is one thing, an important component of life but certainly smaller than love and attachment. Once one is involved with a person emotionally to the extreme, “getting physical” with him doesn’t make him gay or bisexual, when he knows it won’t happen with anyone else ever in his life. The complications to relationship persist (in which relation it doesn’t?), but in that case you need to broaden your concept of sexuality and individuality, rather than convincing him to turn gay/bisexual or accept him as gay/bisexual. Love is always above definitions.