​A Historical Review of Same-Sex Legislation in Germany

On the 30th of June 2017, the lower house of the German Parliament passed a bill legalizing same sex marriages throughout Germany. A long pending move in Germany and something that has been in the docks for quite some time. However, a complete understanding of the relevance and significance of Germany legalizing same-sex marriage will be incomplete unless a historical picture of same-sex legislation in Germany is grappled with. History, and understanding history, is an important tool in challenging and comprehending the contemporary. Let us embark on a journey of German history with regard to same-sex legislation to truly understand the ramifications of the bill recently passed.

Germany, even before the Nazi regime, was witness to same-sex, especially gay, individuals. The persecution only became inexplicably filled with terror and horror with the advent and progress of the Nazi Party. The first known legislation in Germany apropos same-sex couples was enshrined in Paragraph 175 of the German Criminal Code. The German Criminal Code, also known as Strafgesetzbuch, was adopted in 1871 shortly after Germany was unified, drawing largely from the criminal code of the North German Confederation. The statute also drew from various sources, including (but not limited to) the laws of the Holy Roman Empire and the laws of the Prussian States.

Paragraph 175 was enshrined in the code since its inception in 1871. The function of Paragraph 175 was to criminalize same-sex/ homosexual acts throughout unified Germany. In 1907, a Reichstag Committee proposed to expand the law under Paragraph 175 to lesbian women as well. However, the exact definition of female sexuality and lesbianism led to a great amount of debate in Germany and the proposed expansion languished and did not fall through.

In 1929, another Reichstag Committee proposed to repeal Paragraph 175 from the German Criminal Code. This was only possible because there was a great deal of support to this move from the then leading political parties consisting of the Social Democrats (SD), the Communist votes and the German Democratic Party ( GDP). However, this was the same time that the Nazi Party was gaining aggressive predominance. The Nazi Party was vociferously against the repeal of Paragraph 175 and it garnered enough support against the proposed repeal.

In 1935, two years after Adolf Hitler and the Nazi Party gained power, Paragraph 175 was terribly expanded. The worst phase of torture, persecution and detention of homosexual men began then under the Nazi rule. Hitler expanded Paragraph 175 to include the phrase “any lewd act”, such that even if there was to be no physical contact, men could be tried and convicted by German Courts. By 1937, convictions had terribly increased to over 8000 a year. However that was not all.

Hitler’s official secret police, the Gestapo, was emboldened with a great amount of power. One of the powers the Gestapo was entrusted with was to transfer suspected homosexual men to concentration camps. This included individuals who may have already served their sentence as per Court rulings, or even those that have already been acquitted by the Courts. Over 10,000 men were transferred to concentration camps. They were affixed with the Pink Triangle badge, a badge which literally was a pink triangle, to identify them as homosexual deviants. Rapes, torture and humiliation, and of course death, was what followed. 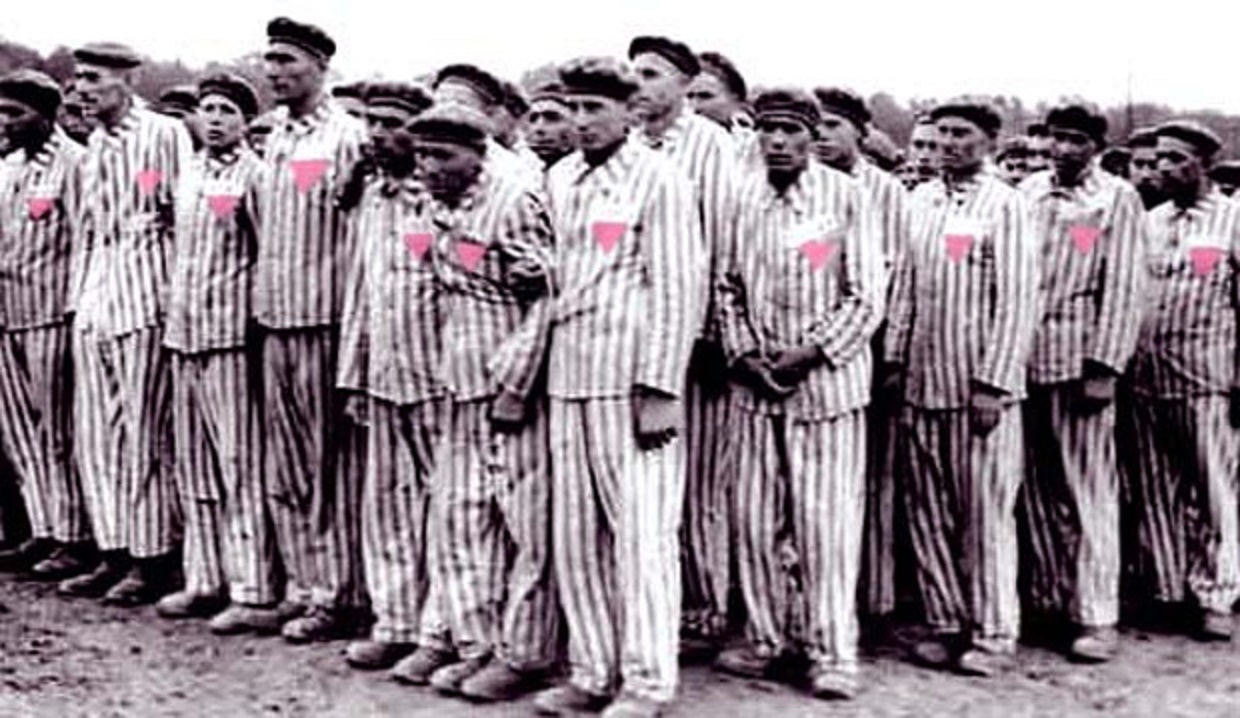 Gays imprisoned in concentration camps under Nazi rule in Germany

While the Nazi torture of gay men is widely known today, what happened after, including continued persecution in a post-war Germany is spoken of far less. Strange thing for humanity to forget sustained evil, juxtaposed with greater intensity of evil.

As is well known, in 1949, at the peak of the Cold War, Germany was divided administratively to West Germany, which soon became the Federal Republic of Germany, and East Germany governed by the Soviet Forces.

In East Germany, on the other hand, the legal intervention for homosexual acts was relatively very lenient. In 1950, East Germany abolished the Nazi expansions to Paragraph 175 whilst its Western Counterpart still had not. The law was consistently reformed to make it more lenient, and the law was finally repealed in East Germany in 1988. East Germany was merged with the Federal Republic in 1990 following the historically dramatic fall of the Berlin Wall. The Bundestag was faced with a difficult legal dilemma at this point. Should Paragraph 175 be extended to the newly added eastern part of the Federal Republic, or should Paragraph 175 be completely abolished? The reconciliation of laws took a great amount of time.

Finally, in 1994, towards the fag end of the reconciliation of laws, Paragraph 175 was abolished and the age of consent was made 14 for both homosexual as well as heterosexual intercourse, which remains the case till date in Germany.

In 2005, the Act was amended which revised adoption and divorce rules for same-sex couples. Ever since, Germany has been seeing a greater move towards equalizing same-sex couple benefits in tandem with heterosexual couple benefits. The Federal Constitutional Court has been of great support towards equalizing the rights by increasing tax benefit and adoption rights for same-sex couples. The Federal Constitutional Court is the constant void-filler for all the lacunae that the Schroeder and Merkel Governments have missed.

Today, same-sex couples are almost at par with heterosexual couples in Germany, barring a few exceptions and the bill which was approved recently aims to bridge all existing inequities. The bill on same-sex marriage has been passed by the Bundersrat, the Lower House of the German Parliament, on the 30th of June and now awaits to be passed in the Bunderstag, the Upper House, which is said to vote on the bill on the 7th of July, and then ratified by the President. 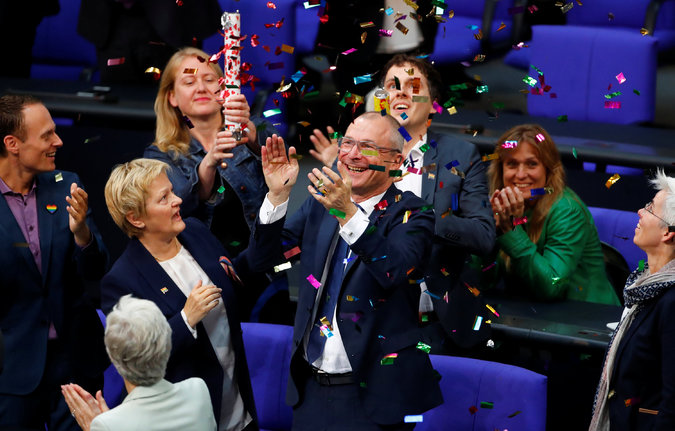 If passed, for which there is great positive hope as per German polls, Germany would be the 23rd country to legalize same-sex marriage in the world. Although marriage as an institution is of no particular great importance but for the ceremonial approval and State benefits, in the socio-legal world it goes a great way to portray equality in and before the law for same sex couples.

In a time and age, where rapid change and progress is being witnesses around the world for same-sex couples, India is yet to come out of its dark cave of criminalization and persecution.

Sabarish Suresh
Sabarish Suresh is a final year student at the O P Jindal Global University. He is interested in criminal law and constitutional law and actively writes on gender and sexuality.