Two recent films Hansal Mehta’s Aligarh and Shakun Batra’s Kapoor and Sons have been lauded for their portrayal of homosexuality, one for its ostensibly sensitive and compassionate portrayal of Professor Siras, a real-life figure who committed suicide at the moment of his legal triumph and restitution to Aligarh Muslim University (AMU) from which he was unlawfully removed, and the other for its supposedly subtle and unobtrusive dealing with the question of a gay son in a regular, middle-class Punjabi family.

Aligarh is offensive in practically every frame. The much older, ungainly and unbecoming Siras is morphed into the lithe and handsome Manoj Bajpayee. The poor, also older, and married Muslim rickshawalla who shared his bed is made into a young hipster hottie. Their money-based, furtive sex is made into lilting, romantic love-making. Why is this needed? Why can’t Indian homosexuality be portrayed in its sordidity, aged, imperfect bodies be allowed their ungainliness, their clumsiness, ugly faces allowed the gaze of the camera?

Satya Nagpaul’s overwrought cinematography almost demands perfect bodies for his perfect, dust-free, lyrical shots. None of the grittiness of the UP landscape and its arid relentlessness most of the year is part of Aligarh. Everything is shot in soft and lambent light, a loving but utterly unrealistic portrayal. Far from discomfiting, it lulls you into accepting the ineluctable lyricism of the final deathbed scene, also perfect in its complete erasure of the violence that led to that body lying there, denied even the rigor mortis of its own corporeality. 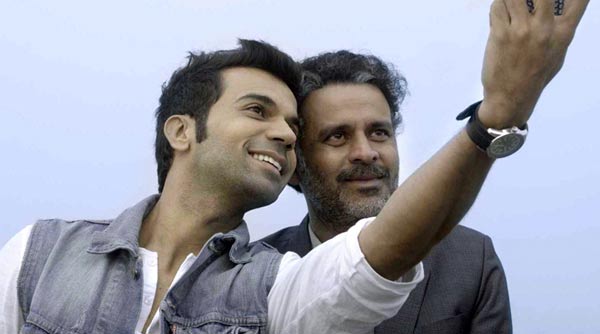 The film is seen through the eyes of an empathetic, straight young journalist who had nothing much to do with Siras’ life at all and met him once or twice yet is at the centre of things here, a poetry-loving, risk-taking journo, taking selfies with the old man and, in the film’s most unwatchable scene, making heterosexual love in scenes juxtaposed with Siras’ lovemaking with the rickshawalla. The message is that all love is love, that all sex is sex. It is all the same and it is universal.

Which is just nonsense. Siras was hounded by the media, knocked out by the viciousness of AMU, monosyllabic and harassed, he hobbled to a death caused more by public ignominy than anything else; the rickshawalla tried immolating himself after being repeatedly tortured by the police. All of this is not part of the film as it would ruin the Hansal Mehta’s ritzy realism.

Siras’ elliptical phrase about homosexuality being like poetry in one of his interviews is turned into some lyrical celebration of his sexuality. It was never a celebration for him, that was not his generation, not his politics, not his context. He is made to baulk at labels in a couple of scenes but the overall historical attention to his formation is completely missing from the film, eager as it is to establish itself as compassionate, liberal and lyrical in its acceptance of non-normative sexuality. Yet that acceptance is only possible if the homosexual subject is brought as close as possible to the heterosexual norm: the sordid monetary-transaction based sex has to become the bemoaned lover; the homosexuality has to be transformed into an asexual poetic sensibility.

Kapoor and Sons dispenses with all realism in favour of ritziness but even swashbuckling stud closeted gay novelists only have one boyfriend and pictures of stud and boyfriend holding hands against a sunset are the only ones on his Mac. Fawad Khan’s Rahul Kapoor is so comfortable with his gayness that he lies about a non-existent heterosexual partner, does not mind being kissed by a girl, talks to his gay lover as though he were talking to a taxi driver and never once even takes his name, let alone speak up for the lover when his homophobic mother spits bile at him.

The reason is that the heteronormative family, no matter how dysfunctional, is way more important than his homosexuality. The gay man has tried to play the ideal straight son all his life and even when he is part-outed (by his mother) and he part-outs himself (to his brother), he can’t bring himself to even utter the dreaded G word and both his mother and brother do not reconcile themselves to his sexuality but are willing to ignore it for the family photograph. The adulterous father is perfectly excusable because heterosexual adultery is fine and comes back even after his death as a cardboard cut out (which, by the way, he was through the film) but the gay son has to shut up about his gayness as his brother needs time and his mother can never forgive him.

It does not come as a surprise that the homophobic, homonormative, ham-fisted hand of Karan Johar is behind this film. Like in all his other films, as director or producer, homosexuality can only dance in caricatured versions of itself.

Hindi cinema, even in its multiplex arty avatar, cannot handle homosexuality as it is played out in South Asian lives and must mangle it into the most acceptable form so that lily-livered liberals and kitty party aunties can all momentarily nod at it, swallow hard and flick it beneath their gossamer reproductive heteronormativity.