Opinion: Elections 2014 – What It Means For LGBT Rights 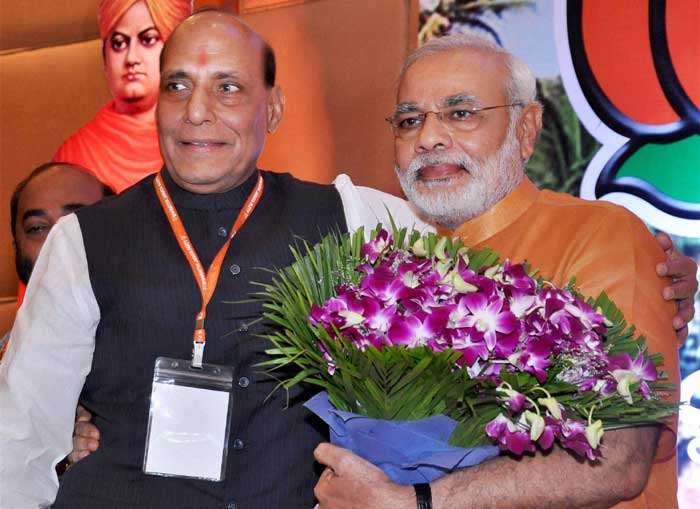 The election results are out and the worst fears of some of us have come true. If the thought of a BJP government at the Centre was scary, the reality of BJP with 280+ seats is scarier. For the LGBT community, the election results held the prospect of delineating the path for gay rights in this country. But with the results now available, the immediate future doesn’t look too bright.

But this victory of BJP, among many other things, also points to the apathy that this country’s voters have always exhibited towards the minorities. It is interesting to note how the majority of the country has been willing to turn a blind eye to the abuse of rights of others and has been quick to forgive or forget the rioting and killings which happened under the nose of Narendra Modi and for which he refuses to take responsibility or show any remorse. But Mr. Modi and the Godhra riots isn’t the first time that the citizens of this country have turned their back on its minorities. The same apathy had been exhibited by the voters when it elected the Congress back to power after the horrible anti-Sikh riots of 1984 (which were led by Congress leaders) and when it elects the Shiv Sena and MNS in Mumbai who show no remorse in going around beating people from the Hindi-speaking belt of the country. The rise of BJP in itself is attributed to the Babri Masjid demolition , which was followed by another spate of rioting. Whether it is apathy towards the disappearance of innocent youth and human rights abuses in Kashmir or the north-east where the AFSPA remains a draconian law, killing of dalits, the “encounter” of innocent people, the snooping of a young woman by the entire police machinery of a state, the list of things that the Indian voter is conveniently ready to ignore is long.

Being historically apathetic towards the minorities, there was little reason to even hope that the voters would care about the sexual minorities of this country. After all, many don’t even acknowledge the presence of such a minority, and the apex court of this country itself has termed it a “minuscule” fraction whose rights can be trampled upon. But then the larger question is- ‘Will the issue of LGBT rights ever be able to influence the voter in India?’

The BJP supporters within the LGBT community and the more optimistic ones have been quick to point out how even under decades of Modi’s rule, the community has not been persecuted and there are NGOs working actively in the field of HIV/AIDS with state support. But one must not confuse the fight against HIV/AIDS, which remains a medical emergency and had assumed the scale of an epidemic, with support for LGBT rights or community. Even the most homophobic of countries run HIV/AIDS programmes and the LGBT community (rather MSMs in the HIV/AIDS term) need to be reached out to in order to control this medical exigency. Others also point out Arun Jaitley’s acknowledgement in an NDTV interview that the Supreme Court judgement was wrong. But if one watches the interview, one will see that the comment came out from Mr. Jaitley after much cajoling, and when most people in the audience said they did not support such criminalization. Would he have spoken out had the audience reaction been different? 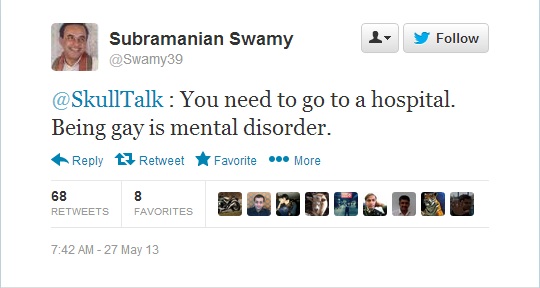 Interestingly, a BJP MP from Bikaner had already tried tabling an Anti-Homosexuality Bill in the Parliament in 2012. Mr Arjun Ram Meghwal has again got elected from Bikaner and this time, he will have the likes of Dr. Subramanian Swamy and Meenakshi Lekhi to support him as well. Talking about Dr. Swamy, he has been one of the most anti-minority politicians who has spewed venom on the LGBT community, and also the Muslim community, time and again and has some very dangerous ideas pertaining to who should be allowed to stay (or vote) and who shouldn’t. The BJP president Rajnath Singh has also called homosexuality unnatural and against Indian culture and supported Sec 377. Baba Ramdev, to whom the BJP leaders have often flocked and who has actively campaigned for the party, remains one of the most vocal anti-gay leader in this country and through his associate, has been one of the parties that managed to get the Delhi High Court ruling over-turned in Dec 2013. With a plethora of anti-gay politicians in its camp, one cannot expect the next government to decriminalize homosexuality or support any such move. In the scenario where the Supreme Court de-criminalises homosexuality again, will the new Government oppose such a move?

Mr. Modi has since toned down himself and is talking and tweeting about taking along all sections of the country. Yet, even when the whole nation was debating homosexuality, he chose to remain silent, never uttering a word on the issue. Now when he talks about taking along all sections, does that include the LGBT section too? Only time will tell. In the meantime, we must not stop engaging with politics and utilize the next five years to build more alliances and take forward this fight, despite whatever hurdles that might be hurled towards us.