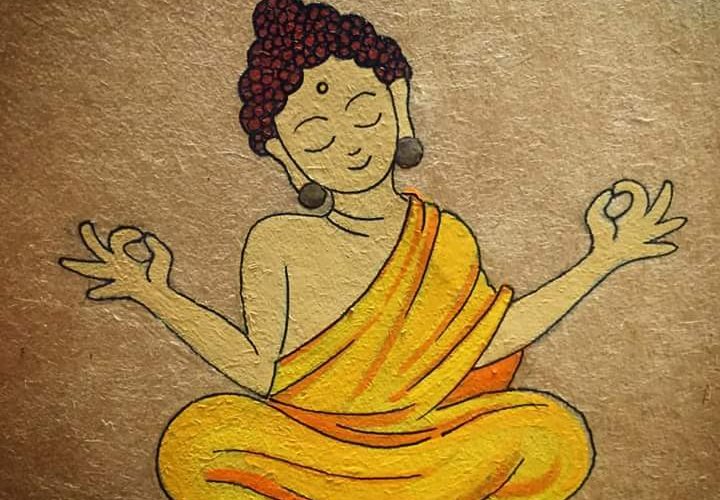 Since my childhood, I had a question: Why are certain sections of people respected and certain sections of people marginalized based on caste, gender, profession, and health condition and so on? Priests and priestly castes people, especially men, were (still are) highly revered, doctors, teachers were/are well respected. Politicians used to be highly respected, not so much these days. On the other hand, people with mental-disability were chased away by children when they walked into the village. People who belonged to leather-worker caste were looked down upon. Feminine men were ridiculed. So on and so forth.

So why do we get marginalized?

Anyone considered to be less-normal from the ‘norm’ is discriminated, is marginalized.

Marginalization is defined as ‘Treatment of a person, group, or concept as insignificant or peripheral’. Based on this definition the modern day world treats marginalization as an ‘ugly’ scar of humanity which otherwise would have been just and equal. Hence, the entire national and international humanitarian, development, human rights, social justice, legal and constitutional frameworks try to address the injustices and inequality by addressing the problems of marginalization. But is it the case that marginalization has always been perceived bad and is it always a bad thing to have? Let’s explore how the eastern cultures (Buddhism, Jainism and Hinduism) look at marginalization:

There are primarily two kinds of marginalization that are still practiced (or still prevails) in the east.

In the first type of marginalization, the society imposes sanctions upon you, they don’t let you participate into the ‘normal’ cultural, social, economic, political and religious activities; the ‘others’ basically don’t want you to live life as they do, because they believe you don’t qualify to be ‘normal’ due to your some of the characteristics based on gender, race, color, religion, caste, disability, profession, sexual orientation or other status.

In the second type of marginalization, you do not wish to participate into the ‘normal’ cultural, social, economic, political and religious activities; because you believe it has no meaning, no value to you.

In both cases, you are no longer treated as ‘normal’, you are no longer perceived as ‘ordinary’. Whether being treated ‘normal’ is a bad thing or good thing depends upon your reaction against/towards the treatment of marginalization. You may feel ‘degraded’ and filled with low self-esteem or you may also feel ‘special’ about yourself, you may feel you can become an ‘extra ordinary’ human being.

A Story from the Life of Buddha

To understand how you may be reacting against/towards the treatment of marginalization, let’s hear a story of two men, one marginalized by the society and the other marginalized himself.

Sidhartha Gautama, a prince of Shakya clan, in the state of Kapilavastu, now located in southern part of Nepal bordering India, left the palace at the age of 29. He abandoned all the privileges, powers and luxurious life, marginalized himself from the social, economic, political, cultural and religious life, become a hermit and took himself into the wilderness of northern India in search of the ultimate wisdom, to get enlightened. And he ultimately found enlightenment at the age of 35 and became the Buddha. 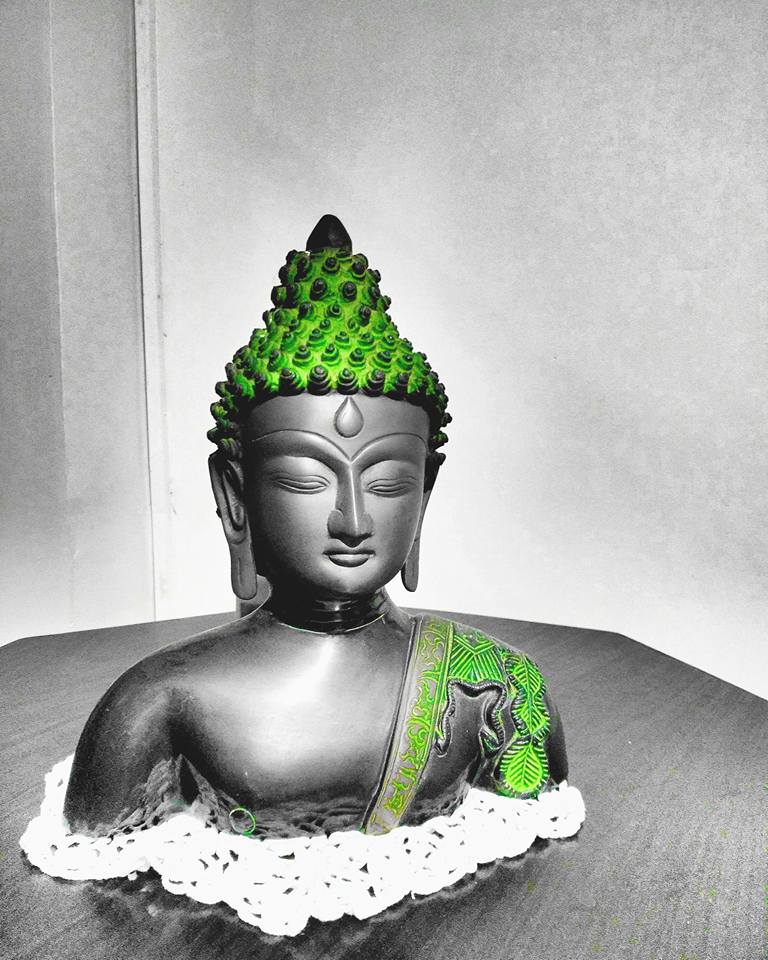 Buddha, then, started spreading his teachings to those who seek way out of the worldly misery. He also formed monastic order. Many people became monks and nuns.

One day, as Buddha and monks were begging in a village near the banks of the Ganga, Buddha spotted a man carrying away the human excrement out of the village. The man was an untouchable named Sunit, and only such jobs were allowed for untouchables (Dalits).

Sunit had heard about Buddha and monks, but this was the first time he had ever seen them. He was alarmed, knowing how dirty his clothes were and how foul he smelled from carrying human excrement. He quickly moved off the path and made his way down to the river.

But Buddha was determined to share the way with Sunit. Sunit was panic-stricken. He hastily put the buckets of human excrement down and looked for a place to hide. Above him stood the monks in their saffron robes, while before him approached Buddha. Not knowing what else to do, Sunit waded up to his knees in water and stood with his palms joined.

Curious villagers came out of their homes and lined the shore to watch what was happening. Sunit had veered off the path because he was afraid he would pollute the monks. He could not have guessed that Buddha would follow him. Sunit knew that the monastic community included many men from higher castes. He was sure that polluting a monk was an unforgivable act. He hoped the Buddha and monks would leave him and return to the road. But the Buddha did not leave. He walked right up to the water’s edge and said, “My friend, please come closer so we may talk.”

“Why not?” asked the Buddha.

“I am an untouchable. I don’t want to pollute you and your monks.”

Buddha replied, “On our path, we no longer distinguish between castes. You are a human being like the rest of us. We are not afraid we will be polluted. Only greed, hatred, and delusion can pollute us. A person as pleasant as yourself brings us nothing but happiness.” Sunit could hardly believe his ears. He placed his joined palms before his forehead and said, “No one has ever spoken so kindly to me before. This is the happiest day of my life. If you accept me as your disciple, I vow to devote all my being to practicing your teaching.”

Sunit was accepted and became a monk.

Buddha said, “Accepting untouchables into the monastic community was simply a question of time. Our way is a way of equality. We do not recognize caste. Though we may encounter difficulties over Sunit’s ordination now, we will have opened a door for the first time in history that future generations will thank us for. We must have courage.”

The king of Kausala kingdom (another kingdom then in northern India), King Pasenadi, was asked by his ministers to protest and reason for this act of the Buddha. The King visited the monastery, and while walking in the monastery he saw a few monks sitting under a tree and one monk sharing the teachings of the Buddha. The King was impressed with the monk who was teaching. The monks face radiated great peace and wisdom. This sight was such that the King stopped for a while to listen to the monk.

The King was so impressed with the monk that the first question he asked was who was the monk teaching under the tree? Buddha replied, “Sunit, he was once an untouchable”. The King was embarrassed; Buddha continued, “In the Way of Liberation, there is no caste. To the eyes of an enlightened person, all people are equal. Every person’s blood is red. Every person’s tears are salty. We are all human beings. We must find a way for all people to be able to realize their full dignity and potential. That is why I welcomed Sunit into the monastic community of monks.”

From both these characters of the story, Buddha and Sunit, one thing is clear that the marginalization confirms that you are special to the ‘norm’.

a) You may believe that you do not belong to this society; you are unfit in this world and may take a negative extreme of self-marginalization, which includes; taking your own life.

b) You may still believe that you’re not fit to the ordinary world, you are not satisfied with the cultural, social, political or economic norm, and you believe that there are more from the life one can discover. And you become a seeker and may ultimately get enlightened. Just like the Buddha did, or even how Mother Teresa became who she was. Even today Sadhus, Monks, Yogis, Saints who voluntarily take themselves into the state of marginalization, are, indeed, highly respected and revered.

In ‘others marginalizing you’ route:

a) You may actually believe that you are inferior, filled with low self-esteem and accept the status quo; Or may believe that the particular society is cruel and they need to be fixed, so you make take arms and try to destroy that society or the world in order to make it suitable for you, result: terrorism.

b) Or you may realize that you are special, you may think ‘they can try to sanction you from social, economic, political or religious lives but they can never stop your creativity’. And you can not only liberate yourself but you can help others towards liberation, just like Dr. B R Ambedkar in India did (father of the Indian constitution and champion for Dalit’s liberation in India), or Nelson Mandela did in South Africa, or Harvey Milk for LGBTI community in the US.

Marginalization by others is unfortunate, and can ruin lives. It must be discouraged. But we also have to remember that it’s not the end of story. The important question is: What do you, the marginalized person, do from there? Once you find yourself marginalized by others? Do you get stuck with the notion of victimhood or fatalism? Or do you take strategic revenge on the system that shoved you out? Or, do you become more creative while seeing the larger goal, larger benefits that you can bring along, which is the social change–for the good of everyone around you, the good of society.

Whether our own marginalization is a good or a bad thing can depend upon, in part, our attitudes towards it. It’s not a resource-neutral endeavor; we need support, community, solidarity, protection. But one thing is absolutely sure: If you are marginalized, then you are a ‘special case’–you may indeed not be an ‘ordinary’ human being. You are extraordinary. You can become the symbol, agent and inspiration for many. If you are treated as ‘normal’ you will live and die as a ‘mundane’ human being; but if you are marginalized and you can take that position as one of wisdom, there is a greater chance that you may realize the optimum human potential and reach into the ‘sublime state’ or in popular English term, become ‘Extra Ordinary’.