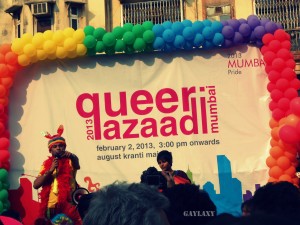 Both Mumbai and Hyderabad held gay pride marches on 2nd and 3rd Feb respectively. While for Mumbai, it was the 5th time the city was holding the pride march, Hyderabad had it for the first time. Strangely enough, both the cities passed through a stage of being denied police permission to hold the march initially.

While many people, including Gaylaxy, took the pictures, a few individuals recorded the march as well, and have come out with amazing short videos of the pride march.

(After 5 mins, the same video repeats without music)