Bombayiite Navin Noronha has been making people laugh since his childhood. He quit engineering to write, and is now one of the few openly gay Indian stand-up comedians. Since January 2017, he also uses his gift of gab to run an LGBT themed podcast, Keeping it Queer, which is available on iTunes, Soundcloud and Youtube. Here’s a short conversation Gaylaxy had with him

Tell me a little about your life. Are you from Mumbai?

Yes, I was born and brought up in Bombay in a very conservative Christian family. I was very involved with activities of my local church, and I only came to see what the outside world was like once I joined college. I was a pretty naughty child, but I was also smart and did well in class.

Were you always the “funny guy”, right from childhood? Did you face any bullying in school?

Oh yes. I was always the class clown. I was once punished by the teacher and asked to kneel down in front of the other students. But I kept making funny faces and making everyone laugh. I was never bullied, neither was I a bully. I was somewhere in the middle. Even if anyone tried to bully me, I would always use words to humiliate them, and shut them up.

In your podcast interview with Harish Iyer onKeeping it Queer,you said that Arnold Schwarzenegger as Conan the Barbarian was your first crush. Is that when you realised you were gay?

I guess I always found the male form more attractive. When I watchedTitanic,everyone spoke about the scene where Kate goes nude. But I always preferred the scene where Leo goes shirtless instead.

When I was younger, I never knew what queer or LGBT meant. In mundane conversations sometimes my mother would refer to queer men as bayla.This stereotype was further reinforced by Bollywood’s portrayal of the flamboyant gay man, who was always a sidekick. Later on, I started doing my own research. I even created a dummy Facebook account and interacted with people from all over the world. We exchanged stories and conversations, and I eventually added some of them from my actual Facebook account. I’m still friends with them.

I think it’s become easier now since there is a lot of information available easily, there are documentaries to watch. 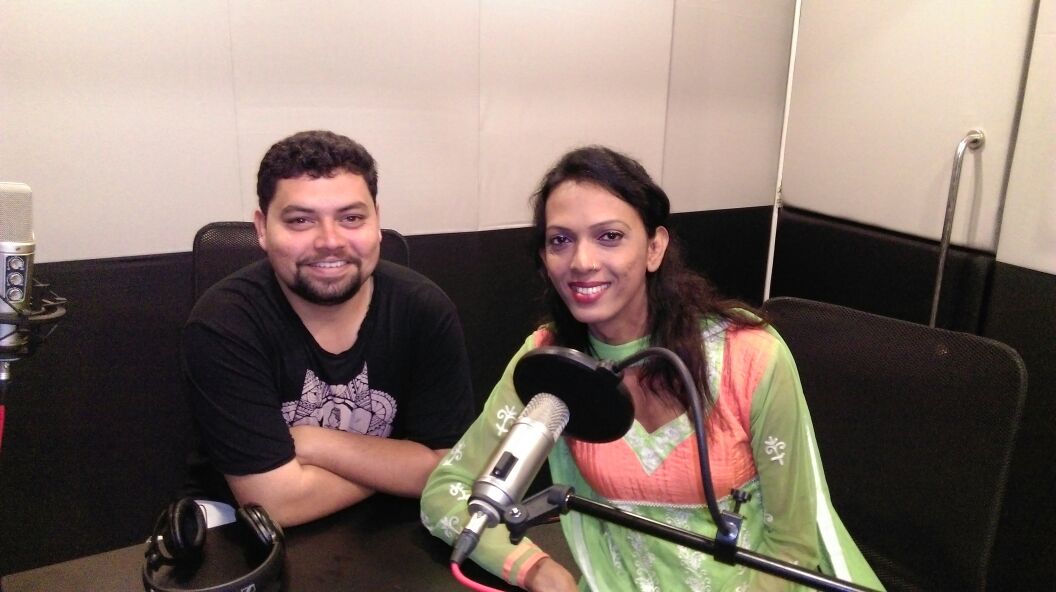 Navin Noronha and Urmi – in studio

When, and how, did you come out?

At age 19, I first came out to my best friend, whom I’d known for 10-12 years. He didn’t know much about it, but he read up about it. He came to me and said, ‘it’s cool, I accept you.’ That meant a lot to me. I told some other friends and word slowly got out that I was gay. I came out to my family in November 2015, and that wasn’t easy. I moved out of home for a while, and mulled over it. I believe it is always better to be honest and upfront about who you are. Keeping it all bottled up inside will make you feel depressed. There was also a homophobic aspect to my religion. Christianity is in some ways quite hypocritical, because it is against homosexuality, but child molesters run the churches. Though I am glad that all the cards are on the table, and I don’t have to lie.

Have you faced abuse or bullying for just being who you are?

Not really. A guy from college used to put hateful comments on my Facebook posts. But I started trolling him back. He’s just a coward behind a keyboard. My friends also showed support, and he eventually stopped. My being witty, boisterous paid off, and my childhood habit of back-answering to my parents also came to good use. Not just in this situation, but also in terms of my improv comedy.

As a person who’s studied engineering, how did you end up getting into stand-up comedy?

Some people even said to me, “You don’t look gay, you look normal.” I believe me coming out and having a conversation with people is the only way they’ll get educated and aware. I was very inspired by Elton John. Ellen DeGeneres coming out publicly was iconic not just for the USA, but for the world. I also enjoyed the comedy of Bill Hicks. I thought to myself, why not try stand-up comedy? It’s a public platform where I get to talk about these issues openly. I got a positive reaction from the crowd, hence I continued doing this. I also have a job at a podcast company, which I love. 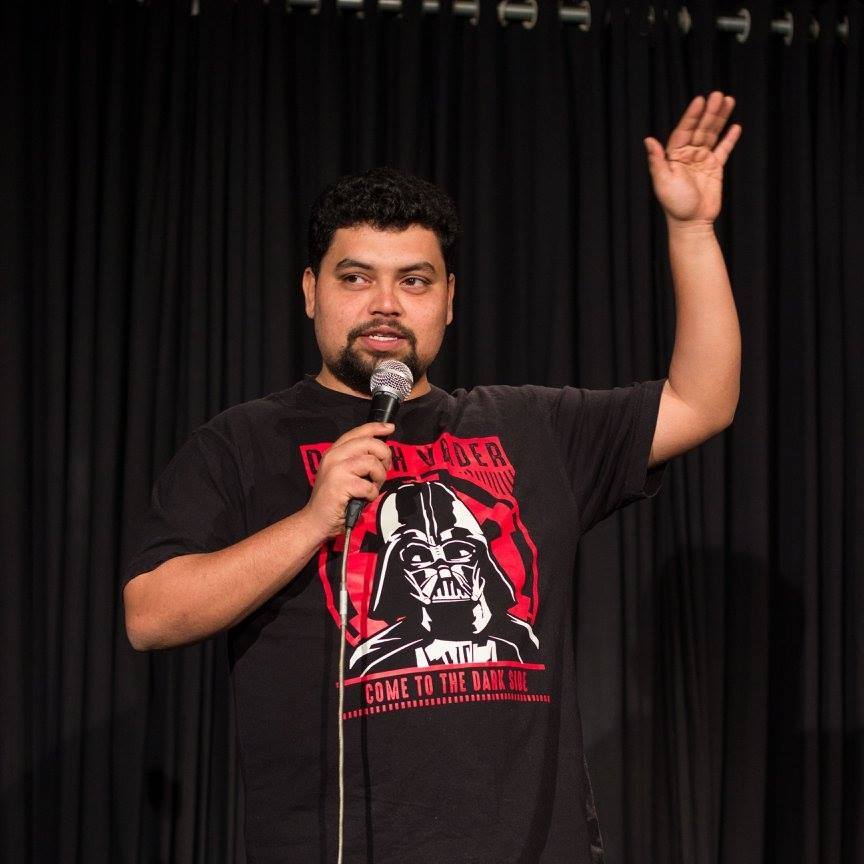 Is that where the idea of your podcastKeeping it Queercame from?

I had this idea of such a show for the longest time. I myself am a fan of podcasts. They are a space where you can calm down, immerse yourself, close your eyes and listen. You actually get to know the speaker, understand where they’re coming from and what they’re saying.

Do you think it has become easier for sexual minorities to find a voice now?

Definitely. Popular media is being inclusive about queer people and this is a great trend. Major newspapers report on LGBT rights and events.

Your show uses all the taboo words like penis, vagina, shagging with great ease. Is there any term that’s taboo on the show?

Today’s stand-up culture is such that it doesn’t hold back in punches. It isn’t formal like it was a few years ago. The language is more free-flowing. Profanities are used as they would be used in normal conversation. I try to keep that openness in my podcasts as well.

On your podcast, you’ve spoken to many prominent LGBT persons. Who was the most interesting person you’ve interviewed?

All the interviews were interesting and have taught me something. But I think filmmaker Sridhar Rangayan’s interview was very inspiring. He has seen the progress of queer rights in India through the ages, which gives him a unique perspective. He could have chosen to make films that were more popular and gave him more commercial success, but he chose to do LGBT-based ones. 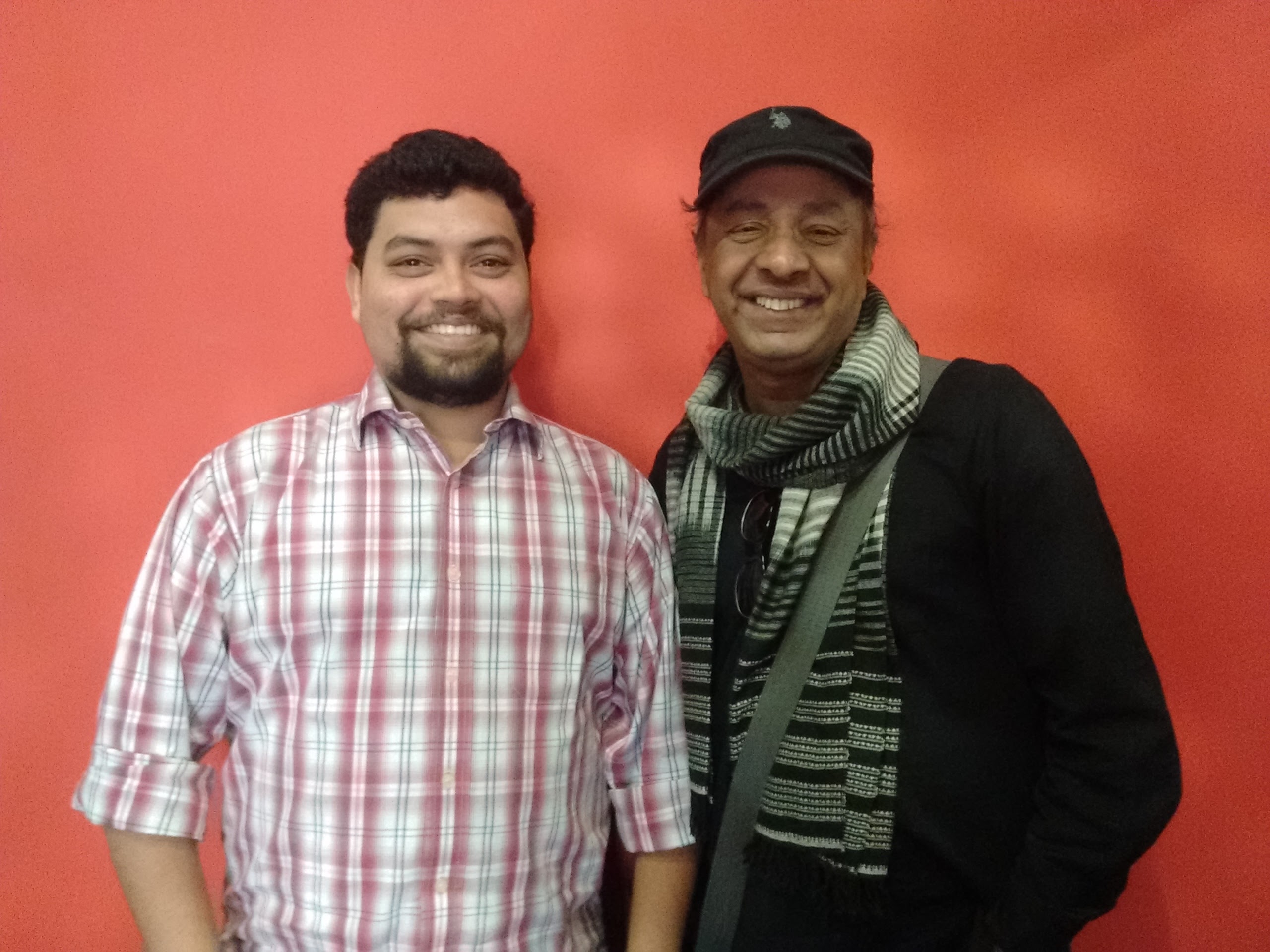 Your Mumbai Pride episode was very interesting, with interviews and march slogans. Was it challenging to record?

Everyone was very open and willing to talk. I also personally know many LGBT personas so it was not difficult. Plus, you are not visible in a podcast, so that makes some people much more comfortable.

Your interview with equal rights activist Harish Iyer and transgender activist Gauri Sawant were perhaps the most hard-hitting. What was the experience like?

Harish Iyer’s openness about child abuse was an important conversation because people who have gone through such an experience also need to understand that it wasn’t their fault. Some people are just assholes. Transgender Urmi Jadhav’s interview was pretty hard-hitting as well. The level of hate that the transgender community receives on a daily basis is disturbing. 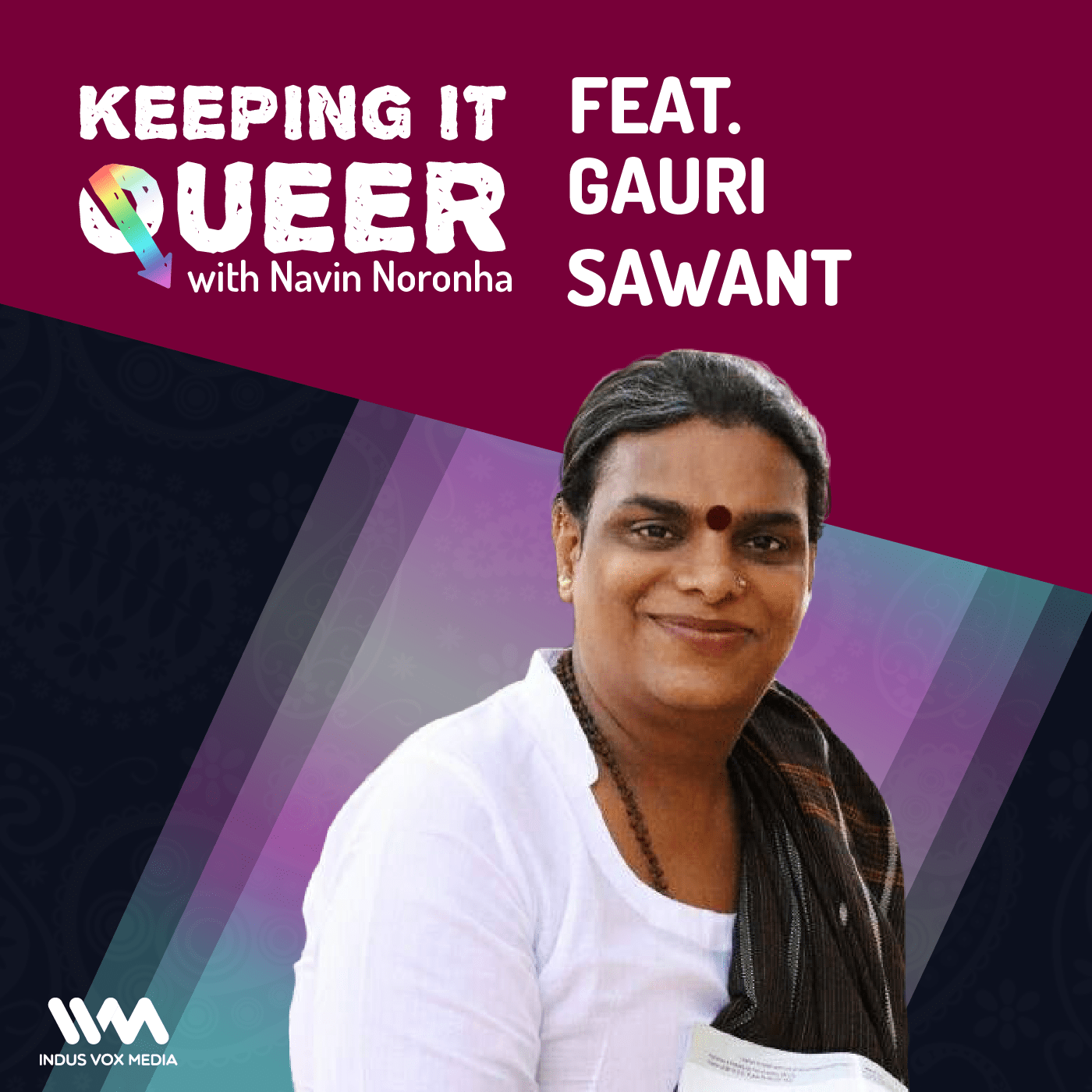 Do you think transgenders are even more ostracised than the rest of the community?

Lesbians and gays can still merge with the society and hide their identity, but transgenders cannot. We always look at them for a distance and mistreat them. What have these people done to anyone to deserve this?