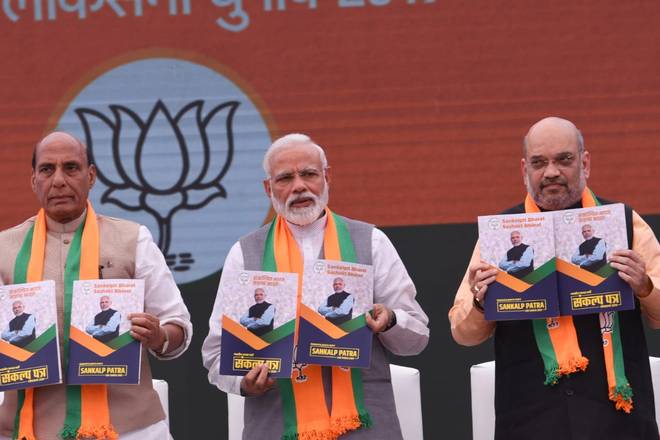 The Bhartiya Janta Party released its manifesto for Lok Sabha elections 2019. The 45 page manifesto, which was released by Prime Minister Narendra Modi, makes no mention of LGBTQI people or their rights, despite the Supreme Court of India having read down Section 377 and paving the way for equal rights for the LGBTQI community.

At page 35 of its manifesto, the party talks about empowering transgender community through socio-economic and policy initiatives and skill development for transgender youth. However, it remains silent on the withdrawal/modification of the Transgender Rights Bill that NDA had brought in, and which was opposed vehemently by the trans community.

In contrast, the Congress Party in its manifesto promised withdrawal of the Transgender Rights Bill and bringing in a new Bill in consultation with thr trans community and consistent with the NALSA judgement. It also promised gender sensitisation trainings for all government departments as well as armed and police forces. While it did not make any concrete promises for LGBTI people, it expressed its support to protect LGBTI rights and promised to ensure effective implementation of the 377 verdict.

The Left based CPI(M) had the most exhaustive list of promises for LGBTI people, and promised anti-discrimination laws, same-sex marriage law, reservation for transgender people and protection of LGBTQI students in schools and colleges.