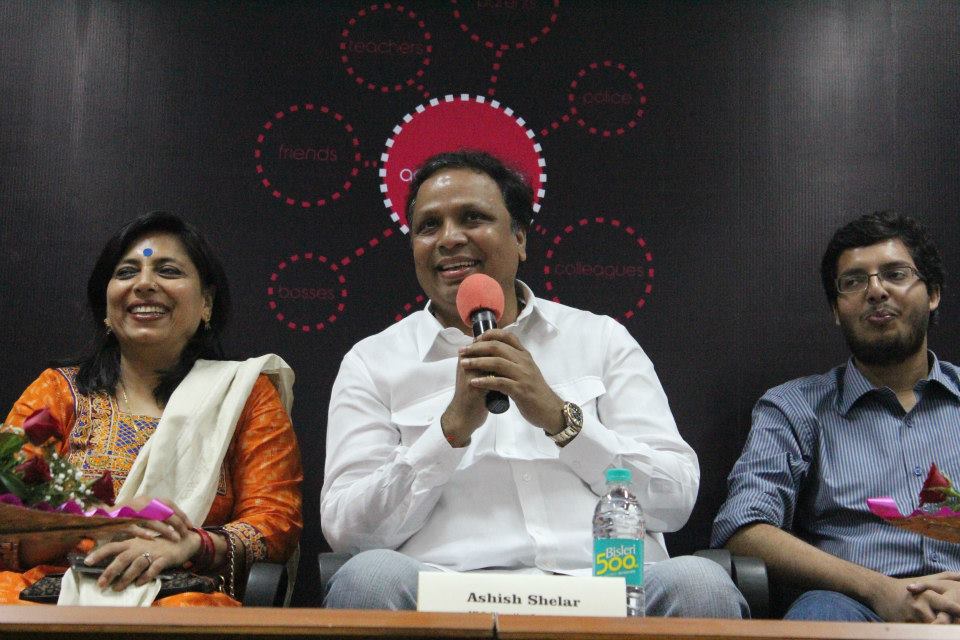 Mr. Shelar was speaking at “Acceptance Meet” organized by The Humsafar Trust, Yaariyan, Umang, Gaysi, Queer Adda, Saathi, Ministry of Miniscule Minority and Community Business, and supported by the Planet Romeo Foundation. In the meet, various individuals and parents shared their stories of acceptance by the family.

Sehlar also tweeted that the meet was an eye opener for the society at large and the community needs to be listened to. He also promised he will try to raise the issue in the Parliament as it affects over four crore people. “The Union minister of health Harsh Vardhan, has already shown his support for the cause. I also think parliament cannot ignore something which affects such a large number of people,” he said. He later tweeted, “If the issues raised by Humsafar concerns 4 crore people than surely it deserves a parliamentary debate. Will surely try for this #LGBT”

The Acceptance Meet was a special Independence Day event and was attended by nearly 250 individuals. Other speakers on the panel included Ashok Row Kavi, Ex-IPS and lawyer activist Y P Singh and activist Abha Singh. 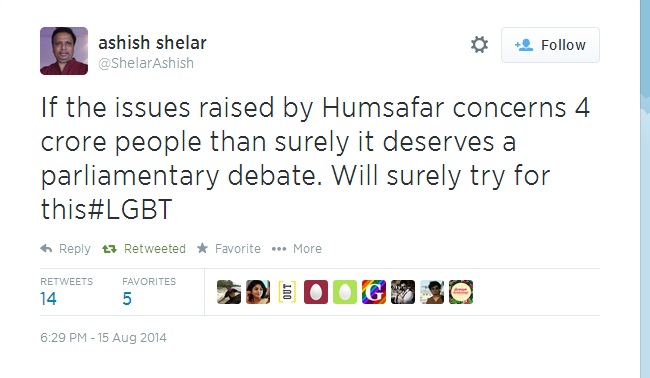