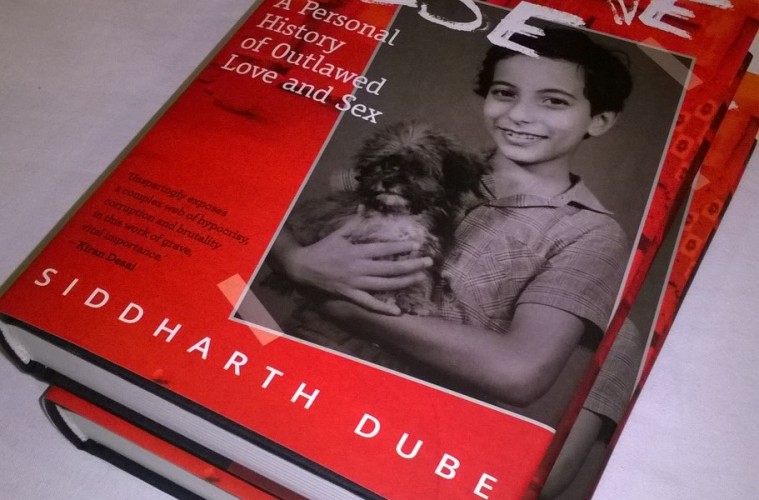 Book Launch: ‘No One Else’ – India’s First Gay Memoir

No One Else, a book by Siddharth Dube which is being called as India’s first gay memoir by its publisher Harper Collins, was launched in Delhi on 20th Nov. The launch happened to a packed auditorium at India International Centre, where Siddharth read out passages from his book, and talked about his life and experiences.

Siddharth Dube is a writer and specialist commentator on poverty, public health and development, and a contributing editor to theCaravan. He is the author of books In the Land of Poverty: Memoirs of an Impoverished Indian Family, 1947-1997andSex, Lies and AIDS, and is a senior fellow at the World Policy Institute in New York City.

The book is a deeply personal account by Siddharth, and spans his entire life – from his childhood and schooling at Doon School, to his self-realisation at St. Stephens, and his years spent at US, and then working with sex-workers in India, the book tells as much about his own life, as it tells of the sex-workers life he has met over the years. “I wanted to write about sex workers, but then I didn’t want to be an outsider talking about women who are seeking sex. So I decided to write about myself,” told Siddharth, when asked about his decision to write such a personal memoir.

Siddharth also talked about being called a “girly boy” in school, and criticised the “victorian British upbringing of brutality” in Doon and other similar schools with hierarchy and fear based schooling, where despite the homo-social environment, there was a lot of homophobia. Siddharth then shared how the HIV/AIDS epidemic was handled successfully by the Indian Government and the epidemic contained, but expressed his disappointment that due to misgovernance and wrong policies in the recent past, we are slipping now.

Asked about what he thought about the LGBT movement now, Siddharth said that some of the judges in the top court and the ruling elite seemed unconnected with the sentiments of people on LGBT rights. He commended Indians for being incredibly accepting and exceptional.