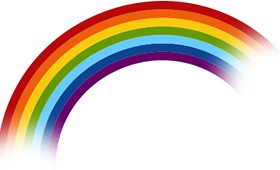 A day after US Supreme Court ruled Defence of Marriage Act (DOMA) as unconstitutional and extended federal benefits to married same-sex couples in the country, Facebook has added a new “rainbow” emoticon under the “Feeling” tag.

After the verdict by the Supreme Court yesterday, Facebook founder and CEO had put a status on his profile, “I’m proud that our country is moving in the right direction, and I’m happy for so many of my friends and their families. #PrideConnectsUs —feeling proud.” Later in the day, users could tag their feelings as “feeling pride” and a rainbow emoticon started appearing alongside. Feelings were added recently to “Status Updates” on Facebook.

To get the emoticon, click on the smiley face under your status update, click on “Feeling” to get to the drop-down menu, and then search on “Pride.”