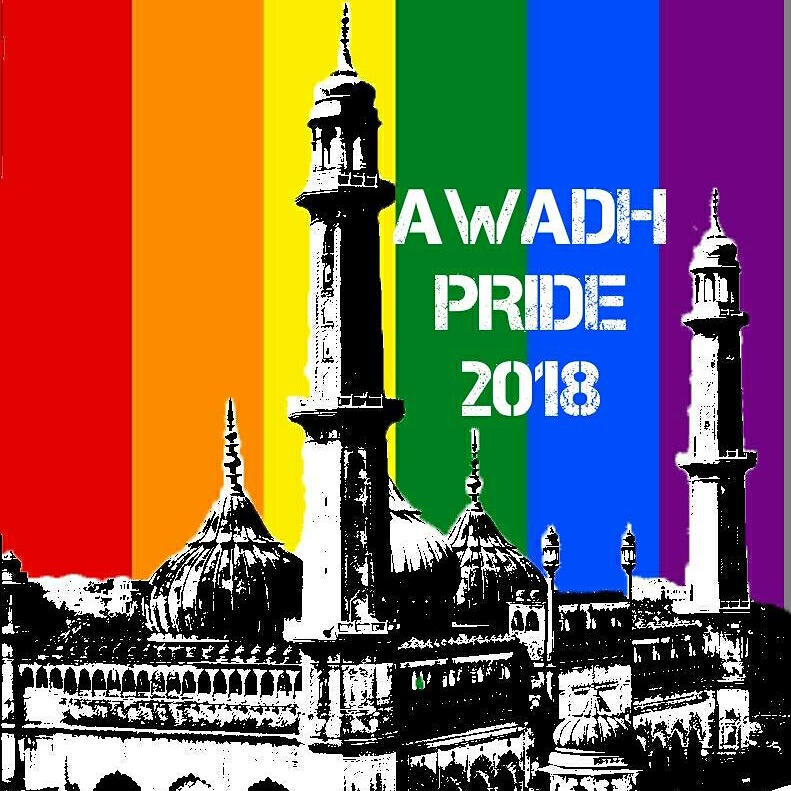 “Only a small mind needs order. Genius rules the chaos”

This is what comes to my mind when I think of homophobia. Sometimes I feel it was kinda ironic for me, a person who identifies himself as gay to ignore passive homophobia but then I had a strong reason. I am no authoritarian who has the capacity to infiltrate everyone’s mind and alter their very personal opinion. I didn’t mind homophobia until it gives you the right to shove it on my face. But then I question myself: Isn’t being a part of the fancy pride walk with all of its colours and glory in a way imposing my flashy gayness over them? This is what kept me from participating in any pride walks up until recently. My process of self realisation was as smooth and as relaxed as it could be and I never sort of cared very much about it… Most of it was just automatic and with increasing age and maturity, I became more and more self aware and confident about myself with this rather ‘different’ sexuality.
I call it that because most of my identity revolves around being the odd one out and I have sort of started to take pride in it. I wouldn’t just do things to be the odd one out. I would do what would suit me and it would land me in a totally different league than others around me. This gave me courage and made me quite confident to stand out on my own in front of strange and perhaps unpredictable situations. By the time I was about 15 I was confident enough to come out to my closest friends. I wanted it to be as special as it could be, however I was treated with some “Really!?! Wow!” and many “meh!” The overall experience ended up being quite peculiar and a rather incomplete one. I was left questioning, “That was it!? Nothing phenomenal happened?” However a little later I said the same thing in an audible tone with a smile. “That was it. Nothing phenomenal happened!”
There was also another friend circle that I had, perhaps the closest one to me in my young adolescence that I never had to come out to. I was always the true self to them and strangely none of them grew up to be straight. Coming out to my close friends helped me create a social self with my true gender as a part of it. This laid the ground framework for me to actively interact with other members of the community rather than chat across devices. This step further helped me decrease the distance between my true self and my social self. Rising up as a discreet member of this community, most of my first interactions were with other discreet people who chose to stay discreet. In them I saw some people who did not care as much about their gender and sexuality as I did and some rather pitiable people. I would call them homophobic gay people. Ironic as it sounds, they hated themselves for being gay and cursed their life through and through. Many had attempted to commit suicide and said that they had “unluckily survived”. Irrespective of how much I would counsel them they would not understand my perspective of the vanity that homophobia is.
Orthodox social norms came to dominate over them even before they could know who they are or they feared the society so much that they had to create this seemingly unbearable rift between their social and their true self. Another issue is also that parents have a hard time accepting the sexuality of their children. To them it is a burden the child has put on them. I don’t think this issue needs any elaboration… Nearly a sixth of those children chose to not see another day. All this because of homophobia, a virtual and a false image that was generated from centuries of ill and is used to justify unfair and discriminatory means of treatment even today. My will to do something against these wrong moves lead me to more selflessly realise that now I did mind homophobia until it perpetuated through the society as its practitioners held rather pyrrhic beliefs that destroyed the lives and happiness of several millions of individual, and those who rose above this initial layer of social homophobia faced criticism and were ridiculed upon.
This was the reason that I have decided to participate in the next Awadh pride march being held on 11 February 2018 and other pride events. This will be my first pride and I hope to make it an unforgettable experience. I would march to show all the homophobes that they have failed to sprout their shallow beliefs in me, march to show those discreet entities that a community and I personally stand there for them ready to help them in this regard at any moment to break the deceptive mirror that has made them afraid of their identities so far. I hope to make an impact for everyone that is in need of my presence there. Wish me best of luck!

Latest posts by Kshitij (see all)