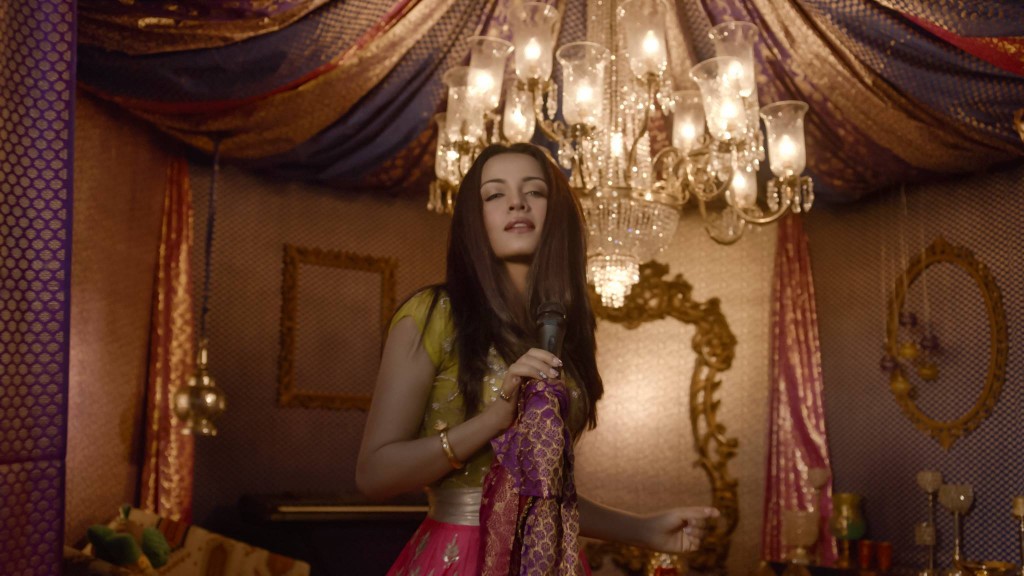 The Office of the UN High Commissioner for Human Rights (OHCHR) on Wednesday launched the first ever Bollywood-style UN music video at a press conference in Mumbai to promote its Free & Equal campaign for lesbian, gay, bisexual and transgender equality.

The two-and-a-half minute video, called “The Welcome”, stars actress and former Miss India Celina Jaitly. Jaitly, who was last year nominated by the High Commissioner as a “UN equality champion” in recognition of her support for LGBT equality, makes her musical debut in the video, singing a new version of the 1979 Bollywood classic, Uthe Sab Ke Kadam. The song was recomposed and remixed by Neeraj Shreedhar of the Bombay Vikings, and produced in association with the music company Saregama India. The dance moves in the video were choreographed by Longi – the choreographer for Slumdog Millionaire – who worked on the project pro bono, as did the entire cast. The concept for the video was developed by creative agency Curry Nation.

“It is an honour to partner with the United Nations on the incredibly timely and important Free & Equal campaign,” said Celina Jaitly. “I have been working for LGBT rights for many years, and I am honoured to contribute my musical debut to such a good cause. Music is a universal language. It can engage people’s passion, and that’s when good things happen.”

Jaitly was joined at the press conference by renowned Indian actor Imran Khan, Humsafar Trust founder Ashok Row Kavi, transgender rights activist Laxmi Tripathi, commentator and comedian Cyrus Broacha, and UN representatives. Speakers discussed the human rights challenges facing LGBT people in India and around the world and the steps needed to combat homophobia and transphobia. UN Secretary-General Ban Ki-moon sent a special message in which he expressed his support for the campaign and his solidarity with India’s LGBT community.

Commenting on the launch, the UN High Commissioner for Human Rights Navi Pillay said she was delighted to see the Free & Equal campaign extended to India. The Free & Equal campaign aims to raise awareness of homophobic and transphobic violence and discrimination, and encourage greater respect for the rights of LGBT people. The campaign, which had its global launch in South Africa in July 2013, is led by the UN Human Rights Office and has strong backing from UN Secretary-General Ban Ki-moon.

“LGBT people have historically been marginalized and subjected to discrimination and violence in India, as elsewhere. But change is coming. In the past few months we have seen an unprecedented level of public debate relating to the rights of LGBT people. As awareness grows, attitudes will change. We need to do all we can to hasten change by challenging the myths and misinformation that get in the way of understanding. That is what this campaign is all about.”