With Arrest Of Youth, Police Solves Murder of Ad Professional In Mumbai 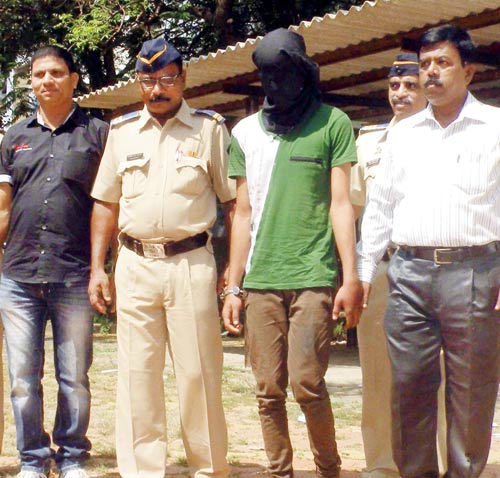 Police have cracked the murder of an ad professional in Mumbai last week with the arrest of a 20 year old youth named Nawaz Siddiqui. The victim, Chetan Bhardwaj (47) was found dead in his bedroom on the 26th floor flat at Rustomjee Elanza, Malad Apartment on 16th October. He had been living with his parents for sometime after his divorce. The murder came to light when Bhardwaj’s parents, who were visiting their older son Rajesh Jhangid, in Mira Road, asked a Malad-based friend of Chetan’s to check on him since he was not answering their calls. However Bhardwaj didn’t answer the door and Rajesh and his father went over to Malad and used a duplicate key to enter the flat at night. They found him lying dead in his bedroom in a pool of blood with knife injuries on his abdomen and neck.

Police had suspected the hand of some friend or known person from the beginning. DCP Mahesh Patil said, “There were no signs of forced entry on the door, which means Bhardwaj opened the door. We found a meal of chicken lollipop ordered from a local restaurant. A couple of beers, too, had been ordered.”

Couple of things came up in the course of investigation that helped the police trace the murderer. On 16th afternoon, an auto driver found a travel pouch on a footpath in Andheri and alerted the Bhardwaj family. Police also learnt that Bhardwaj had referred Sidiqqui’s resume to some event management firm, and this intrigued them. An official said, “Siddiqui’s cellphone number, mentioned in the resume, was switched off. We found he had received a phone call on the night of the murder from a private number owned by Bhardwaj.”

Sidiqqui, who is a window grille worker, first met Bhardwai when he went to fix windows at the then newly-constructed Rustomjee Elanza. He was arrested by police from Malad where he had gone to meet a friend. “At 10 pm on October 15, Bhardwaj phoned Siddiqui and invited him home. A fight is likely to have broken out. Siddiqui claims he was being pestered by Bhardwaj to get intimate more often and couldn’t take it anymore,” said DCP Mahesh Patil.

Sidiqqui has confessed to the crime and said that Bhardwaj had been sexually exploiting him on the pretext of getting him a job. On the day of the murder too, he forced himself upon Siddqqui, who, in a fit of rage, then stabbed him with a knife. Afraid that Bhardwaj might have shot his videos or pictures, a panic stricken Sidiqqui took away two cellphones, a laptop and a pouch belonging to Bhardwaj which was found by the auto driver in Andheri.