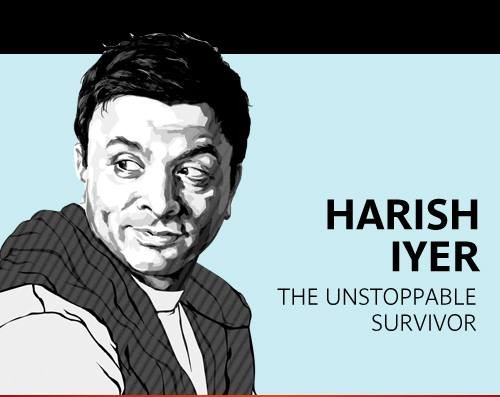 Harish Iyer; The Guardian’s one of the most influential LGBT persons living today in the world, will be speaking at the much coveted Think Conference 2013 next month at the Grand Hyatt, Bambolin, Goa. Think Conference is Tehelka’s signature event that brings together some of the most influential people from around the world. This year’s speakers include Amitabh Bachchan, Farhan Akhtar, Garry Kasparov, Nandan Nilekani, Medha Patkar and other well known names.

The conference will be from November 8-10 and Harish will speak on day one in the session “The Beast in Our Midst: Rape Survivors Speak Their Stories” with two other iconic survivors Manisha Devi and Suzette. A heroic survivor of over 10 years of sexual abuse by his own uncle, Harish today is one of the most well known social activist and works against child sexual abuse, for LGBT rights, women’s safety, environmental concerns, and the rehabilitation of survivors from the 26/11 terror attack in Mumbai among many others. He has been a living inspiration for many out there.

When asked about his participation in the conference, an excited Harish told Gaylaxy, “How does anyone feel when he shares the stage with Robert De Niro, Amitabh Bachchan, A R Rahman, Farhan Akhtar, Girish Karnad, Naseeruddin Shah, Mansoor Khan and many many others?? You tell me!!!” He also threw some light on what he is going to speak about, “I would be speaking about Rape. I look forward to sharing my personal story of (male) child sexual abuse, my learning, about POSCO (The Protection of Children from Sexual Offences Act 2012) . I wish to elucidate the fact that because I am gay and also a survivor of Child Sexual Abuse, it doesn’t imply that I deserved/ enjoyed being abused. Or that Abuse made me gay.” He went on to add, “Every heterosexual woman doesn’t attribute her straightness to the fact that she was touched inappropriately by a man in childhood, or for that matter, it is also a fact that many men who get abused by men, are heterosexuals today, just as some of us are gay.”