‘A Silent Saga’: A Queer Themed Calendar From Calcutta 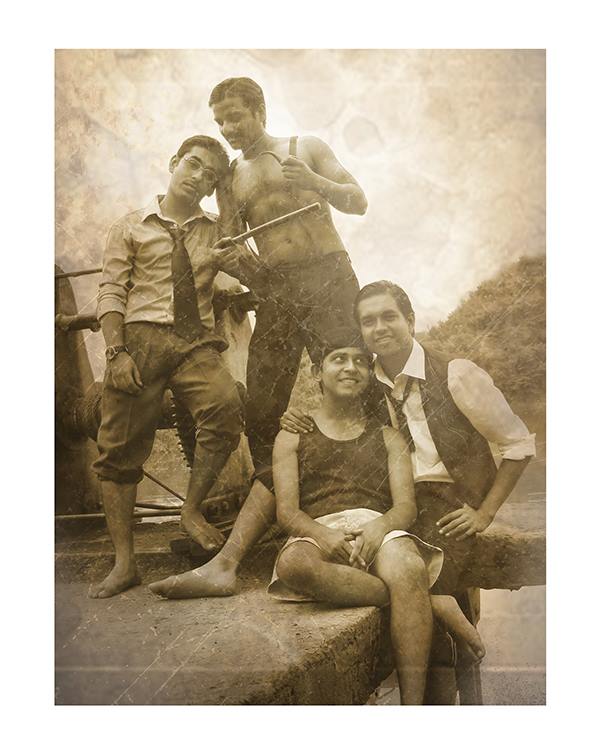 The boys at picnic

Are calendars just to mark dates or to follow up with anniversaries? Can a calendar transcend time? If you think yes, then your belief is valid. Kolkata based Archan Mukherjee has come up with a unique calendar which will take you back to the colonial period of Kolkata (Oops, Calcutta I mean), yet make perfect relevance to the present day.

How would have been the lives of queer men and women in the colonial period? This calendar portrays some of the answers to that question. ‘A Silent Saga’ is more than a calendar; it takes you through a small trip down the memory lane with interesting characters, sharp tones, colonial settings and candid moments. It’s a very well researched imaginative portrayal of queer characters from colonial Calcutta.

It took five months of digging into old books, paintings, photographs, historical references and political records. “Since the photographs had to look as though they were taken during the colonial era, a lot of emphasis was placed on the style of photography. The idea was to make people believe as though these photographs were taken back then and were accidentally found today,” says Archan.

Each photograph is unique and has a small story to share. ‘The lesbian couple in the studio’ is based on the stories of elite women from Calcutta visiting London during 1910-20 and being exposed to the open-minded western lifestyles. ‘The boys at picnic’ is from the period 1930-45 where personal camera had become affordable by the affluent class. ‘The husband with his wife standing behind with another woman’ is another interesting photograph which speaks volumes of the hidden lives from that period which was lost in oblivion. ‘The studio photograph of a transgender performing artist’ depicts the time when it was common for male actors to portray female characters on stage. 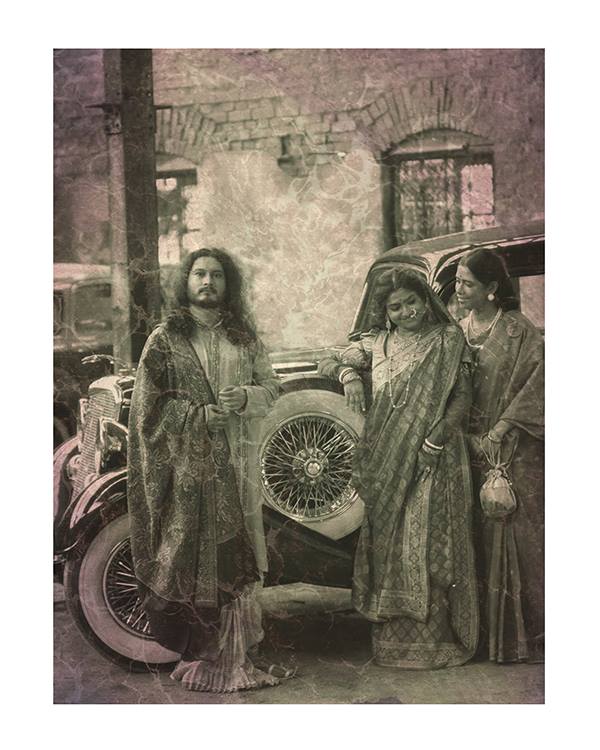 The husband with his wife standing behind with another woman

‘A Silent Saga’ addresses the unrecognized lifestyle that has always been a part of our proud heritage. “The entire idea of a queer calendar came to me on that gloomy evening when director Rituporno Ghosh passed away. I was standing in Nadan (where his body was kept for the last glance) and thinking about his contribution towards the queer movement through his artistic cinema that created awareness. I thought how could I contribute (however small it may be) to carry the movement forward. And that is how this idea emerged,” explains Archan.

A doctor by profession and pursuing his masters currently, Archan Mukherjee started learning photography during his modeling days and the art attracted him more than any other commercial ventures he had taken up. “Queer life has always been put to oblivion. Set in colonial Calcutta, this docu-fiction calendar is a tribute to all who were forced to live their real lives in silence,” he adds.

The calendar was launched in November 2013 and was sold out within two months of its launch. Archan has already started conceptualizing his images for the next year.