The languid afternoon hours melted into the pre-summer heat as a splash of colours descended on the roads of Chandigarh this Sunday, March 26, with the week-long Garvotsava, a celebration and an appeal for equal rights for the LGBTQ community, culminated in the pride walk. 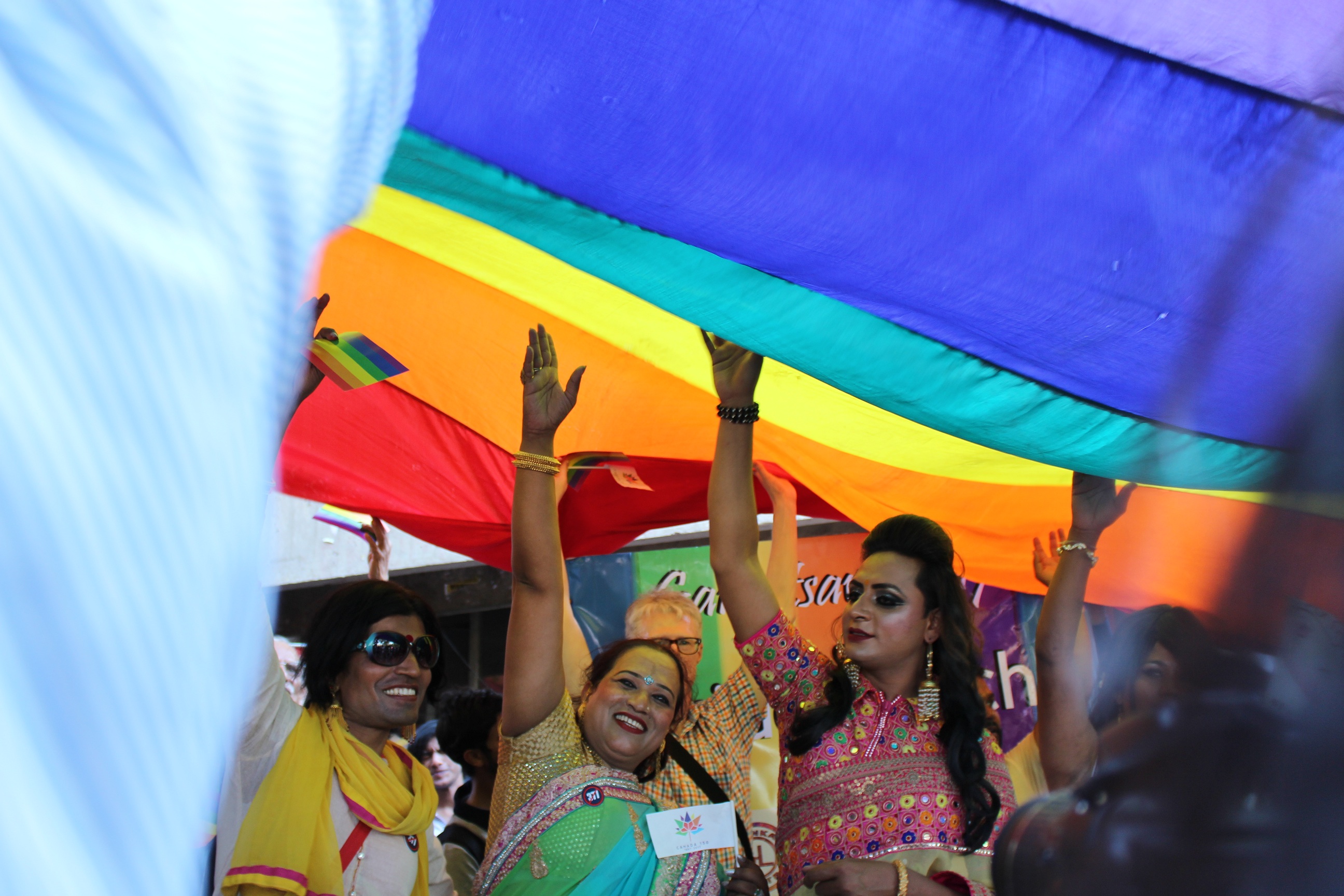 Organised by Saksham Trust and Alankar Theatre in collaboration with the Canadian Embassy, Chandigarh, Rotaract Club of Chandigarh, Scruff, Delhi, and Panjab University, Garvotsava saw a week of activities, seminars and other events to encourage conversations about the rights of sexual minorities. These included a seminar on Gender Mainstreaming; Chetan Datar’s play Ek Madhav Baug, enacted by Mona Ambegaonkar, courtesy of Humsafar Trust, Mumbai; film screenings, and a street play. Garvotsava also had the pride of hosting participants from various parts of the country.

On Sunday, the action started with a flash mob organised by the transgender community at the university’s Student Centre. Dressed in colourful, traditional attire, the singers and dancers drew a massive crowd of spectators, some of whom were made willing participants in the revelry. The familiar folk strains of the performance — both humorous and lively — had an instant connect with the onlookers. 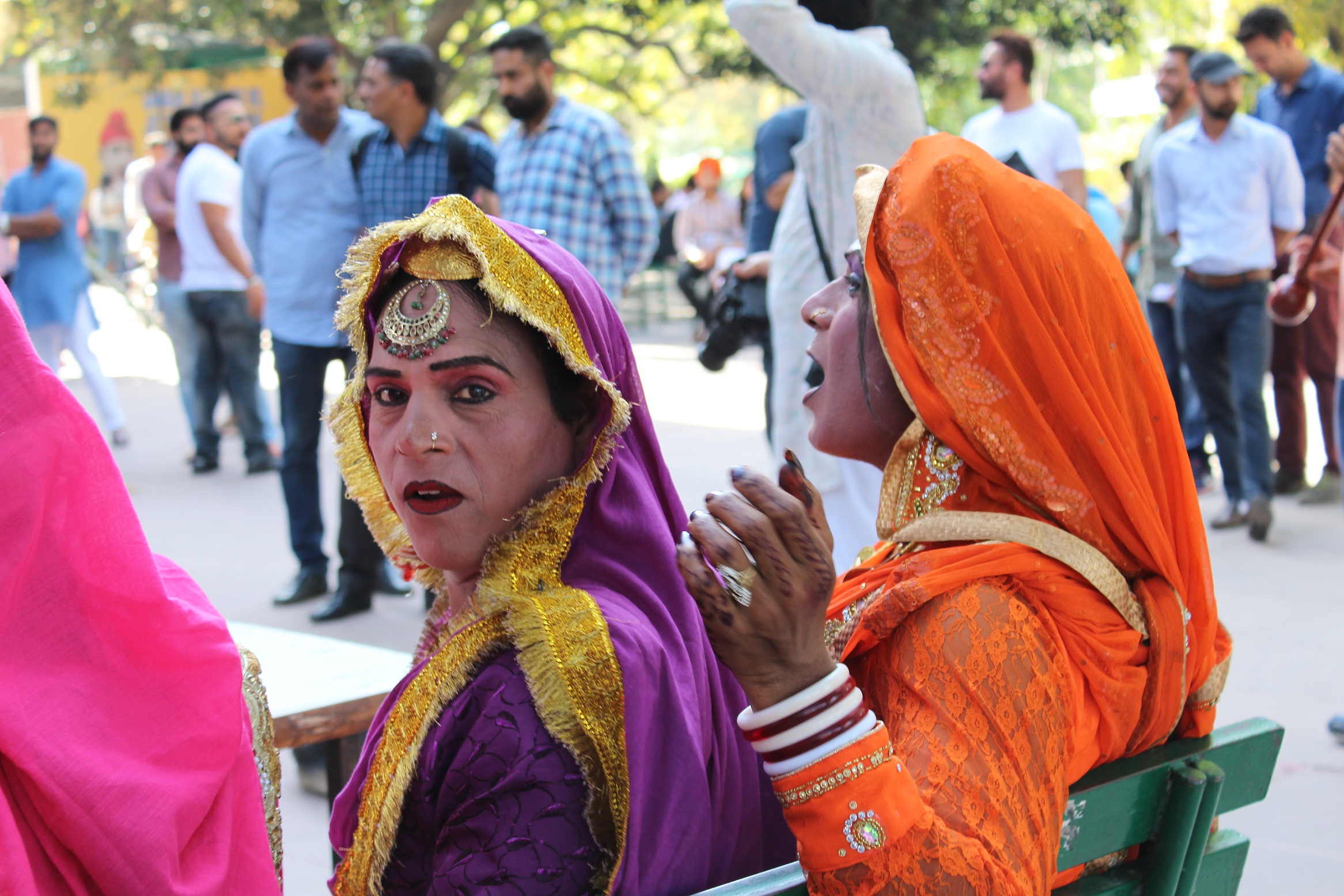 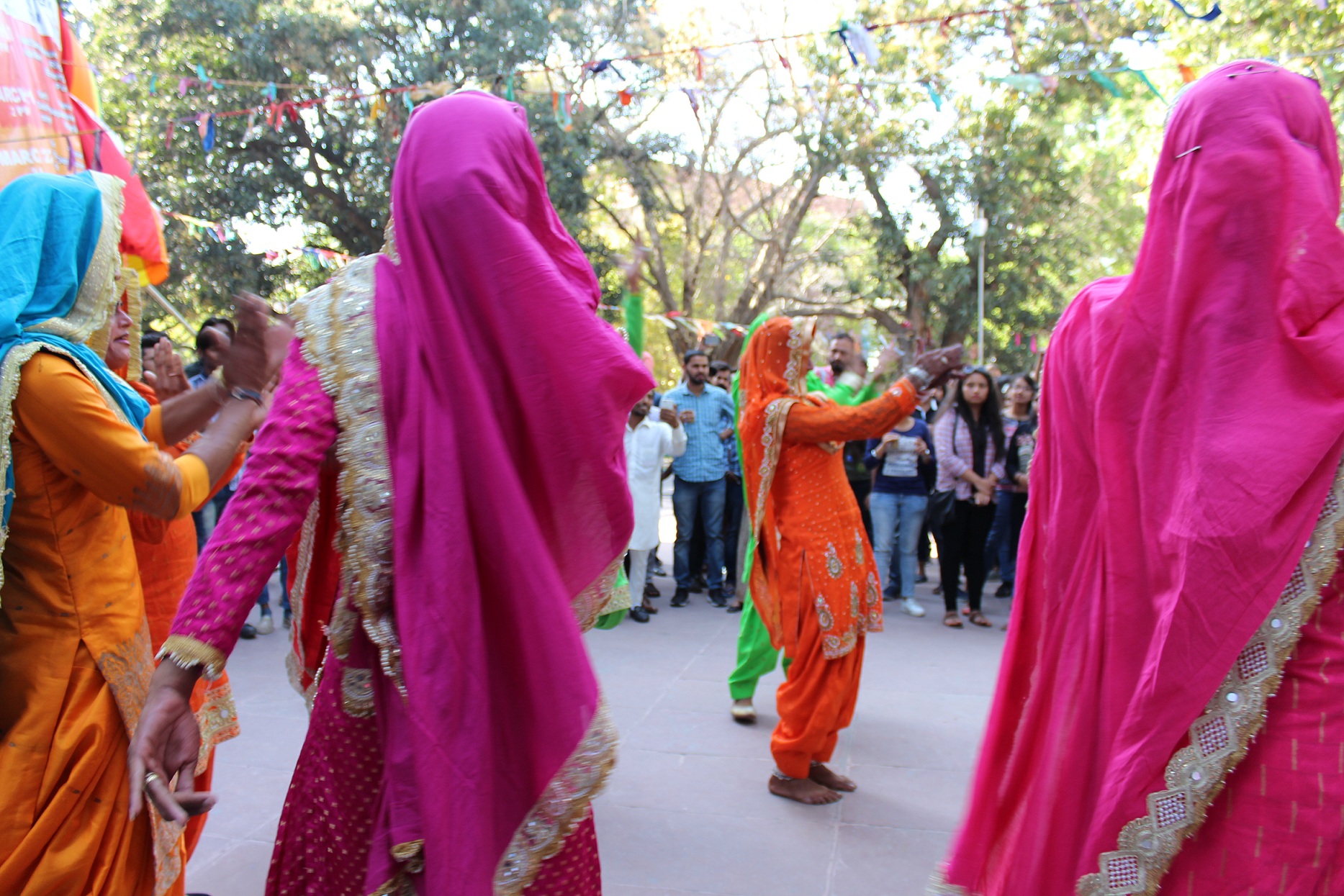 Following the flash mob, the pride walk commenced from the Student Centre. Armed with banners, balloons, and the pride flag, the marchers proceeded towards Sector 17. As the group marched, the beats of the dhol filled the air with energy, spurring the participants to break into a joyful dance of diversity. 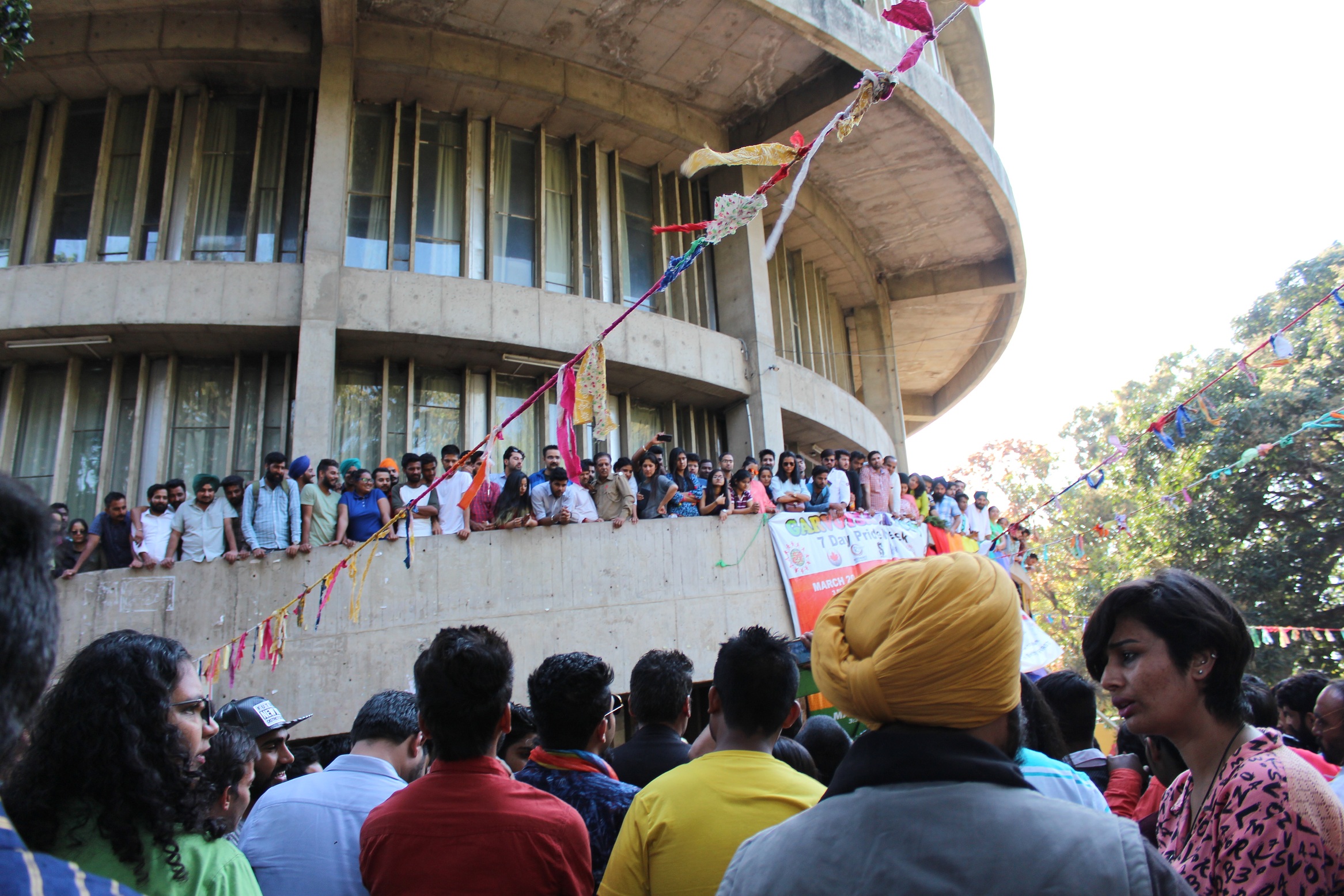 Curious onlookers at the Student Centre of Panjab University, from where the Chandigarh Pride started (Picture Credit: Gitanjali Arora) 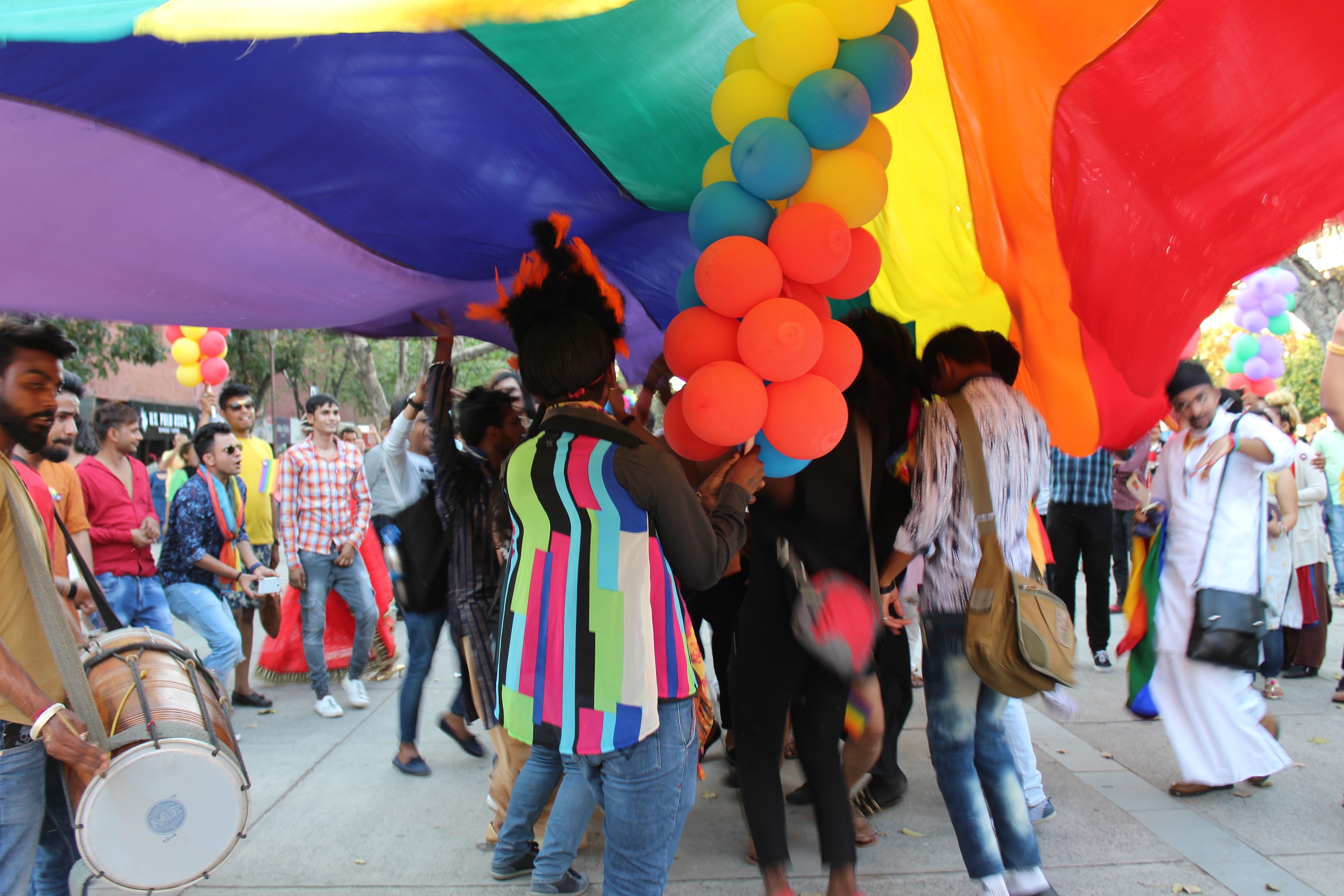 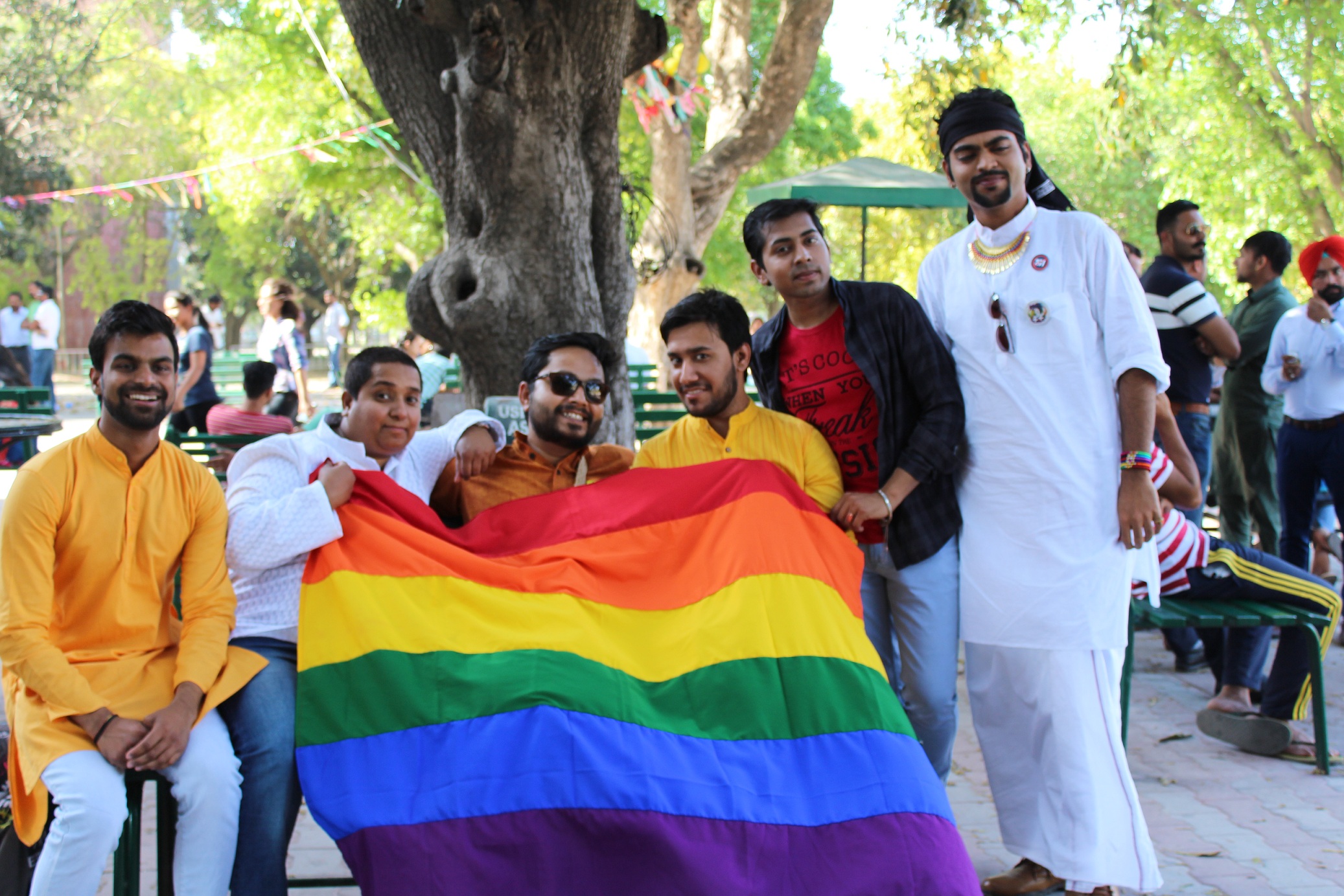 Heads turned, with some onlookers wearing a curious look, while some waving and smiling at the participants. And there were still others who took the time to stop one of the marchers and ask them what this was all about.

Kodukula Venkatesh, who came all the way from Kolkata, attended each event at Garvotsava. “It was amazing to be present for the entire Garvotsava,” the self-employed 25-year-old said. “I appreciate all the hard work put in by Dhananjay, Alankar Theatre and the students of Panjab University.” 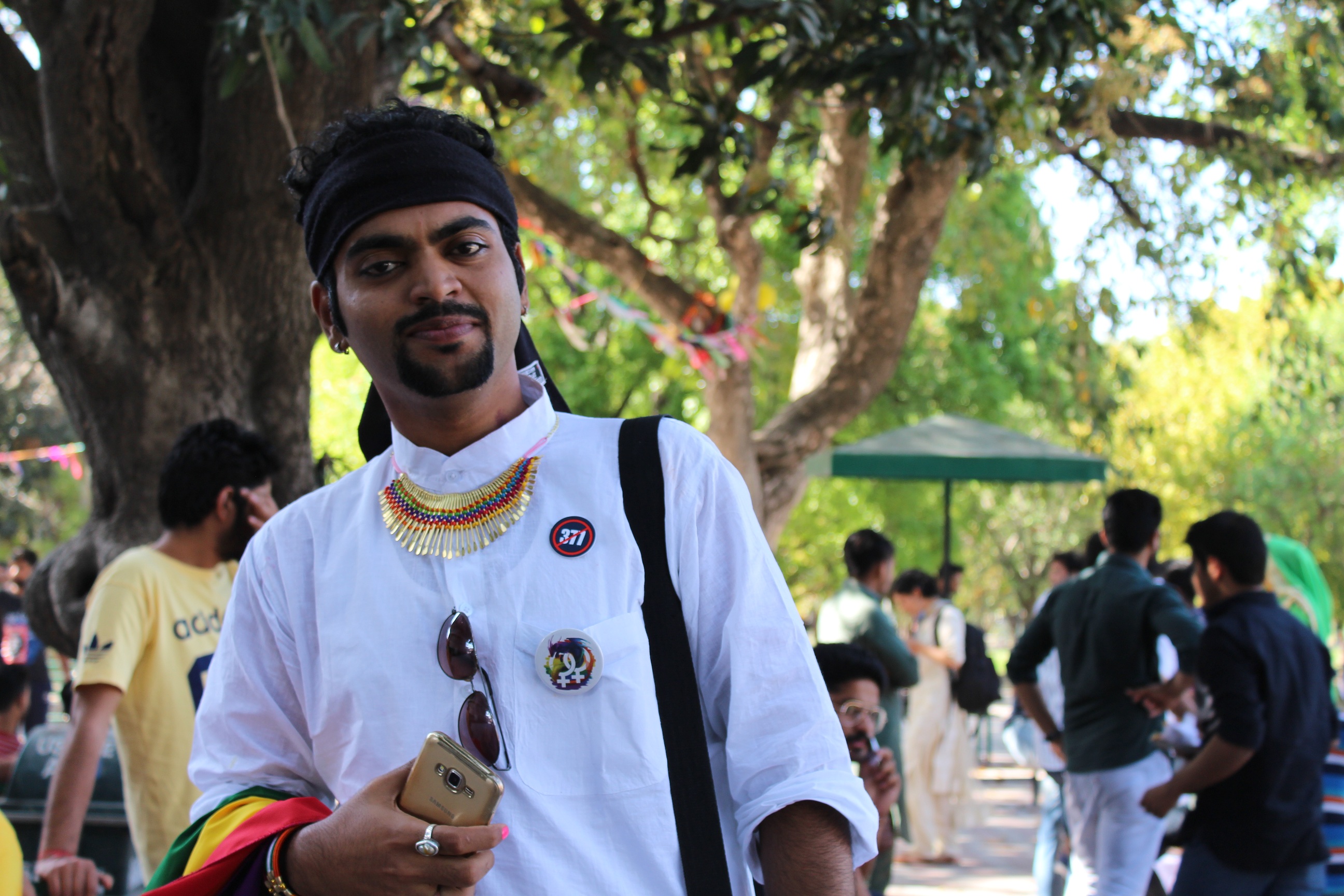 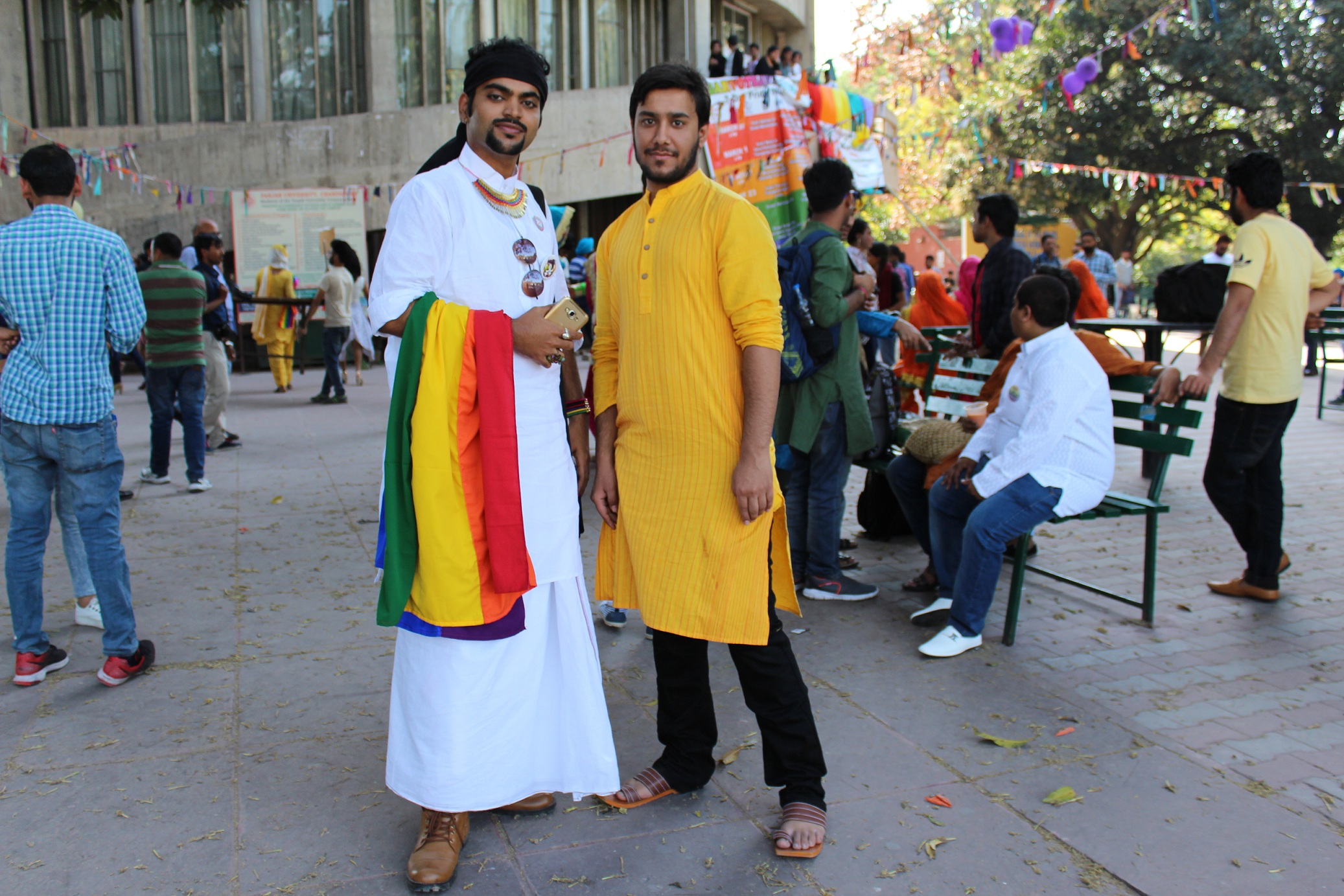 Venkatesh, who has attended pride walks in other cities, said Garvotsava was unique in its collaboration with Panjab University, because it brought about awareness among many university students who did not know about the status of LGBTQ community and its rights.

Ram Rao, who is based in Chennai and volunteers for various LGBTQ organisations throughout the country, said, “Chandigarh pride is organised by both the queer community as well as our allies.  It shows what can be achieved if we work together.”

The 34-year-old dressed specially in a Punjabi salwar kameez for the occasion. “I am bigender person — equally masculine and feminine. My attire was feminine as the society perceives it, but my body is masculine. I did this also to tell people that we are the product of nature. We are both masculine and feminine in our own ways, which needs to be embraced and appreciated.” 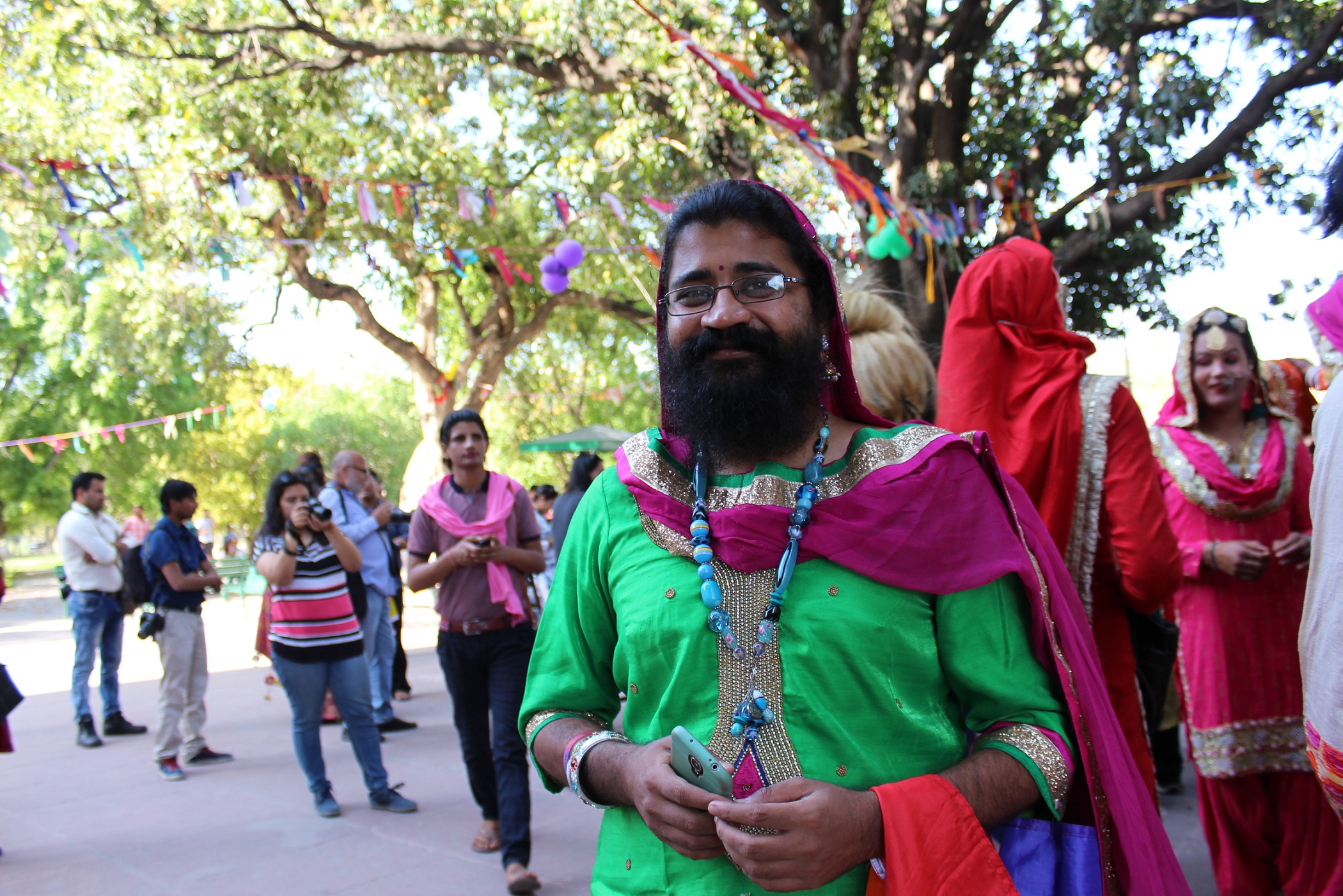 Dhananjay Mangalmukhi, president of Sakhsham Trust, who was instrumental in organising Garvotsava, did not have it easy initially. What, however, helped was her own realisation of her identity as a transwoman, and relentless efforts to sensitise the university towards sexual minorities. “This was the first time we could put the university logo on our banners. It was a moment of pride for us,” she said.

Notwithstanding a few hiccups in getting permissions for venues for Garvotsav, the week, she said, saw a warm and enthusiastic response from students. “Never before had the campus looked so colourful.” Also helping the cause was the fact the Dhananjay herself is a student at the university, so getting the requisite formalities done was easier than previous years. 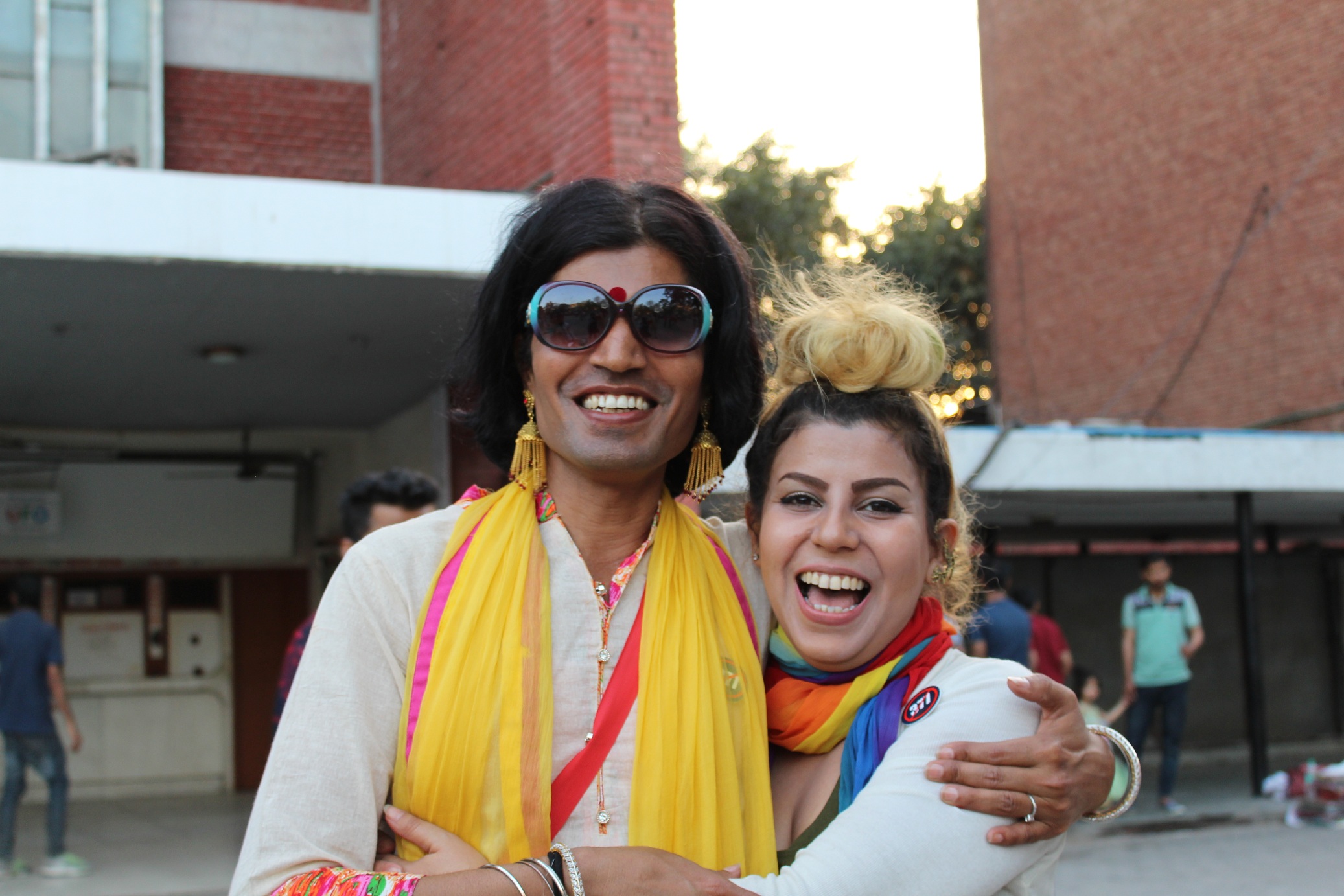 What perhaps sets Chandigarh Pride apart is that it is organised at an academic institution, and ends at a public place. “We start at the very source of knowledge dissemination. That way, our aim is to have a lasting impact of our efforts, and we hope that this will shape the attitude of future generations,” Dhananjay said.

Bhanu Pratap Pangtey, executive director of Saksham Trust, agreed. “The straight allies were more involved in the organisational activities than earlier. There were more activities, and Garvotsav was also a cultural week of sorts. Hence, our outreach was wider than previous pride walks,” Bhanu said. 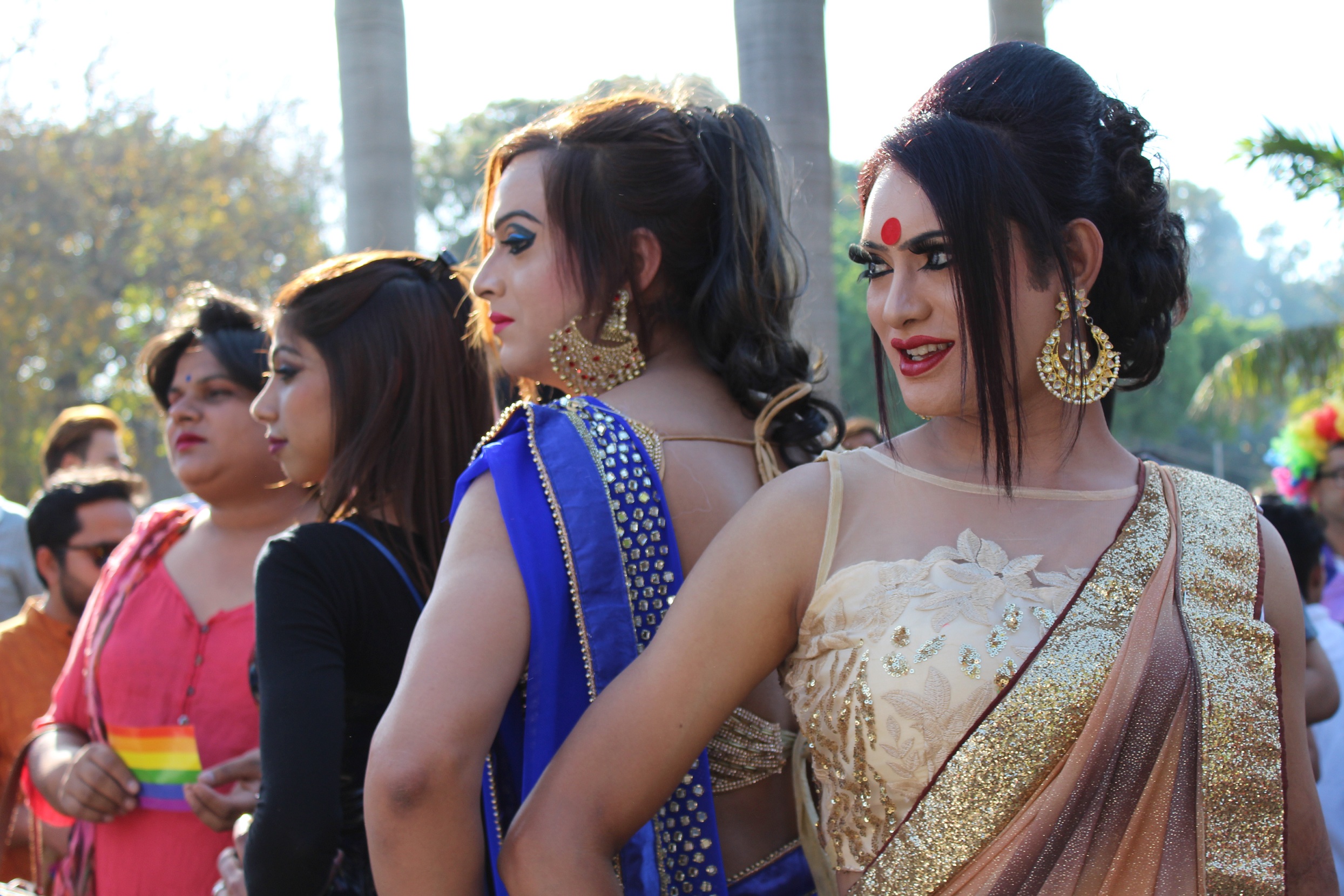 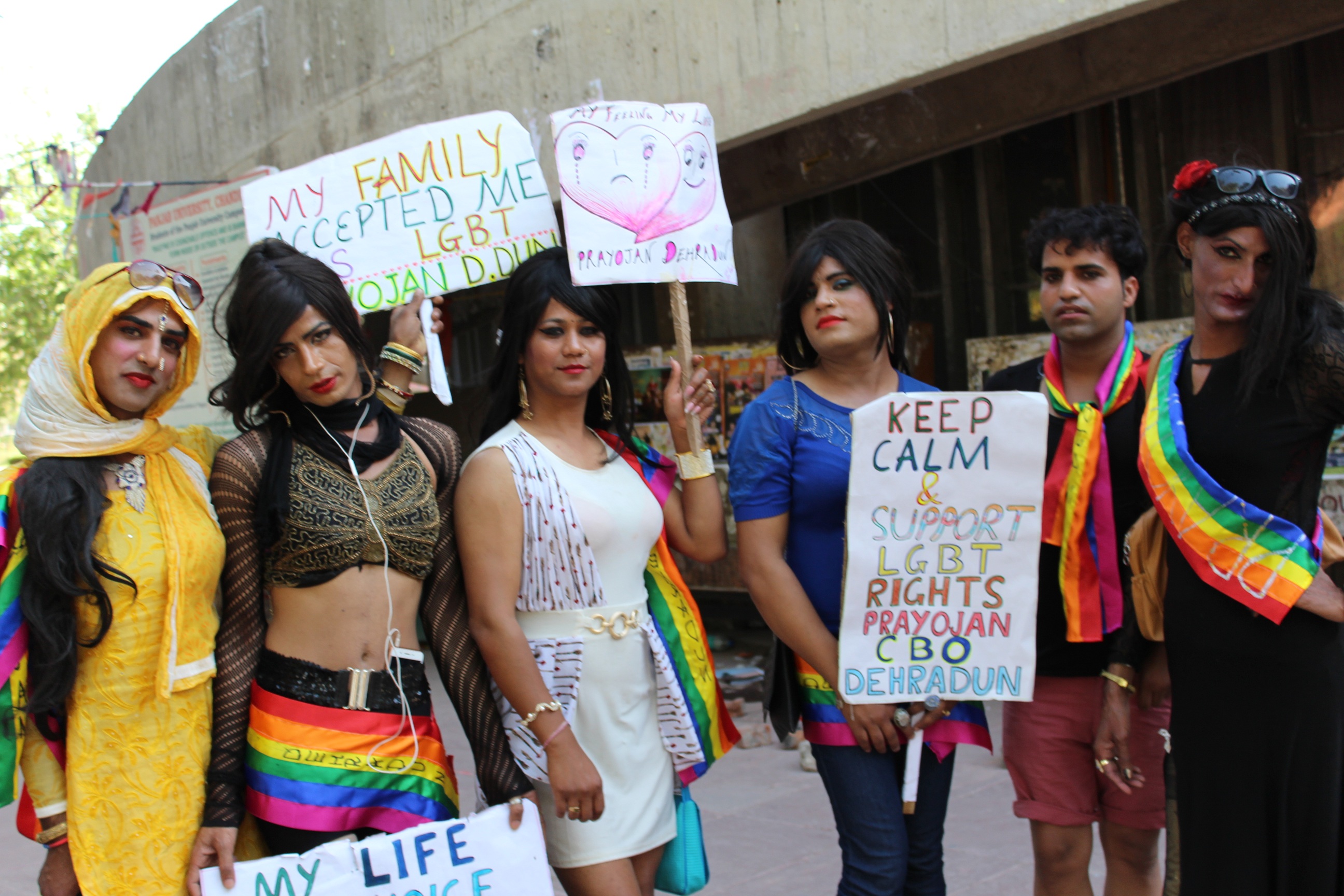 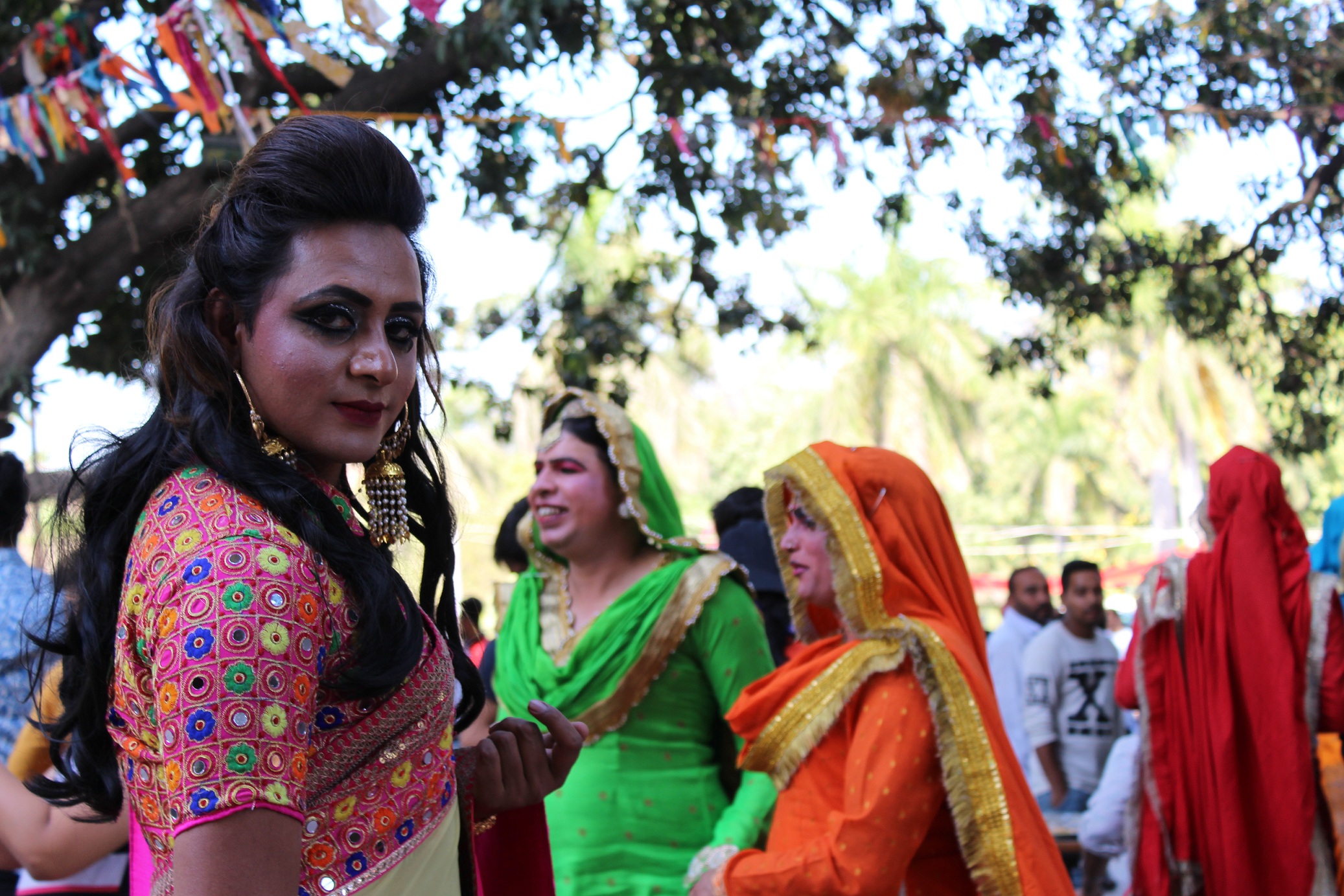 Haripal Baluja, a straight student of the university, said he wanted to know more about the issues of human rights and walking with the marchers gave him a new perspective. “I want to tell straight people that falling in love with a person of the opposite gender comes naturally to them. What if they were forced to develop the same feeling for a person of the same gender? It is the same with LGBTQ people, you cannot force who they should love or marry.” 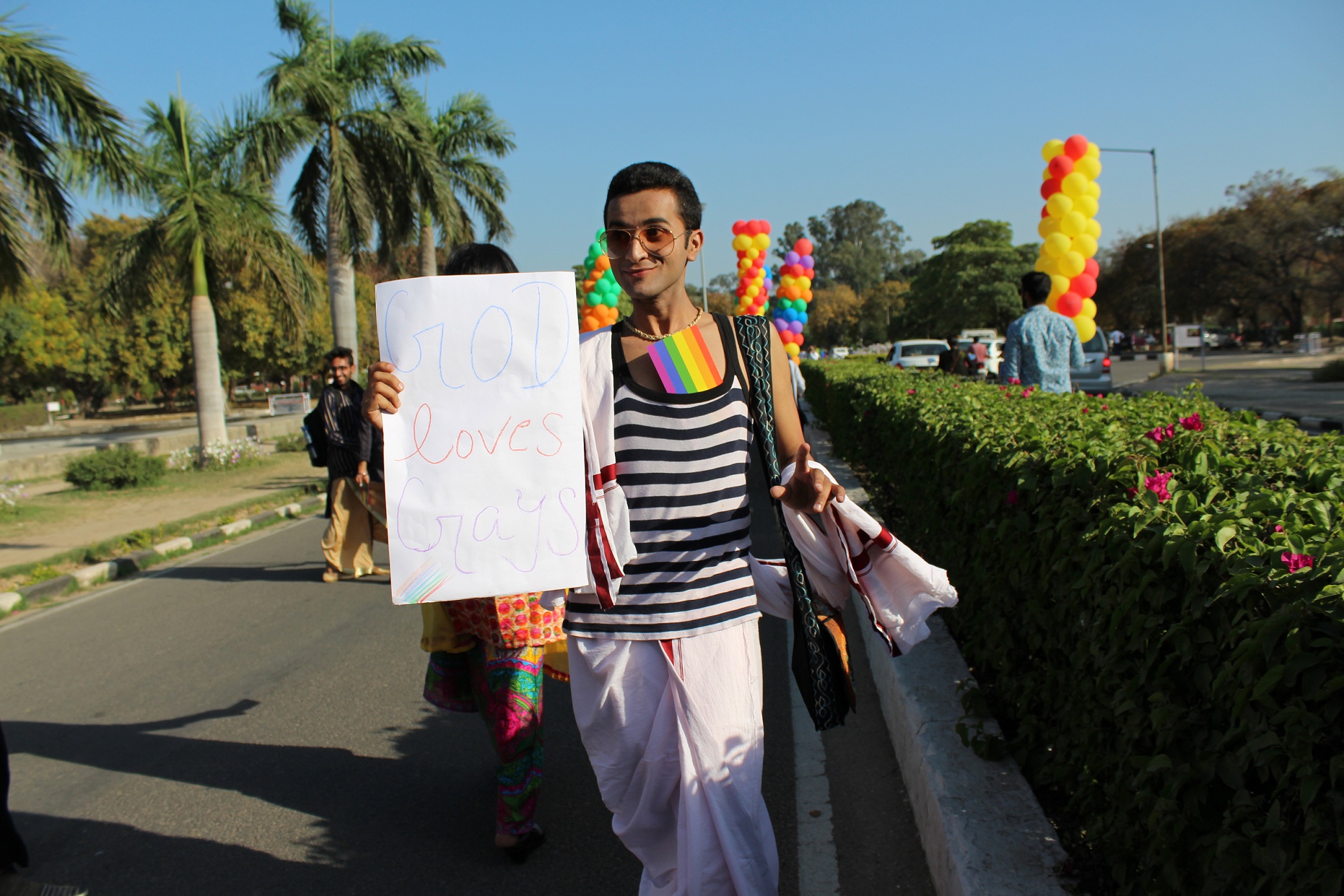 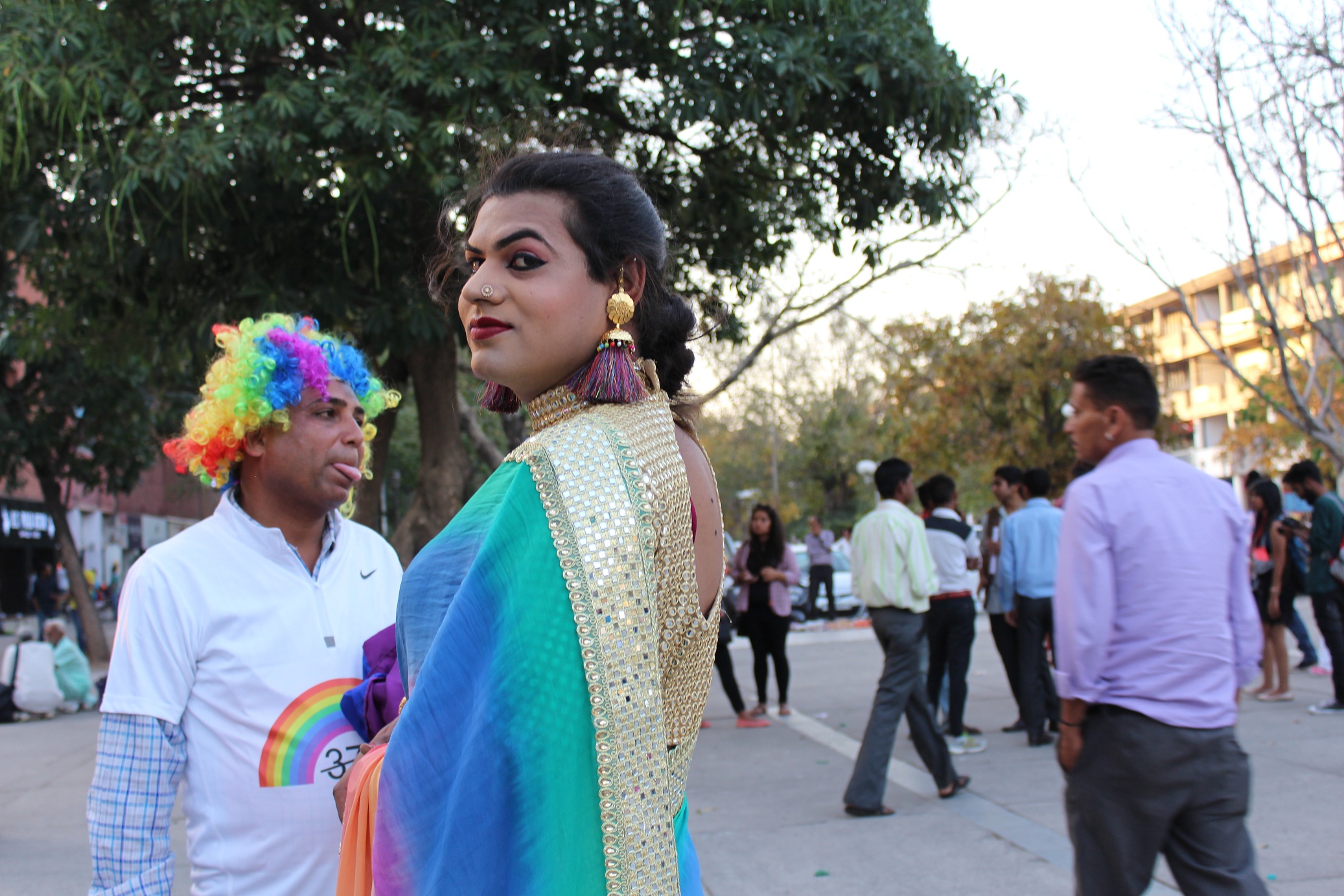 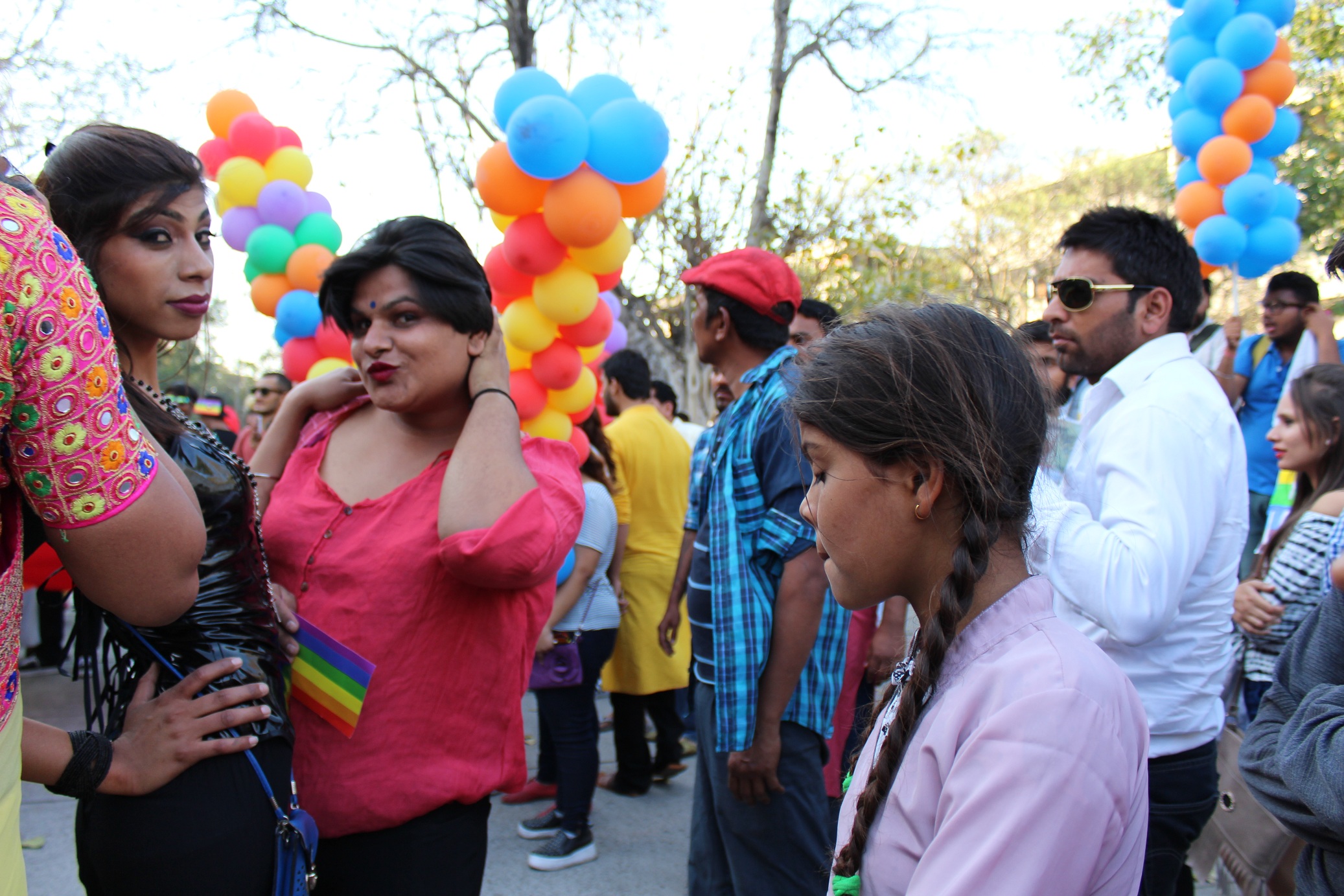 The marchers finally reached Sector 17 Plaza, where the march ended after some speeches and more dancing. The shoppers at the venue, as elsewhere throughout the march, stopped to watch and listen. As an autorickshaw driver at the plaza remarked, “Haan sir, pyar karne ka haq sabko hona chahiye [Yes sir, everyone should have the right to love],” the message had hit home — at least on the street — this last Sunday of March. 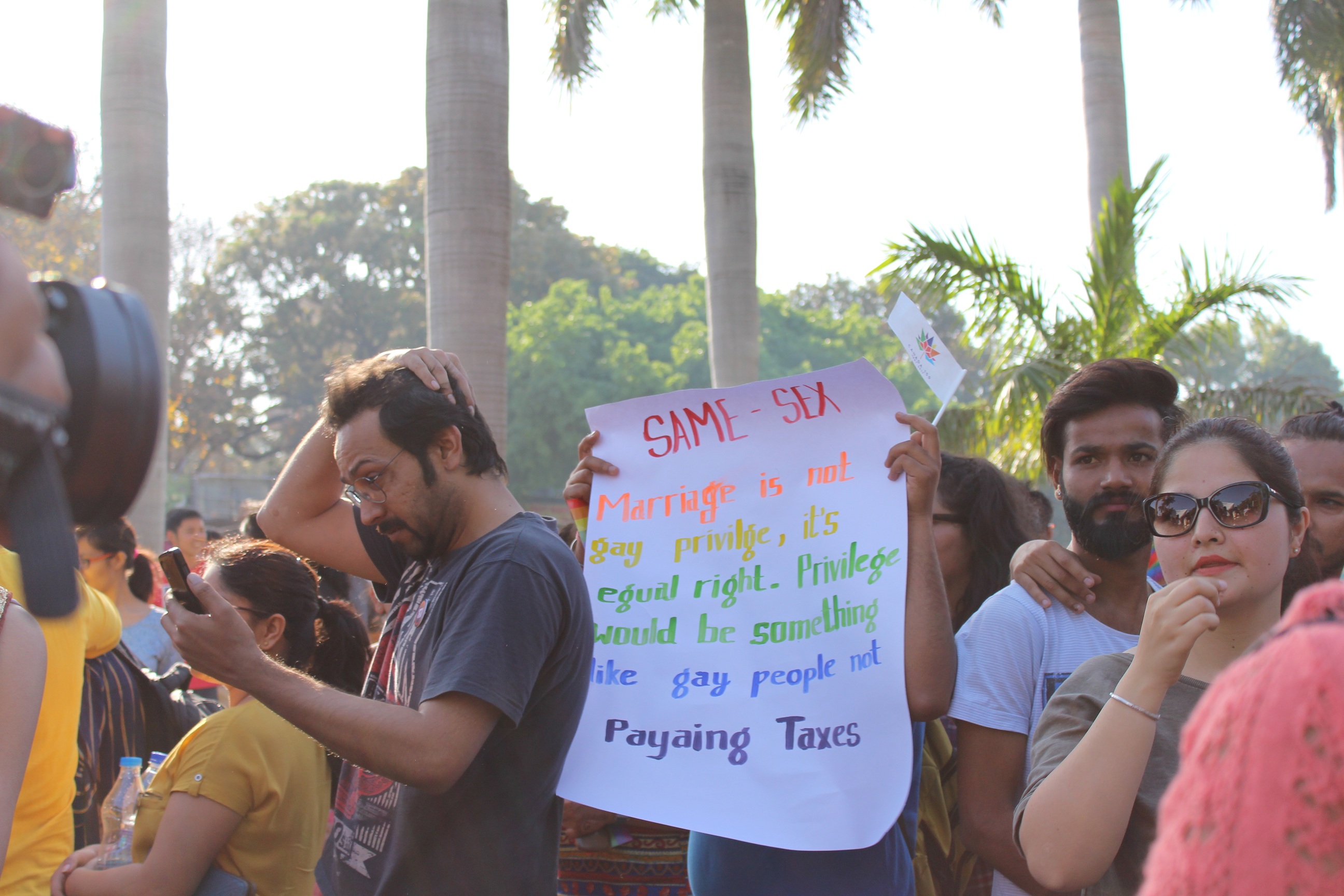